by Jonathan Wojcik and Rev Storm 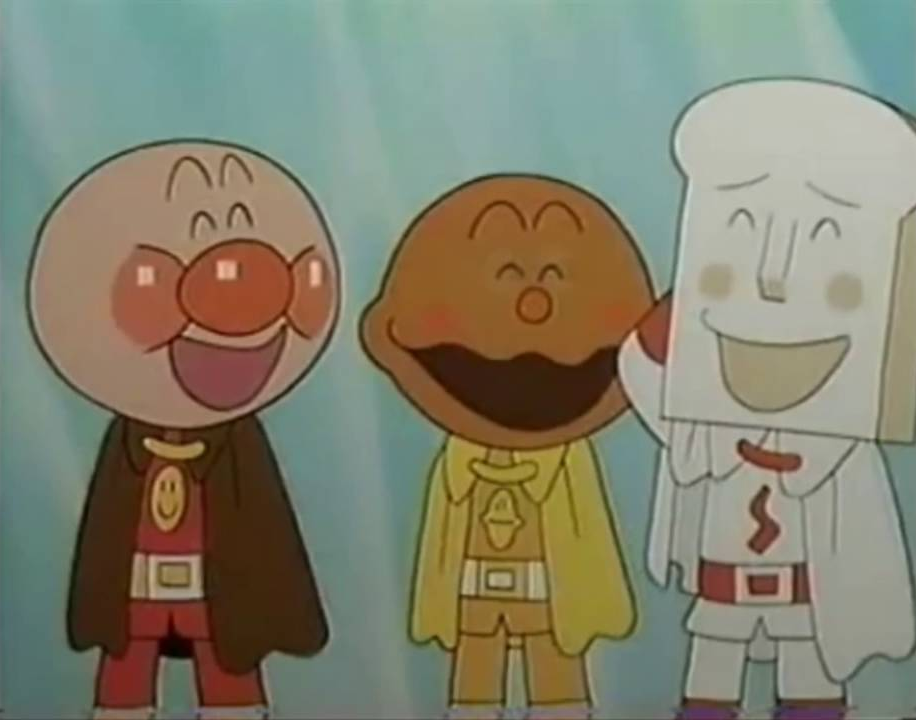 Well, that sure was something, huh? I'm not sure I expected our review of Anpanman to get so emotionally intense, and we won't really try to keep that up, but there'll be no shortage of weird stuff to come, trust me, beginning with the rest of Anpanman's "immediate family " before we get to move on to the villains. 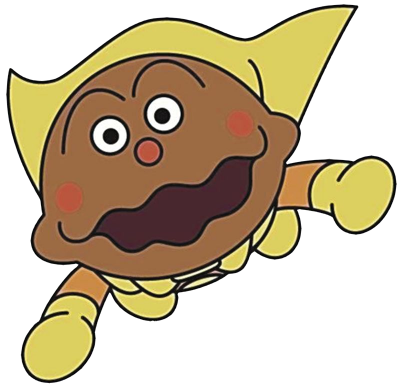 So, this here is Currypanman. Isn't he beautiful? Majestic, really. If you weren't aware or hadn't easily guessed on your own, he represents a type of bread roll with a filling of spicy curry, which may or may not include meats and vegetables. That's about as different a flavor sensation as you can get from anko, and in fact, there's an idea in Japan that "sweet" and "spicy" are direct opposites or rivals to one another. 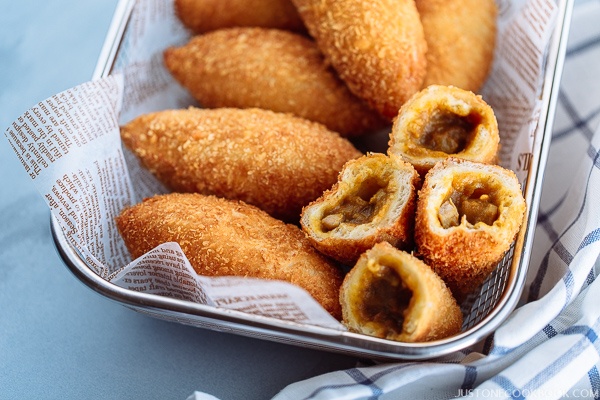 This would make Currypanman prime "bad guy" material, but since everyone with bread for a head is a hero or at least an antihero in this universe, Currypanman is instead just kind of a jerk, or as he puts it himself, "a spicy guy in a world full of sweet people."

This use of "sweet" doesn't just refer to someone being kind or mild-mannered, but especially someone naive. Currypanman basically fancies himself the only worldly, realistic grown-up in a world full of saccharine nonsense, and is one of the only main characters to engage in such vulgar brutality as teasing and sass-talk...and, uh, the time his fellow bread person Shokupanman was basically being eaten alive by mold and he asked Anpanman if they really needed to save him. 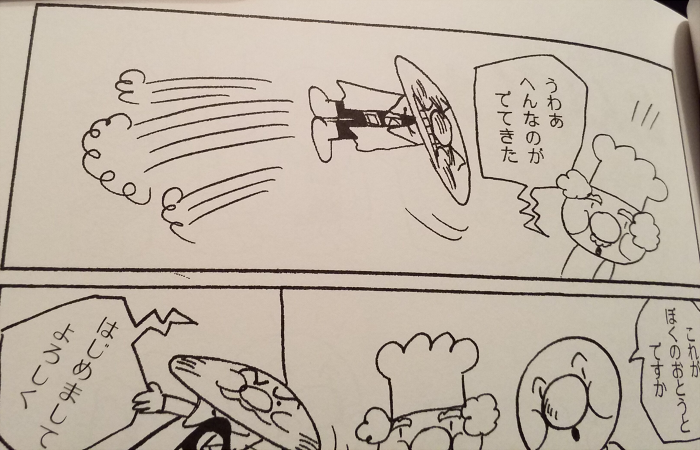 Currypanman's official theme song states that "nobody knows where he came from," but in the original comics and a brief mention in an early TV episode, he was simply created by Uncle Jam the baker and his assistant, Butterko. This would technically make him Anpanman's little brother, though for some reason he kind of behaves like he's the older one between the two. Wasn't his original design even more beautiful? This is actually the very moment he was born, and his father's first words to him here are basically "UWAHH! Something weird came out of the oven!"

Who the hell are you to talk, old man? You never had children and make people out of bread. 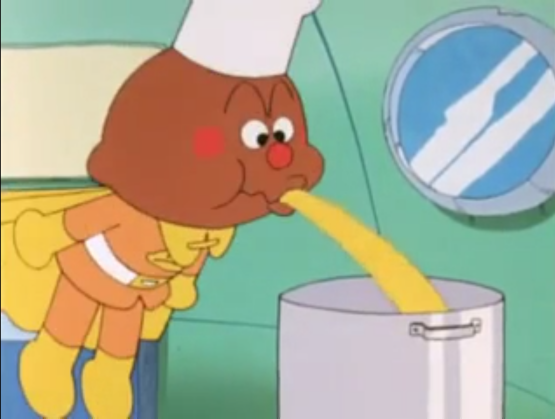 Unlike his "sweet" sibling, Currypanman doesn't go around feeding his head or even currypan to anybody, but he does spew steaming hot torrents of his curry filling from his clam-like maw, and the curry dinners he whips up that way are apparently just divine. Dig in, children!

This burning regurgitant is also his primary weapon against the forces of evil, and he typically aims straight for the eyes like his animal equivalent, the Spitting Cobra, though there are also cases in which he projectile-barfs down a villain's throat to overwhelm them with the sheer power of pure spiciness. Dig in, children! 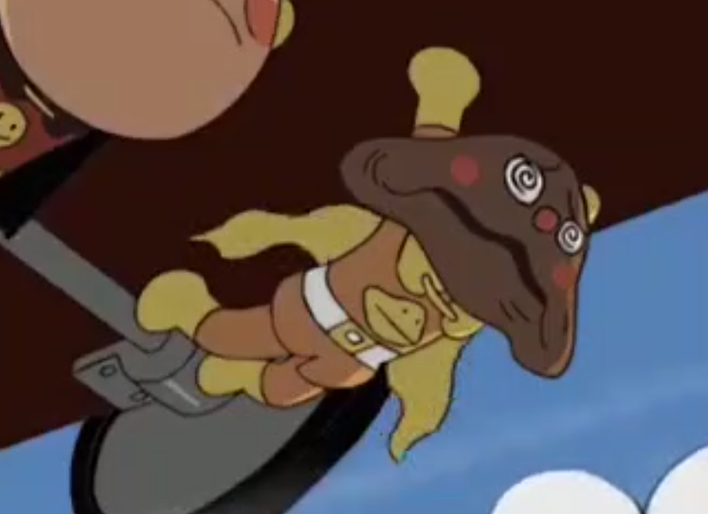 Unlike his "sweet" sibling, Currypanman never needs his entire head to be replaced, but he can run out of his own curry and needs it to be "refilled," so, that's great. It's great that he doesn't even magically produce his own curry but just puts it in his mouth before it goes in yours. Fantastic. Delicious. I guess it's possible that he "refines" it, somehow, or perhaps even multiplies it, since we've definitely seen him expel more curry than should logically have fit inside his spongy cranium. Mmmm-mmm!

As a matter of fact, Anpanman is the only character we ever see actually losing his head or pieces of his head in the animated series, so the rules that apply to him are either completely unique or they've simply chosen Anpanman alone to ever demonstrate them. Whereas he must worry about going stale or even getting a little dirty, a fresh batch of curry is apparently more than enough to replenish Currypanman's freshness and therefore his entire being to full functional capacity. 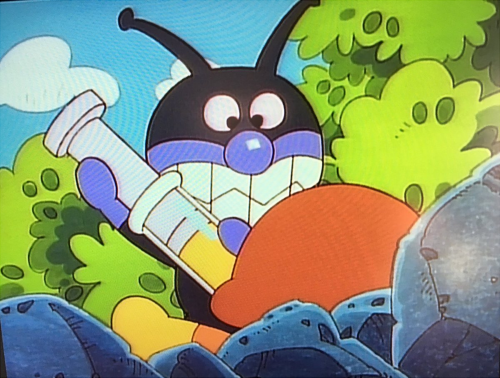 Just as the composition of Anpanman's head can affect his personality, however, so too does the spiciness of Currypanman's curry. We haven't seen it addressed all that often, but there was at least one time when the villainous Baikinman injected Currypanman with extra-hot curry, and the result was a Currypanman in an out-of-control berserker rage. We mean the guy flipped entire mountains upside down in his rampage, and I'm not sure he's even that strong under normal circumstances. It would seem to be the case, then, that Currypanman's actual level of power is tied to his precise spiciness, but so is his mood. He may be stronger when he's spicier, but it's not quite worth the mindless violence. 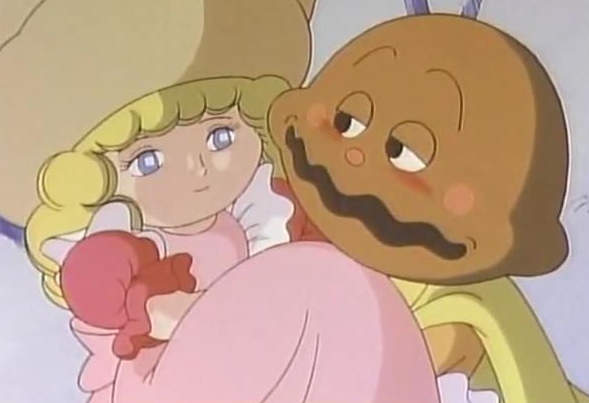 In another stark contrast to Anpanman, Currypanman shows quite a few interests and overt human emotions beyond a love of feeding and protecting people. He gets angry, he gets jealous, he takes interest in new things, and while it's never been reciprocated to my knowledge, he has even fallen in love on more than one occasion. This thing has a libido. Aren't you glad this is a thing that has both a concept of sexuality and a desire to explore it? I wasn't going to trouble you with the question of whether curry only comes out of his mouth, but I think I just did. 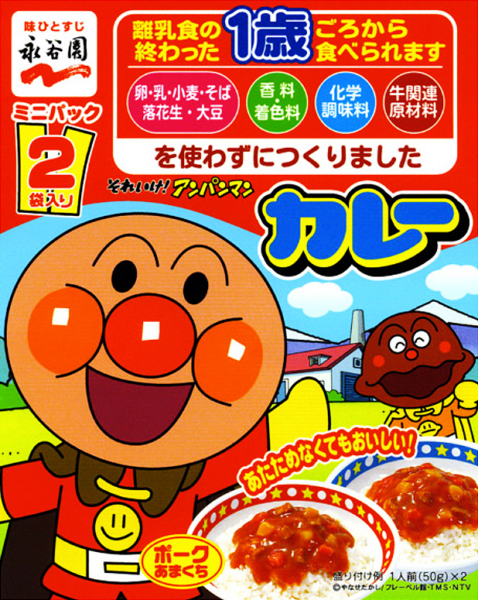 I really don't mean to be so harsh on this guy, but even the show itself jokes about him being off-putting, like the time Baikinman switched bodies with Anpanman (because of course they have that episode) and Butterko says nobody would have known the difference if it had been with Currypanman. SAVAGE.

Look at this box of officially licensed curry, too, and enjoy the fact that Currypanman wasn't even allowed to take center stage on his own product. It's like they knew children wouldn't want to eat something if his unfortunate face was the first thing they saw. 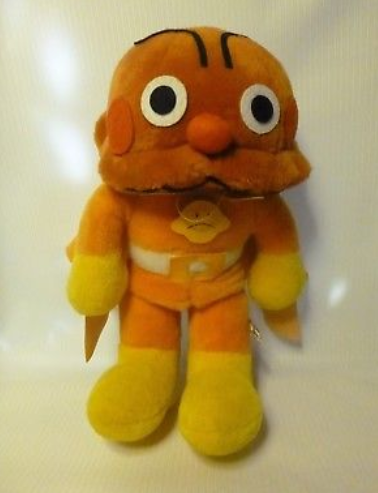 Our next three entries will cover the rest of the bread-creature-people, and then Anpanman Character Review #6 will finally get to the really juicy stuff.