Now that we've gone through ten pages of major characters over the course of a couple months, updates to this series will more often come in batches of quicker posts, and for a change of pace, we're going to do a solid week of giant monsters, because you surely must have guessed that this series offered plenty of them! Kaiju are easily a fandom all of their own, and as someone who has been in and out of that fandom since childhood, it is my opinion that Anpanman's kaiju roster is top notch as far as those go. In terms of monster design, concept and overall diversity, I might even place it somewhere between Godzilla's and Gamera's respective bestiaries, which I think is really saying something.

Our very first has always felt to me like one of Anpanman's most iconic giants, and is certainly treated that way by the series itself.

Kazekonkon breaks down into Kaze or "wind" and the sound effect for coughing, because in Japan, you "catch a wind" instead of "catching a cold." They still have an association between the common cold and cold temperatures, however, so "Cold-cough-cough" prefers to haunt icy environments and emits a freezing, frosty wind from his long, tubular trunk.

This wind causes anyone, even animals and object-people, to immediately come down with the actual common cold, which Kazekonkon personally finds wildly entertaining. In his first appearance, he's just having a grand old time stomping through the forest, singing "kon, kon, kon!" as he spreads rhinovirus to every last woodpecker and chipmunk. 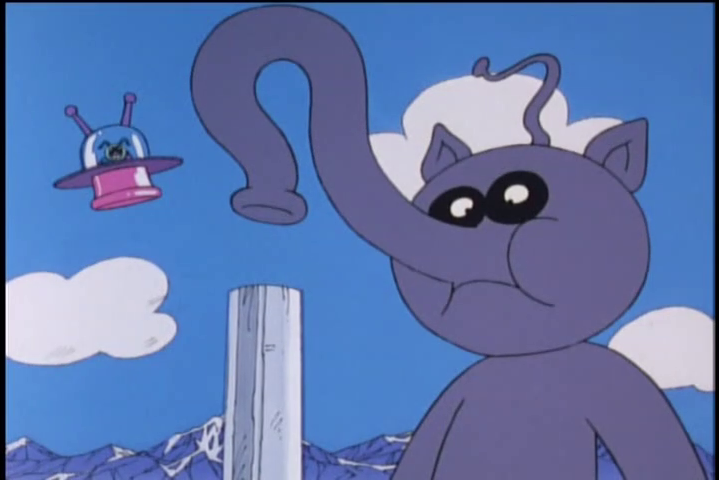 As an agent of disease, Kazekonkon has obviously been employed more than once by Baikinman to stir up trouble, but there's otherwise no indication they have any relation to one another...except for that antenna on the top of his head. As a matter of fact, there are several mold, filth and sickness based beings in this continuity who possess one or more of those trademark horns, yet no mention is ever made that they share any common origin. It may just be the creator's stylistic shorthand for germy critters of virtually any variety, but I'm sure by now all of us writing or reading this review series are inclined to believe it all traces straight back to the influence of that mysterious Baikin Star. 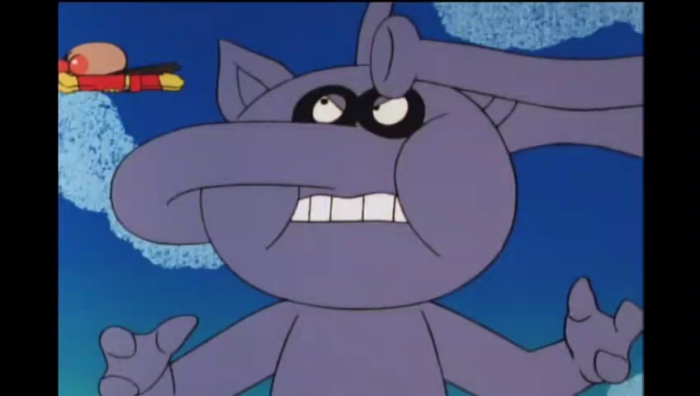 Despite being a huge, belligerent monster that blows his infectious nose over entire villages at once, Kazekonkon has been a neutral or even freindly character almost as often as he's been a menace. Anpanman basically told him to try and get along with everybody after their first battle, and the sickly aardvark at least begrudgingly agreed. This hasn't stopped Baikinman from tricking him multiple times into spreading the sniffles again, as we also saw in Dokinchan's review, and there was even an instance of Baikinman, in an alternate persona he called "Sneeze Man," spreading the cold around himself in order to frame Kazekonkon, just when he really had been trying his best to behave!

Kazekonkon isn't exceptionally powerful, dangerous or menacing as far as giant monsters go, but he's an unpredictable force that works well as Anpanman's go-to kaiju nemesis. His grey, piggy-eared, elephant-nosed design is also memorably original for a giant monster without being too outrageous, and his powers fit in nicely alongside the series main villain.