....I apologized to the weird food person, assuring it that I didn't mean to be such a creep, and that it wouldn't happen again. I hoped not, anyhow. My mind could still pick up on things whispering to one another, and probably trying to communicate with me like they've been since I woke up here, but I couldn't quite tell what they wanted anymore. I was choosing not to, and it was actually working. It felt good to know I could shut out whatever they are when I wanted to, and that they seemed to be accepting it for the time being. 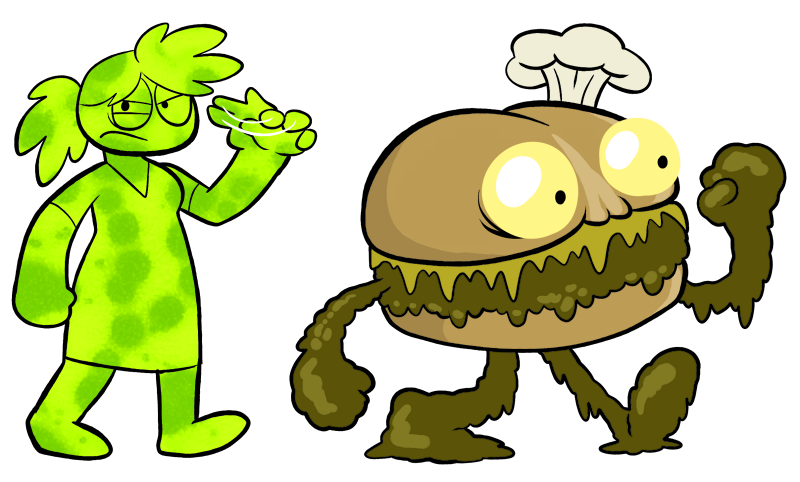 I followed the hamburger for quite a while down a long, tubular metal tunnel, checking behind myself every so often, given what's happened to me twice now. This particular thing seemed pretty harmless, at least. It did put its cleaver away, and it didn't even make any move to defend itself when I turned into a skeevazoid. Oddly enough, it wasn't even looking - or smelling - as rancid as it had only moments ago. It was even a little appetizing. Maybe it was because we were out of the cafeteria, or maybe it had to do with those things in my head?