You could swear you hear a "CLANG" against the door behind you...but only silence follows. It's not really the same door now, is it? A single door apparently opens into every possible one of these...rooms...? 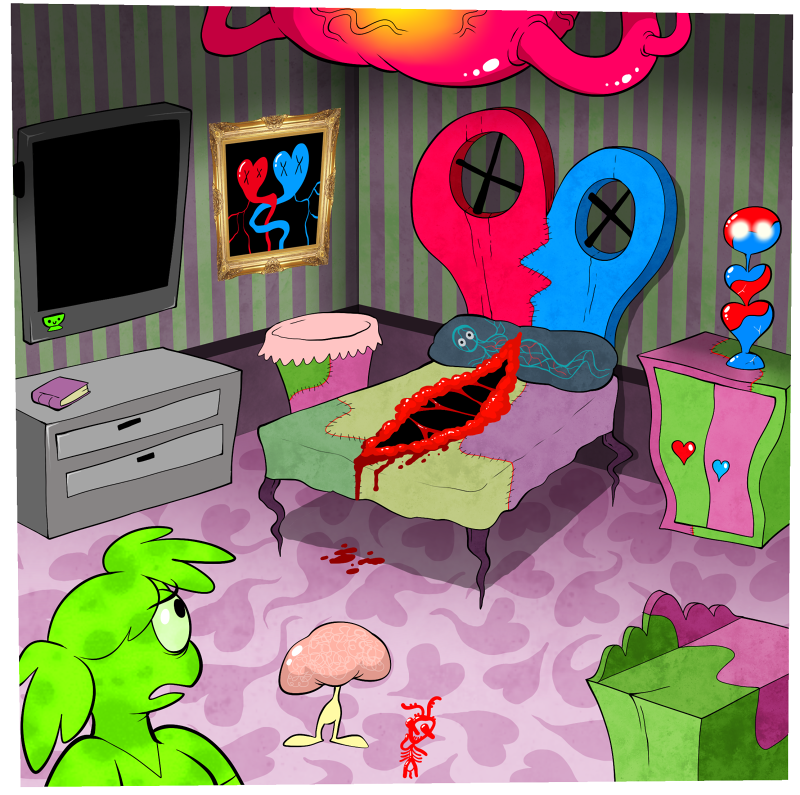 First of all...can't he follow us? Second...why the hell isn't MY room this big?!

...He prob'ly don't know what room we're in, but the door only comes back out the same place. I seened him wait a pretty long time for a untruder to come out...

Mom made special rooms cause she says surgery is scary for some things, she says they gotta be comftorble.

...Guess I've seen worse places to be stuck in a while...

...Yesh? Jusht been little old me though.

...You did walk right up to a total stranger and solicit something I've roughly surmised was pretty graphic. I don't know about colon monsters but where I come from, a fake number is a pretty reasonable response.

Little old for me anyway.

It's probably because you're so freakishly tall.

Oh, y-yeah, just...sometimes... it suddenly hits me all over again how effing weird my life has gotten.