The "buzzers" in your head are pretty interested in the book on the table, but it'll have to wait. For now, you just pocket it, after Lacey confirms it was "already there" when she checked in.

You let Willis hang onto it for now. Your inventories are sure getting stuffed...

>CHECK BEHIND THE PAINTING

There's nothing behind the painting but a small, black crack in the wall... 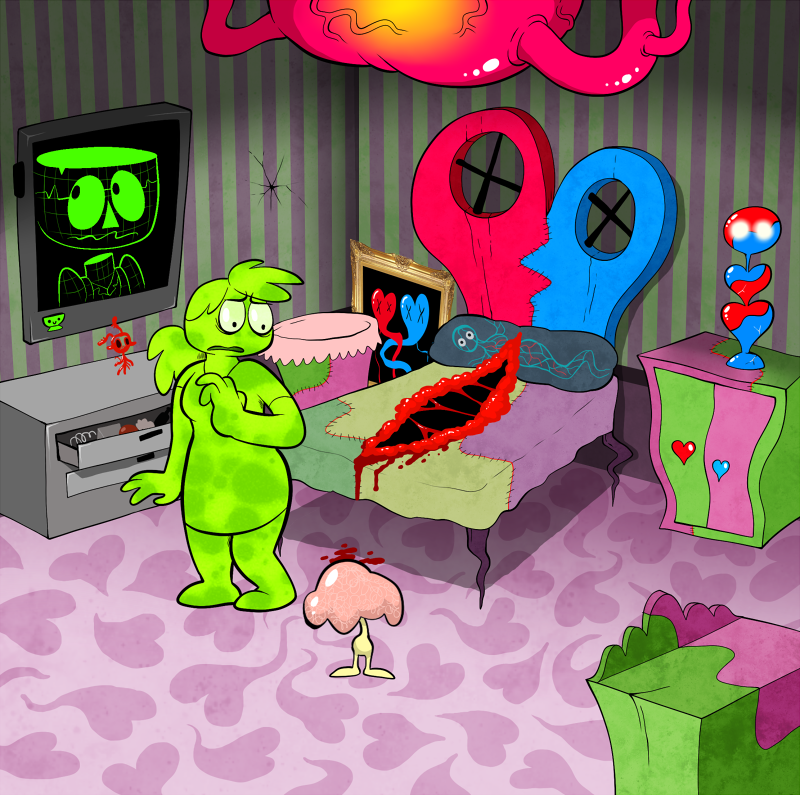 The only p-possible alternative would be abyssal t-travel. Ch-chances of survival are indeterminate, while we know that passage through Lacey would be s-s-safer than a confrontation with the d-doctor.

You take a long, hard look at the oozing laceration still chatting up a storm...

Ap-p-pparently Tori decided to have the room's conceptual w-weakness covered with the d-d-decor rather than hire a qualified sealerator. You c-c-could break into an abyssal pocket and back into some other p-part of the hospital.

The likelihood that you may be nutritized by one or more abyssal b-bioforms is p-probably significant.

You wonder if the "abyss" is that huge, empty blackness you saw when you first arrived. Had you seen anything...alive...out there? You thought you might have gotten a glimpse of some movement, or some strange, faint sounds.

You take a long, hard look into the black cavern that is Lacey. You wonder if she can even stop listing her cats long enough to let you inside. You also wonder once again how any of this can be real.