You quickly stash some items away, and get the strange sense that something else has changed about your inventory...huh.

>OPEN THE ABYSS, BUT ESCAPE THROUGH LACEY

...Okay, wait a second...we just established things live out in this "abyss"...if I widen the hole, couldn't they get in and hurt Lacey?

If I'm gonna do this...would you and Chip be willing to tell Mizer I went out that way?

I advise you make h-haste...M-m-mizer has less than f-f-forty rooms to search and has increased his speed approximately threefold. Elevated vibration levels indicate frustration.

The area behind the painting is incredibly delicate. Your bare hands alone are able to tear open an impressive portal.

Time for your getaway... 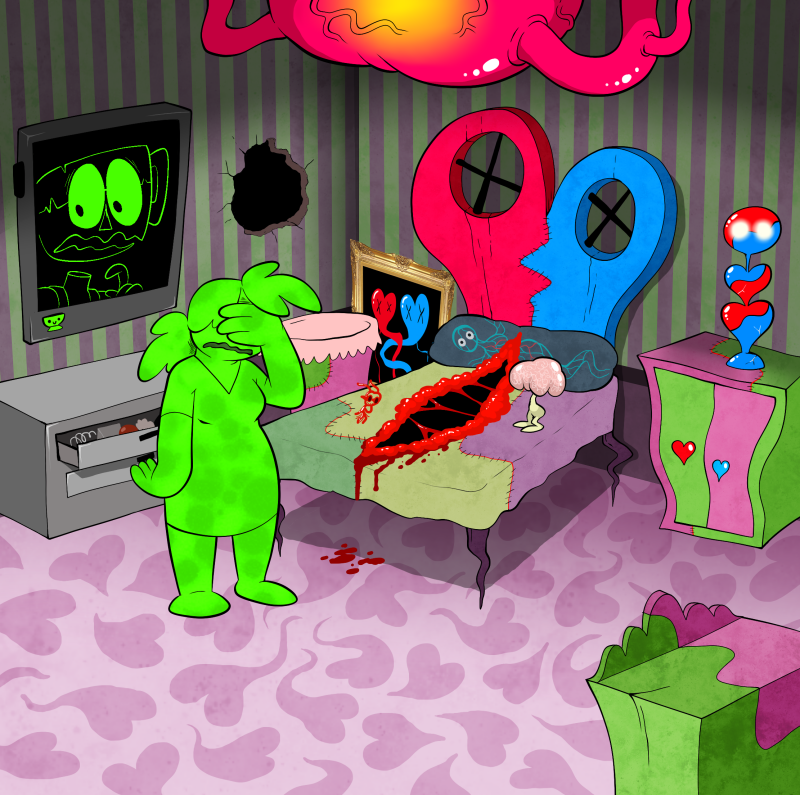 ...Sho you want to hear the resht of my kittiesh!?!

Of COURSE we do miss Lacey!!!

pffffft, yeah! Fern ain't that important! Lay 'em on us!

...Doctor Mizer has precisely Twenty One and a Half (21.5) rooms remaining before you are discovered.

.... Rocketsh can only shing about the wrong weather, the red tripletsh are Huey, Louie and Meanuloid, Blunket wash born a short film about carbohydratesh, 1,1,1,1 ish named for her number of vertebrae, Nerf ish a foam rubber shilicon-hair toadeye, No-head Jimmy Jim Janglesh leavesh little blue paw printsh all over the definition of pudding sho I gotta ashk that you don't try to define pudding until I get back home and wash it off, and finally, Half of Mark ish-