You're mildly alarmed to find the other doors simply gone from the decrepit old lobby, though Dr. Man's door is just as you remember it. 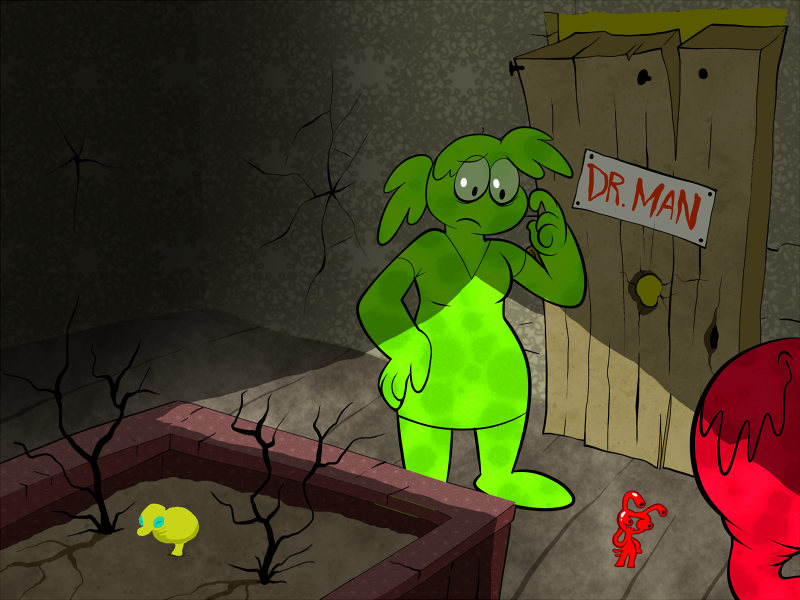 Actually...Willis? Do you know anything else about "Doctor Man?" You said he was like the other grown ups, that he doesn't listen to you...but what else? What's he like? Has he always been a doctor here?

...Maybe he was?? Or maybe not??? Doctors have stopped being and sometimes doctors start being...but...I don't 'member real good now. Everything about the Hospital is mixed up.

I think the Doctorman was just...around, or maybe he wasn't? The other grownups didn't really talk about him lots. I don't think they liked him as much.

I guess he's weird. I remember that! He's super WEIRD!!!