>Calm Down, Take it Step by Step

Willis survived without you and can quite likely still do so. No need to panic just yet. Maybe you can look for him while you do your other jobs? 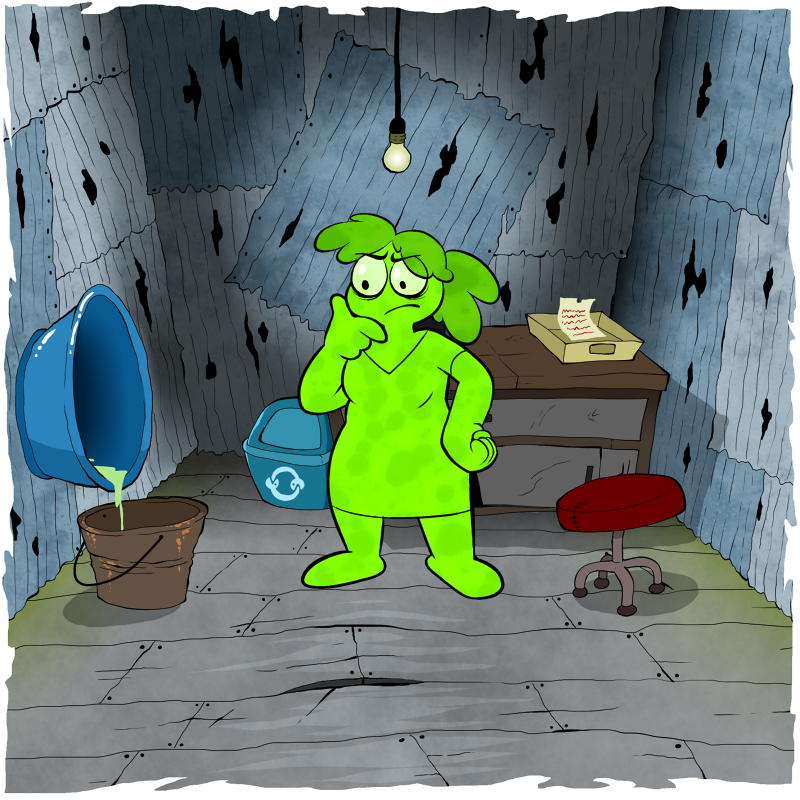 When you call into the blackness of the metal cabinet, you only get an echo. At least, you hope it's an echo, because it sounds just slightly less like your own voice than an echo ought to..

No answer from the plastic pipe, either, though when you concentrate, you hear a lot of distant gurgling and rattling. You're not about to risk diving into it yourself; it's barely wider than you are and it goes straight down.

They're not hiding in the recycling bin, either, but that reminds you to DEPOSIT THE LEECHES ALREADY.

The salesman, at least, implied this might be part of a staff member. You wonder what happened to the other two you've supposedly recovered...the scissors and the bottle of, uh...the bottle one.