So, you might have seen the phrase "Noisy Tenant" thrown around in the site comments, my own blog and Awful Hospital's bonus library, but what does it mean? 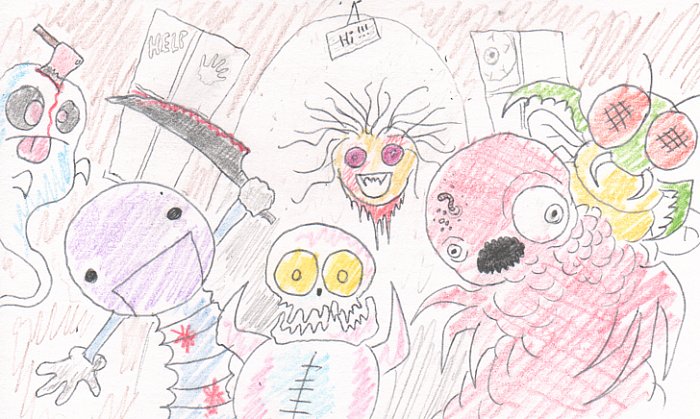 I had (haha, "had") an awkward and obtuse sense of humor during my teens, cribbing a lot from my incomplete impressions of the Jhonen Vasquez era of comic books, the utter nonsense humor of the 90's internet, and later, from a little thing called The Gregory Horror Show. Intent on designing my own goofy-edgy horror setting, I hashed out an idea for a decrepit maze haunted by strange beings who may or may not have once been human. 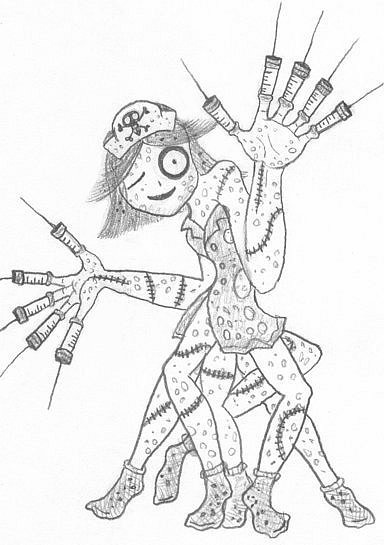 I called this setting "Noisy Tenant," which my 90's teenage internet sense of humor assured me was a very funny parody of both the title "Resident Evil" and "Silent Hill." I thought of "Noisy Tenant" as a sort of "Chinese Dollar Store Bootleg" counterpart to these and other major horror series of the time, and intended a tone to match. The actual setting of Noisy Tenant, however, was known as "Gore Haus," and no, I don't remember why I chose that spelling. 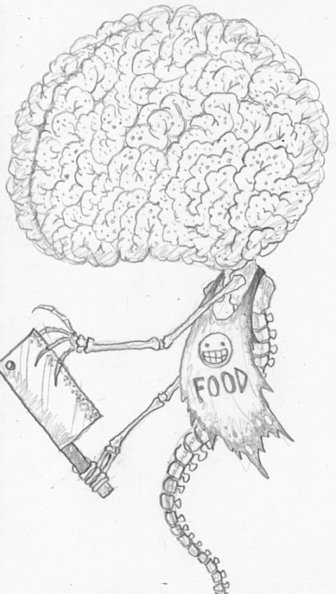 The "Gore Haus" incorporated nightmarish reflections of human civilization, containing shops, art galleries, zoos, restaurants and yes, even a hospital inhabited by grisly monsters who did their best to do whatever they believed you were supposed to do if you were a "doctor" or a "gardener" or a "chef," with generally disastrous results for any hapless humans wandering into their midst. 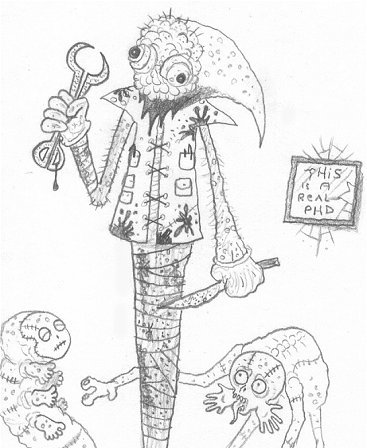 Some specific monsters of the Gore Haus included such excessively named figures as Chef Pusbucket (the brain guy), Doctor Seethe, Nurse Vessel, a body-part-stealing embryo creature named "Liverman" after his favorite, the werewolf-like "Malflagon" feared by all other monsters of the house, a cartoon "sugarbee" that makes everybody dangerously happy with its sting, and a slimy glob who called himself "The Great Digesto;" actually the house's weakest monster and an insecure loser. 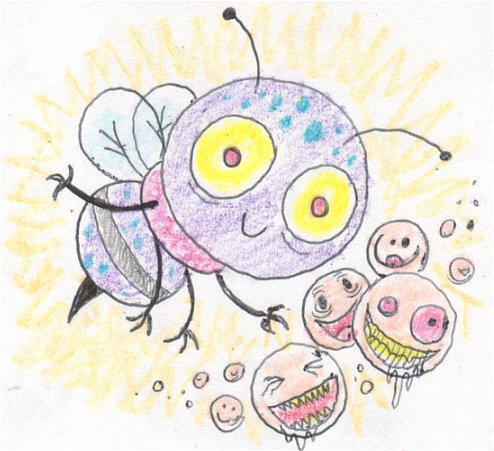 I'm pretty sure you can guess which of these monsters is which
You can already tell how this idea would gradually evolve into Awful Hospital, but for a long time, it just wasn't grabbing me anymore as a concept. This may be because I'd long moved on to Mortasheen and was already populating that with every biological monster design I could come up with. I still loved the core idea of the "Gore Haus" - even if The Binding of Isaac would later beat me to it - but I couldn't get into it without its own distinct aesthetic feel. 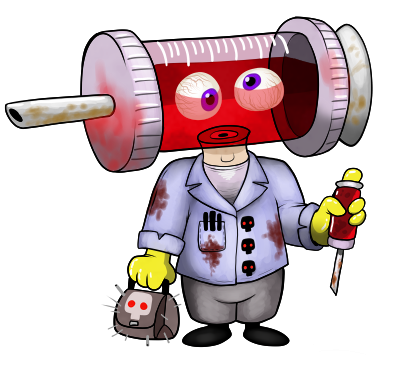 Over time, I began to feel more and more nostalgic for the reviled "spooky-random" sensibilities of the Invader Zim, Hot Topic and Newgrounds era, and kept coming up with these silly, cynical mascot characters like Harmburger and Doctor Phage that I didn't really know what to do with.

Only after spontaneously writing the Harmburger Creepypasta, and later the original Doctor Phage story, did I realize this was the kind of thing I wanted the old "Noisy Tenant" setting to evolve into; a world of cosmic mascots drifting between a well-meaning, cutesy sincerity and over the top cartoon horror. 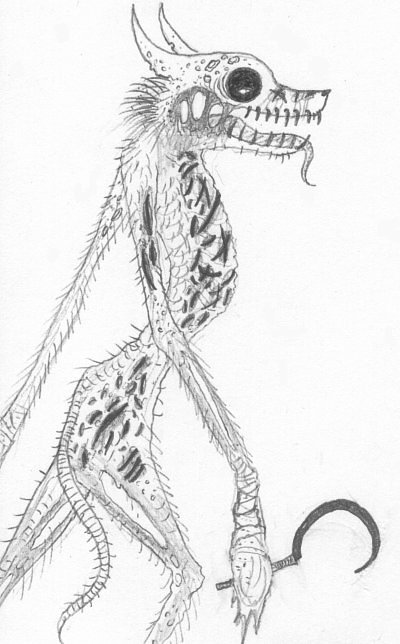 Almost two decades later, I still get asked now and then about the original Gore Haus monsters, and I have at least a couple readers who feel like the current setting really doesn't feel like a continuation of what it was going for...which, by now, I actually agree with. Awful Hospital and related scenarios have drifted so far away from Noisy Tenant that I now find myself toying with it all over again as its own separate idea.

We'll just have to see where that goes in the future, and how, or if, it ties in directly with our current series. 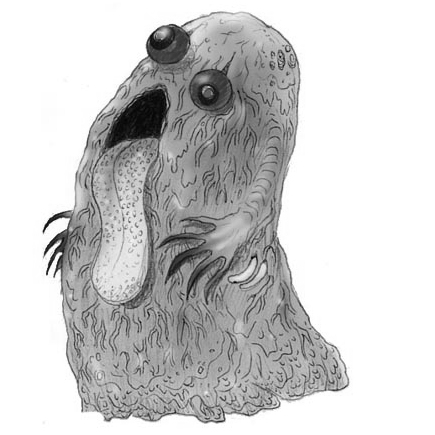