Intermission: All About Slobs 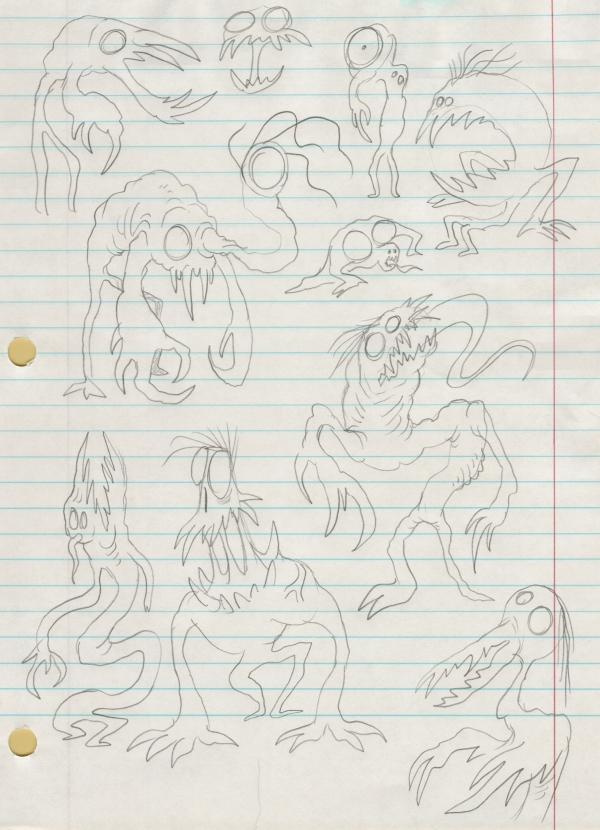 The slobs have become a pretty big part of awful hospital, which isn't to say that they weren't pretty much planned from the beginning, but their concept didn't start to "solidify" until we first saw the horde of Fernslobs at the end of the morgue adventure, and didn't completely "finalize" until around the time we took control of Jay. As we enter the next half of the series, they're going to become even more significant to the story, and we're going to find out some things about what they are and why they are that, hopefully, not everyone will see coming. 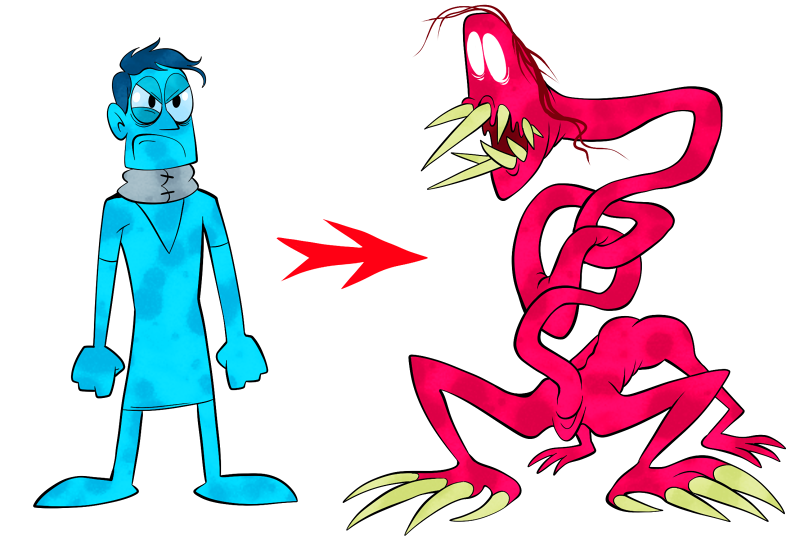 As you've surmised if you've read the series and this is not the very first page you're seeing, a slob as it's understood at this point is sort of the ultimate expression of a "malady." For Jay, slobbification revolved around whatever problem the hospital believed he was there to fix, and if Crash hadn't busted every bone in his body, this is what neck-brace Jay might have turned into.

Though "slob" was originally Jay's own nickname for them, it felt so simple and catchy to me that it instantly became their official name, and it's possible Jay actually picked it up from someone else. 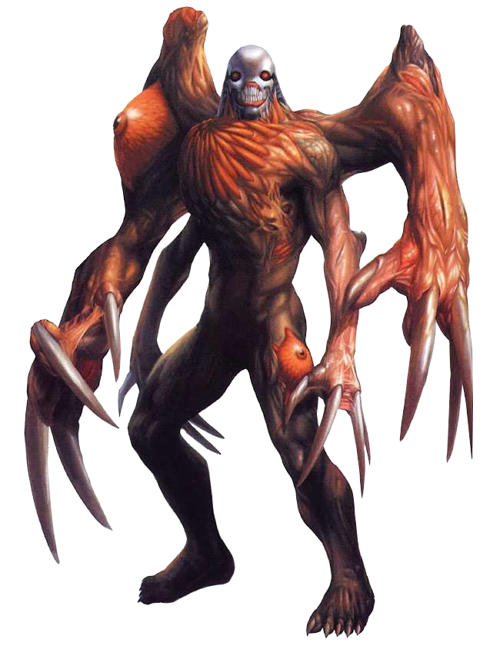 Like our main humans, Slobs are drawn as quickly, simply and sloppily as I can get away with, but their design motif draws very much from the Resident Evil series, especially the Lickers and G-mutants from Resident Evil II.

This sort of bestial, clawed zombie-demon creature isn't really one of my favorite design styles these days and more than a little worn out by countless movies and video games, but I was pretty ga-ga for it in my early teens, and the reference is more than just aesthetic: we've now seen that Slobs aren't necessarily "bad," or at least no more so than any poor, confused animal trying to survive, and that was always one of my immediate thoughts when playing these old horror games. Does any creature deserve to be seen as only a monster to be destroyed, however unnatural or however dangerous it may be? I know that, canonically, the monsters in Resident Evil are usually far beyond reasoning with, but I still like the possibility that maybe they'd respond to kindness if anyone had ever tried. 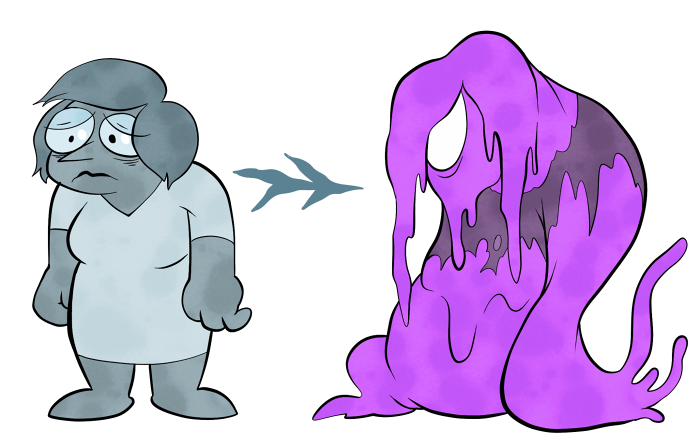 I also like to think that slobs aren't at all limited to even the variety we've already seen. Maybe slobs are a bit different when they derive from a parasite, rather than an injury. I'm definitely certain they can derive from neurological and psychological disorders, like depression, which are really just as "physical" as any injury when we're really honest and stop pretending our minds aren't also made out of meat. I have no idea who this character is that I just drew for an example and I kind of have more than enough characters planned, but you probably already want me to do something with them. We'll see!

Making your own slob is pretty simple, obviously: just pick out the worst or most interesting injury you've ever sustained, a chronic condition you're okay to joke about or some other illness of personal significance and make that the most prominent feature of a meaty thing with basically the claws of a mole. Or maybe a sloth. The scariest claws come from all the most adorable animals. 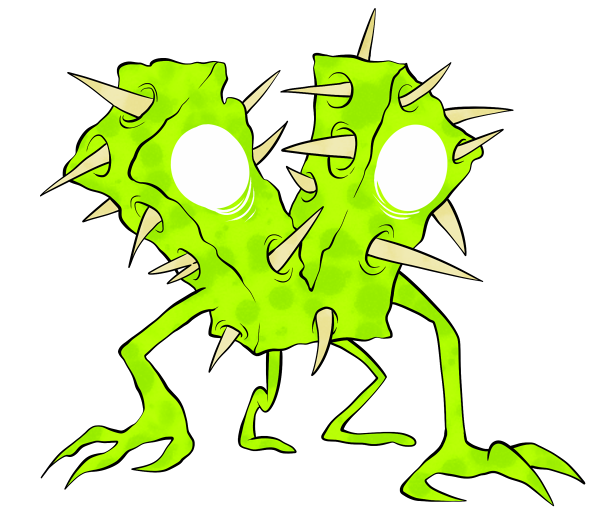 You can even make slobs for other fictional characters! ...And they don't all have to be reddish, either. They tend to "glow" all one color, but the color is likely to differ with the zone of origin or even the specific "strain" they're sharing.