Today, we're going to look at where Doctor Phage originated. 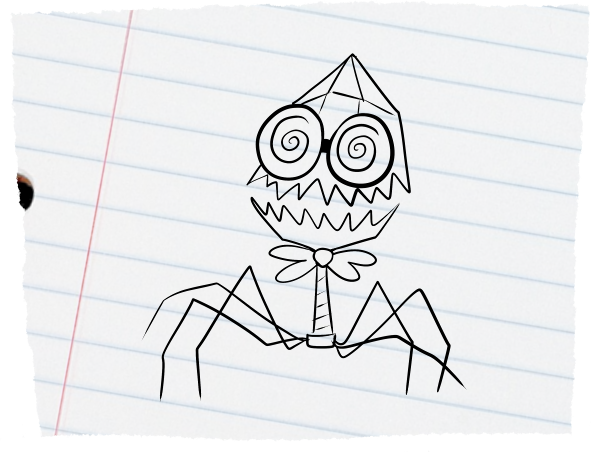 I actually don't have the very first drawing of Phage, which was one of dozens of ideas I just sort of threw at the wall while doodling concepts for video game enemies one day in I believe 2006. This is what he looked like to the best of my memory, and it is pretty much the way he stayed. Whether or not you think I've ever come up with anything terribly clever, sticking a bow tie and nerd glasses on a bacteriophage is not really any high point of cleverness, but sometimes the simpler and dumber things are what you keep going back to.

Unfortunately, I didn't know and still don't know how to make video games, and Dr. Phage didn't fit into the style of Mortasheen or ever find his way into my few flash cartoons. I wound up using him in my disconnected, plotless joke comics: 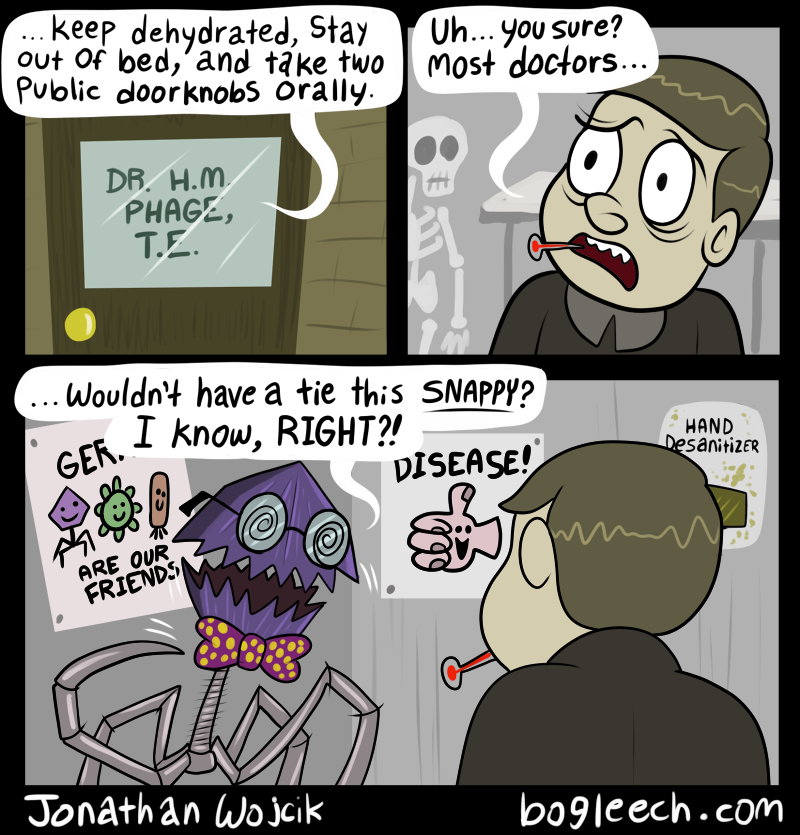 Haha, get it? The doctor gives advice that's good for germs and he IS a "germ!" This isn't really much of a joke. It's really more "I didn't know what to do with this character but couldn't stop thinking about him and had to make something." Did I really color so weird and dark back then? I actually made this on a desktop computer with an old fashioned glass bubble monitor. They don't even make those anymore, do they?

Phage's proportions were weird and he was originally blue, but he already had his changing bow tie and his official titles, an obtuse reference to an unappreciated Oz character. 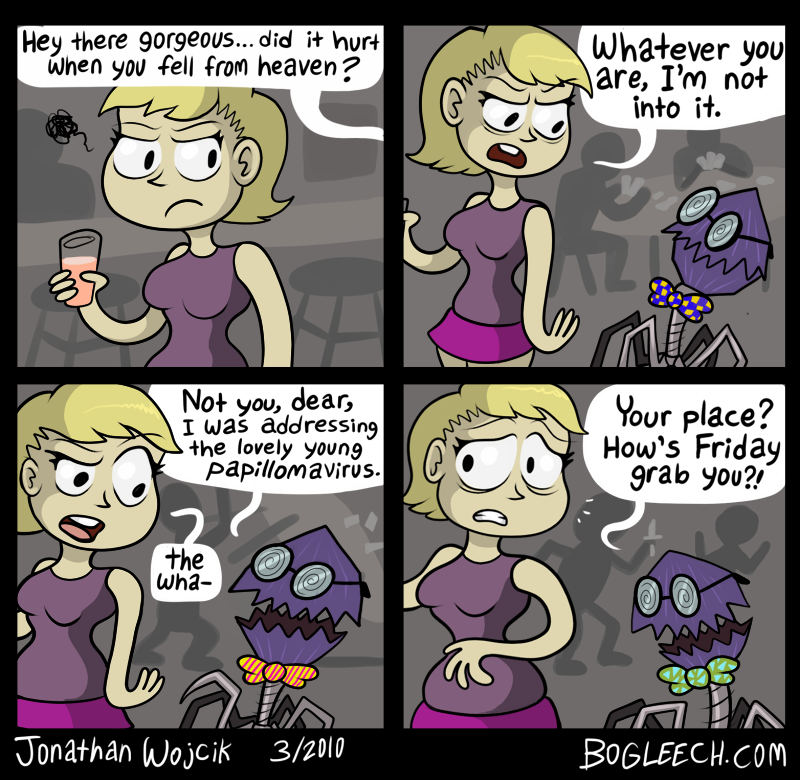 One more bad comic strip followed, with a slightly smaller doctor. Get it?? He's out at the club, flirting with people's diseases! This artwork looks even weirder and more off to me. I really had no idea what I was going for when I used to draw these, stylistically. I wavered constantly between high detail and some sort of attempt at a K.C. Green crudeness that ultimately resulted in uncanny, rubbery humans and those awful, awful dingy colors.

Modern phage probably wouldn't do this, but only because I decided his version of "romance" is a kind of abstract voyeuristic habit of shipping everyone else around him and trying to hook them up with each other. It just feels appropriate for an embodiment of a virus, something that exists only in relation to the other organisms it can parasitize. It was only after writing Harmburger some years after these comics that it crossed my mind to dust off Dr. Phage and give him a similar short story treatment. My definition of "horror" is kind of a lot looser than most people and extends to "sort of unnervingly weird comedy," but some of you seem to like that so at least I'm not all alone here. I actually drew this with the same blueish head originally, but played with the color sliders and wound up liking the pinkish mauve. This was actually the case way too many times in way too many other drawings; half the monsters I drew had mauve somewhere in them for years.

Phage's proportions were tightened up and I made his head bigger and cuter, though he still had the accurate number of "legs" and a more detailed body. 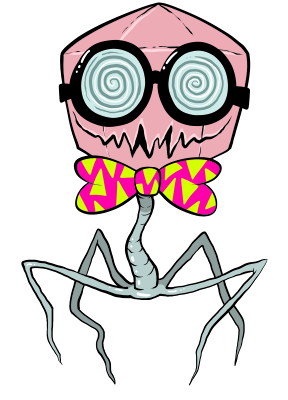 Since the start of Awful Hospital, Phage's design has kept streamlining in my head, becoming a softer, squishier and noodlier creature whose "stem" and "legs" can be as jointed or as wiggle or as long or short as I feel like drawing, though as you might have noticed, I haven't really drawn him all that much in the actual series.

Having Phage directly interact with Fern feels like something that needs special impact and justification at this point, and making him more of a background presence, like the unseen "final boss" you build up to in a game, feels more appropriate than having to deal with him on a regular basis, though I still really don't feel like I've been using him quite right, and I'm not even sure I still like how I wrote him (or even drew his perspective on the hospital) back when we followed him around for a few pages. I still have a lot of scenes with him in my head that I hope we might get to, but some of them are in direct contradiction with each other, so who knows how it's gonna go. 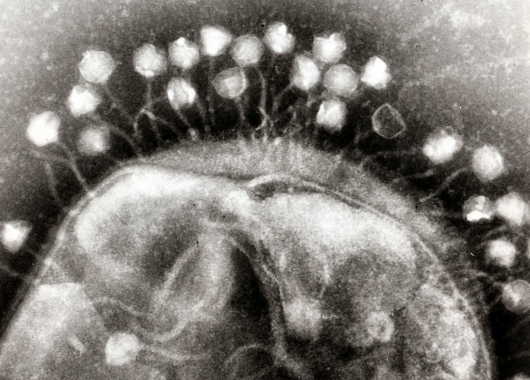 I will say one thing: cartoons like to portray viruses of just about any variety as bacteriophages (Rick and Morty even portrayed E.Coli bacteria as bacteriophages, for some reason) mostly because they look a whole lot cooler than any other kind of virus, but bacteriophages are a very specific kind of thing, and if you're someone who follows this comic, likes doctor phage, and hasn't googled anything about what a bacteriophage is and some of the things we've hypothesized about them, those things are maybe possibly going to be relevant at some point.