Funkle is one of Mortasheen city's eight "Holders," our equivalent to the Gym Leaders in Pokťmon, which I don't deny was Mortasheen's entire inspiration. These veteran monster trainers school newcomers in the scientific principles that Mortasheen's ghoulish inhabitants live by. Funkle in particular is the holder of Genetics, an expert in biological warfare whose original species is long obscured under centuries of self-experimentation. His ultimate goal in life is to become a disease himself, which he believes is the highest form of life. In the meantime, he's widely considered the city's handsomest theoretically male organism. 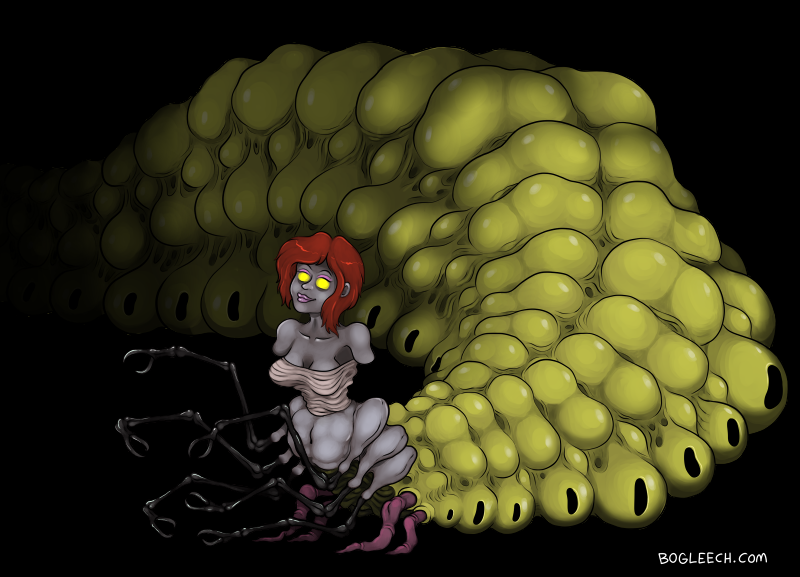 The continent-spanning Mortasheen city has been in perpetual anarchy for thousands of years, but Laverne's control over its meat processing industry puts her in one of the most powerful positions attainable in a lawless metropolis of ghouls and mutants. A one-off insectoid mutation, Laverne commands an army of Arthropoids to maintain and defend her labyrinthine factory farms. Her and Funkle are an item! 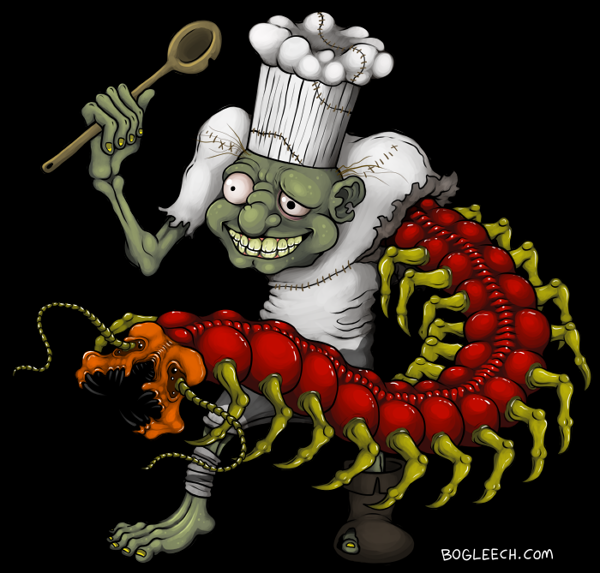 Mr. Crawl is the holder of Alchemy, which in Mortasheen has long evolved from the ridiculous pseudoscience of transmutation to the more "believable" "science" of "molecular reconfiguration." Crawl's talent for the spontaneous repurposing of particles is equally applicable in the creation of monsters, the destruction of enemies and in his popular cooking show, a partnership with Laverne's corporation

Next update: a look at some of the "races" who populate Mortasheen and train its many monsters.