Living humans have a hard time surviving in Mortasheen city and are somewhere below cockroaches on the social ladder, but thanks to an infectious genetic mutation, every last one of these primate vermin undergoes a metamorphosis following brain death, reawakening as an eternal, unkillable superorganism known as a zombie. Most of them are about as conscious as bacteria, but a few may retain or develop varying degrees of intelligence. Unlike most modern movie zombies, you can't put these guys down with simple brain trauma - their consciousness permeates every cell of their body, in one piece or otherwise, and one shred of tissue is all it takes to grow back the rest. Whether or not it grows back correctly is a different story. 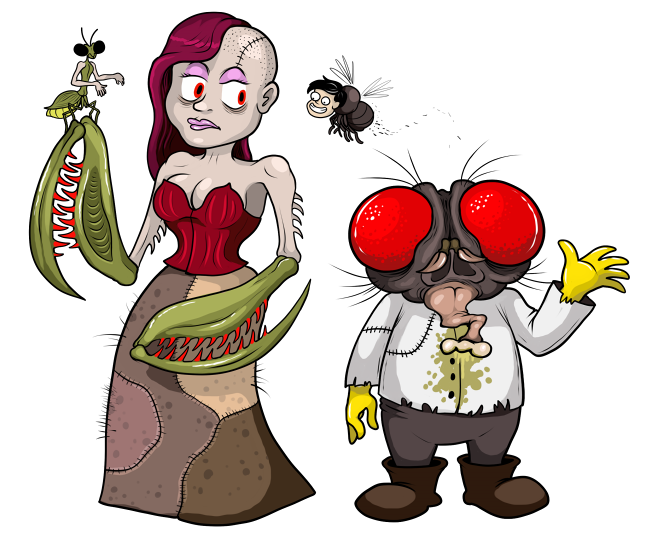 Created by the same process as Arthropoid-class monsters like the Blobotle or the Heartsucker, Sectilians are humans and insects that appear to have "swapped" some of their anatomical plan rather than fusing into a perfect new species, though inside what resembles a giant termite's head or a scorpion's tail is still human bone and muscle. Sectilians are nowhere near as powerful as a true Arthropoid, yet leaps and bounds superior to normal Homo sapiens while retaining more intelligence and free will than a complete fusion, making them ideal candidates for the monster keeper lifestyle. 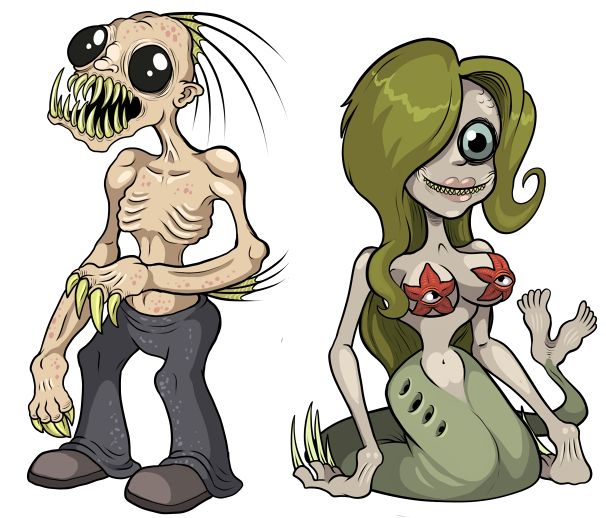 Created by ancient, aquatic vampires as a food source, Gill men are an offshoot of humanity carrying the genetic information of innumerable aquatic lifeforms, exhibiting a random array of piscoid or molluscoid features from birth. Largely abandoned by their creators in favor of more sophisticated hybrids, Gill-men continue to thrive in damp and slimy environments around the world, though they still require a regular influx of human DNA into their gene pool, lest they slowly degenerate further into mindless sea beasts.