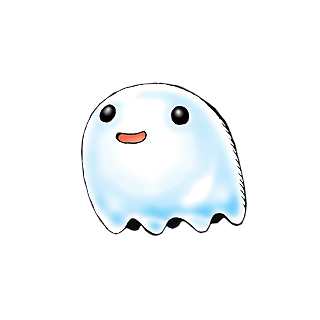 The youngest possible form of our seventh heromon is said to be quite possibly the simplest primordial digimon ever discovered, a mere bag of jelly with a face, and you can't really go wrong with that.

We're also going to start indicating the evolution levels of each Digimon we review up top, which we probably should have to begin with, but this is a line where it's going to be much more important to avoid confusion. 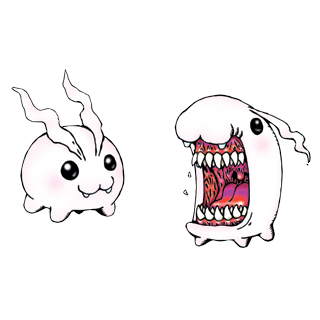 THE BEST Baby II stage in the franchise, no contest whatsoever. Just look at those horrendous, gummy teeth! According to an interview with designer Kenji Watanabe, this was inspired directly by Fizzgig from The Dark Crystal, though I honestly think Tokomon does even better with the concept. Fizzgig already looks like some kind of carnivore, but Tokomon just looks like a goofy little marshmallow-piggy before it opens that lovely maw.

I like it so much, I wish it was a "child" level just so it could be the default monster partner of this line. 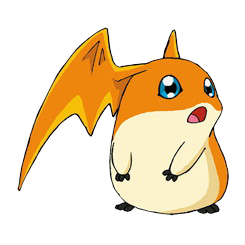 ...Not that there's anything wrong with Patamon, mind you. He's pretty dang adorable, being the tiniest, weakest and most naive of the original bunch, an almost helpless little hamster with devilish bat-wing ears. In fact, I could swear Patamon was originally categorized as a virus Digimon, but I guess that was retconned later and the viral designation went to Tsukaimon, a darker blue palette-swap. Patamon's role in the anime was also an unusual one, since he was so small, weak and naive that his human partner had to do much more to protect him...and his human partner was the youngest kid in the group himself, Matt's baby brother "T.K."

By having Patamon to worry about, this little seven-year-old quickly grew more capable and responsible for his age, and there's something kind of sad and sweet about how he grows up into a young adult over the course of the franchise...but Patamon pretty much stays the same innocent, almost infantile little bat-rodent.

Until he digivolves, of course. 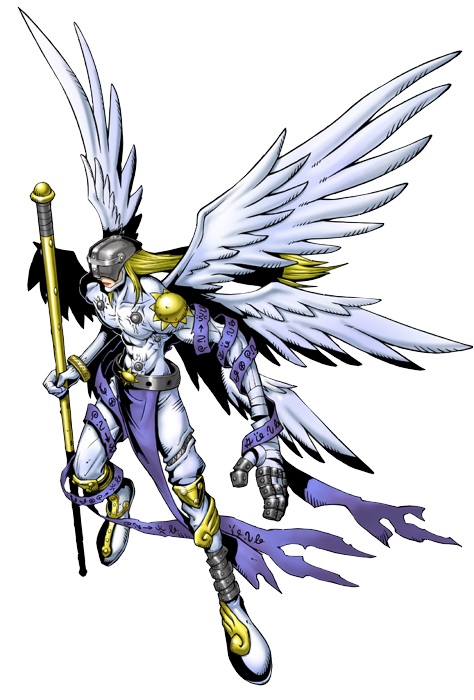 If you never knew anything about Digimon going into these reviews, I think you might have still guessed from our summary of Patamon that the little guy does something grand and unexpected, and if you regret being spoiled on that, now you know how we all felt when it was already spoiled by the series intro from episode one. Yes, this applies to the Japanese intro too.

It still didn't really detract that much from the emotional impact of Patamon's evolution into a twenty-foot-tall archangel, an "adult" stage so powerful it caused Patamon to revert all the way back to an egg, leaving this very young kid with the responsibility of guarding and raising a new baby Digimon until it could go super-saiyan on the next major bad guy.

This was the first time we had ever seen an animal-like Digimon evolve into a humanlike Digimon, and at the time, it felt like a cool and unusual twist. The 500 equally dramatic or more dramatic humanoids now populating the franchise kind of dilute the impact Angemon had and ought to still have, but I haven't stopped thinking it was a pretty cool choice for the hamster. Who doesn't love something pitiful flipping out into one of the strongest things in a series?

You can also see how even a blonde angel-man was designed sort of "monstrously" in Digimon's early years, with limbs much longer than those of a human, an eyeless iron mask and a number of metallic orbs embedded in his flesh, a feature that as far as I know traces back ton Apocalypse Zero, of all things. I genuinely find Angemon really cool for what it is, and feel free to point right back at this when anyone inevitably accuses me of only giving 5/5 ratings to my own niche preferences. 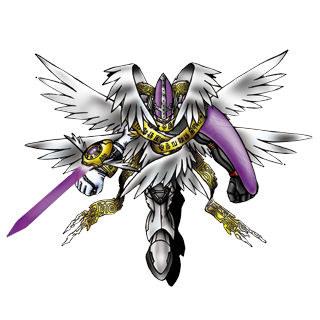 Lightning doesn't strike twice for the Angemon line, though. Angemon evolving into a More-Angemon is so expected that I just don't have any opinion on it, and if anything, it loses what made Angemon actually look so rad. 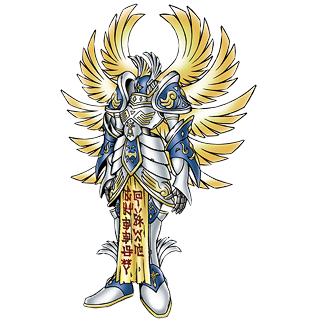 I don't care for this at all, either. Angemon remains vastly better of a design in addition to being more of a surprise. 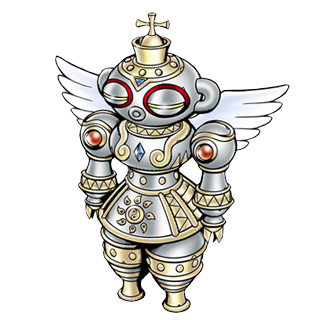 THE OTHER AND BETTER PERFECT: SHAKKOUMON

ALRIGHT! NOW we're talking! Shakkoumon here is an alternative to Magnaangemon, though both of them represent Angemon fusing with an Ankylosaur Digimon we'll get to later.

Shakkoumon was introduced first in the anime, and I'm told fans were actually pissed off at the time that Angemon's next evolution was this thing, so yes, Digimon does suffer from the same kinds of fans who think the odder Pokemon are simply "stupid."

I'm sure most of you, however, recognize Shakkoumon as a dogu statue, the same basis as Claydol, and an artifact often associated with "ancient alien" theories. I think it's an extremely clever, interesting and cool way for Angemon to go.

Unfortunately, there's no particular Ultimate form meant for Shakkoumon the way Magnaangemon can evolve into Seraphimon...but there is at least one pretty interesting Digimon, aesthetically and thematically appropriate in a twisted sense, that can evolve from Shakkoumon according to just one TCG card... 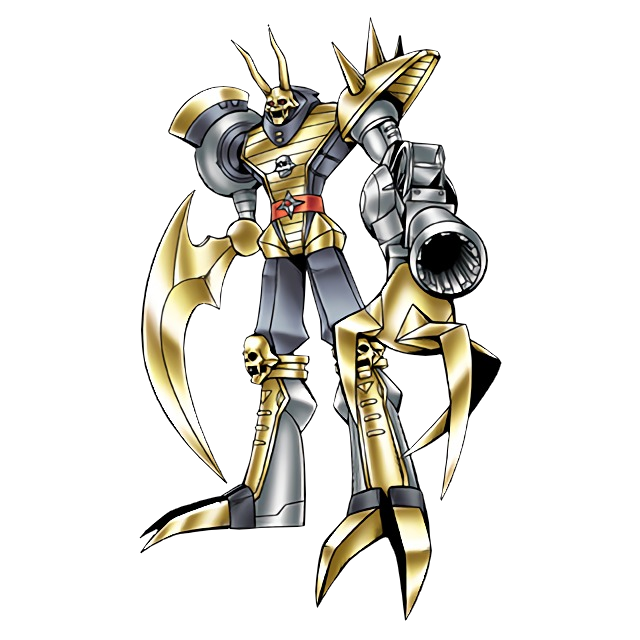 A virus Digimon "born from data on criminals," Reapermon is more or less an "evil" Digimon, but devotes itself to tracking down other evil Digimon as a bounty hunter, and has a nice enough design for a big robot man. The important thing here is that this scary skull-mecha has evolved from Shakkoumon in at least one piece of media, and that's pretty damn cool. From a heroic angel to a holy idol to an embodiment of death! As with Skullgreymon, I like the idea of a Digimon having a more chaotic, monstrous form it doesn't generally want to evolve into, but might be forced to under dire enough circumstances, and I think that's just the sort of final twist this line could use.

Yes, yes, there are other Digimon related to the Angemon line, including at least a dozen other "fusions" between Patamon or Angemon and some other Digimon, but I think we've gone over what most would consider the "core" members of this family, and we'll reserve additional fusions and spinoffs for reviews of their own. Like I said early on, we're going to try to keep each Digimon review page as streamlined as possible!