ENTRY 011: BETAMON AND THE DRAMONS 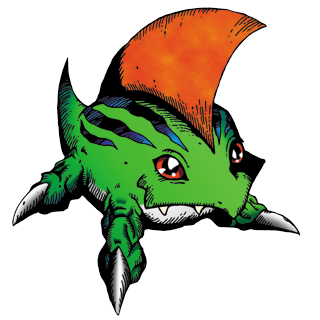 Maybe I should feel bad that I gave Numemon priority over this poor little guy, but then again, Numemon has a pretty rough time of existing and could always use a break. Betamon's only problem is that it was passed over as the face of the franchise or even a main character at all, despite debuting alongside Agumon as one of the two possible child Digimon in the original pet.

It's a shame, because while Agumon is alright enough and easily marketable, I think Betamon could have made for a more memorable, instantly recognizable series mascot if they'd only given it a chance as one. The combination of its pudgy, watermelon-like form, huge orange mohawk crest and those rad little monodactylic feet makes for an overall truly unique little reptilian beastie that I think a lot of kids would have eaten up in all manner of toy forms. 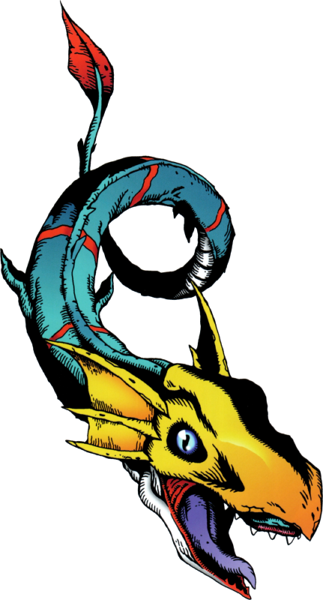 What's also cool about Betamon is that, while Agumon evolves into multiple flavors of dinosaur, Betamon evolves into various dragons. Seadramon here is a rather bare-bones, classic sort of sea serpent, but I like the garish color scheme, almost like it's advertising how badly it tastes to still larger Digimon, and I especially enjoy the tiny, reduced flippers on its otherwise perfectly snake-like form; the sea dragon equivalent of one of those nearly-legless skinks.

Would you be surprised to know I actually had a dragon phase as a kid? I was genuinely ALL ABOUT dragons, even conventional dragons, for a good couple of years straight, even if I still loved arthropods and plant monsters on a deeper personal level, and while they missed Digimon by a good few years, dragon-phase me would have probably adored this thing here. 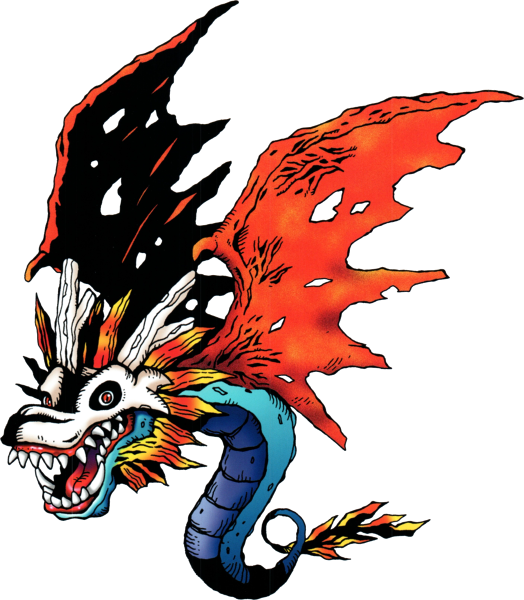 The flying counterpart to Seadramon is a little more elaborate. Serpentine leglessness is always an excellent choice when it comes to draconic beasts, and I really like the intense, regal colors they gave to this beastly sky-snake. Can you believe most newer Digimon have NO rotten holes in their wings or varicose veins?! The way its head is armored by an external or possibly stolen skull just tops the whole thing off. 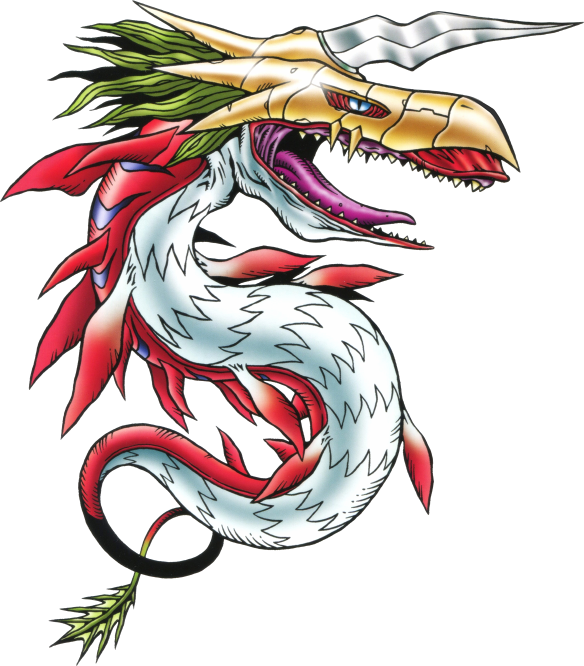 Eh, not really as exciting a change as Airdramon is about to get. Red and white are not colors that look at all attractive together, and do you think you have enough flippers, Megaseadramon? Sheesh. Not bad, but could have been better. 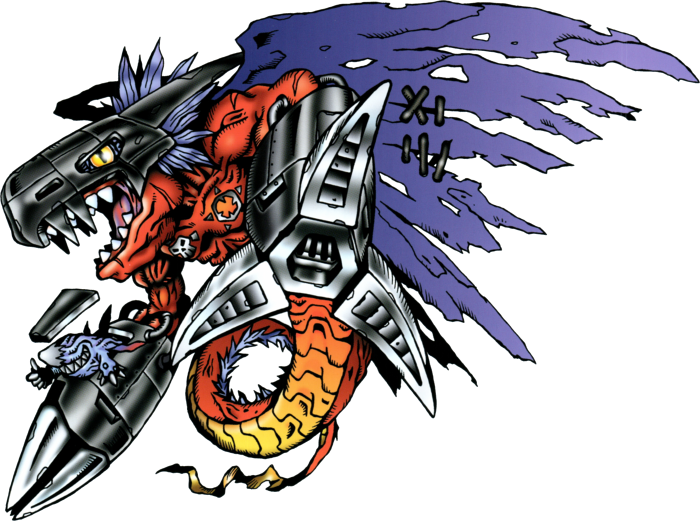 We drop even the "air" designation for Megadramon, which as you can see is almost the same thing as Metalgreymon, just with much cooler looking claws, a snakey tail instead of legs, and uh...nipple tats, I guess. I actually think this one is pretty damn cool though. The snakey tail and tripartate claws really go a long way! 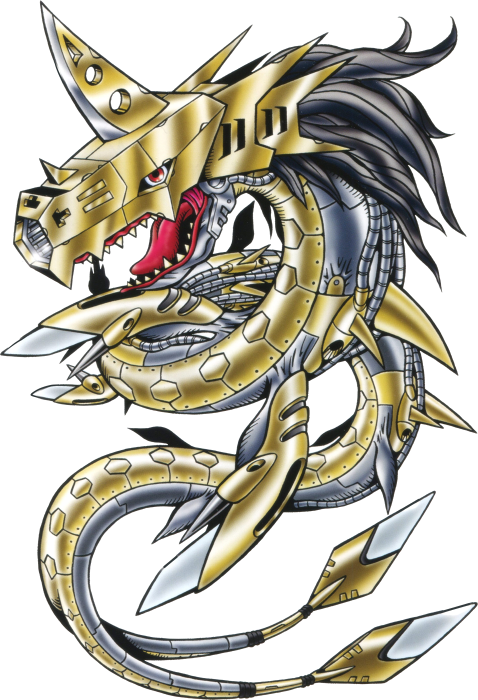 Things get pretty interesting now with the Ultimate stage, because this was another one that joined the "Dark Masters" as a major series villain, and its fellow tyrant Machinedramon can even evolve from this line as well. Guess Betamon really was pissed at getting so shafted.

Metalseadramon's design is the expected roboticization most Digimon go through at this stage, and not terrible, but the gold and silver is pretty eye-burning. All I can really say about this one is how hilarious his English dubbing is. Just listen to the voice they decided should come out of a giant, murderous dragon, and enjoy his dorky Anomalocarimon minion, too ("Scorpiomon" in the dub):

MACHINEDRAMON WAS HERE...BUT LATER MOVED TO THE AGUMON REVIEW!