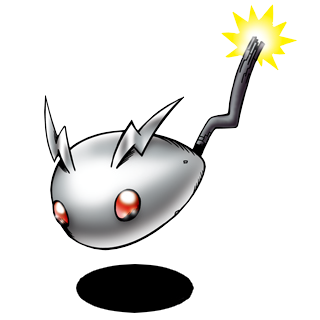 Today, let's look at some robot Digimon that evolve from each other! One of the only mechanoid baby Digimon is Choromon here, translated in English versions as MetalKoromon even though Koromon is a Baby II Digimon.

This cute little thing is said to run on a program that moves in reaction to light, and goes motionless in darkness. A digimon based on an extremely simple robot, the kind someone might put together as an early test! 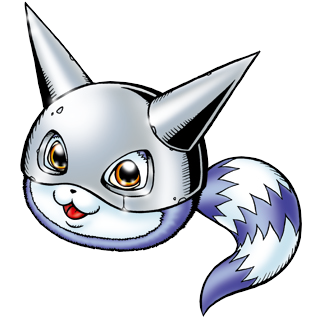 This, you may notice, is NOT a robot Digimon, but this dog ball head in a helmet is the only Baby II that evolves into any of the robotic Child Digimon, and its most official evolution seems to be our next one here. 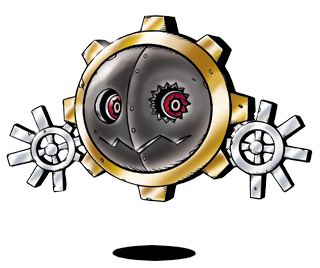 The go-to child stage for many mechanical Digimon, I always liked the simplicity of Hagurumon being little more than a big cog with a metal face, and those are very cool looking eyes it has, made cooler by the two different shapes of its eye sockets! 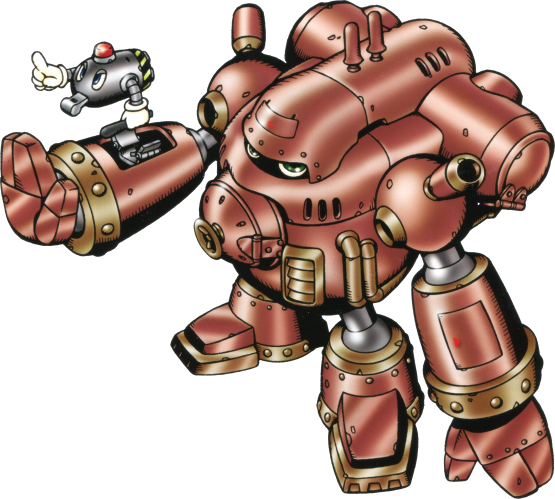 Not one of my top favorites, but not bad at all. This simple, chunky humanoid robot has a nice antique look and feel to it, like it was built with salvage from an old submarine or a boiler, it wouldn't look out of place in a Megaman game and you know how I feel about eye-hole faces by now. The little robot bullet with the baton and the whistle is also hilarious. 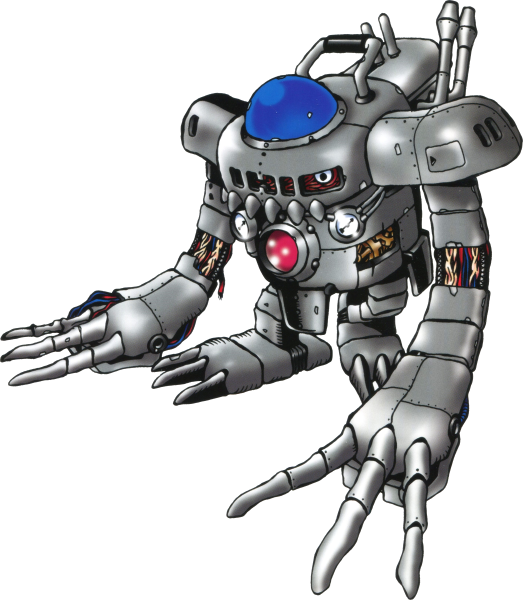 Actually one of my favorite adult Digimon, this creepy thing has the flat, segmented arms and long, skeletal fingers that make some of those oddball Gundam robots look so cool, the "teeth" give its face an alien skull quality and of course I love that it has just one eerily organic eye, surrounded by exposed flesh! What's really interesting about this Digimon, though, is that it's a brainless vehicle. Everything it evolves from is sapient, and everything it can evolve into is sapient, but it has absolutely no mind of its own and no ability to function without a pilot. This is a Digimon that actually evolved into a mobile suit, and I'm glad that didn't become a major norm for Digimon or it could have easily taken over a whole chunk of the franchise, but it's really neat to have at least one digital monster that works this way.

In the anime, we've even seen bakemon piloting these things! 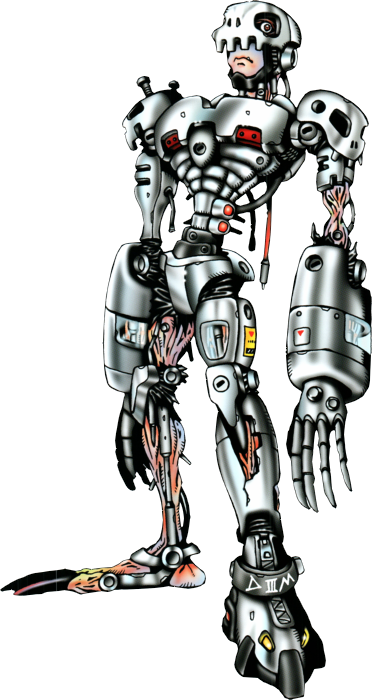 Andromon was one of the first perfect-level Digimon ever encountered in the series, so technically more powerful than even Angemon or Devimon should have been, but he never got to be much more than a friendly side character. Clearly inspired by Robocop, Andromon has quite a bit more for me to like than the typical robot-man design, including a disturbingly fleshy right leg, exposed wires and a skeleton motif throughout. I also like the way his eyes are spaced much farther apart than they could be if an actual human head were under that helmet. Best of all, Andromon has those meaty fish-rockets we get in some of the other early Digimon, and they fly right out of his pecs! 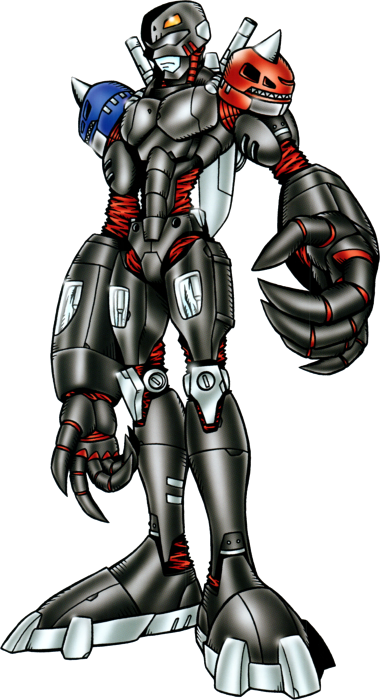 Unfortunately, Andromon loses a lot of his creepy cybernetic traits when he evolves into his final form. I get that this is totally by design, that he's supposed to be completely "perfected" by going full robot, but in the process, all the freaky charm is sucked right out of him in favor of something that looks more traditionally "cool," and unfortunately, that sums up a lot of Digimon as a whole.

At least Boltmon, the Frankensteinian monster, is also a possible evolution of Andromon, and so is that Reapermon or Gokumon we talked about under the Angemons!