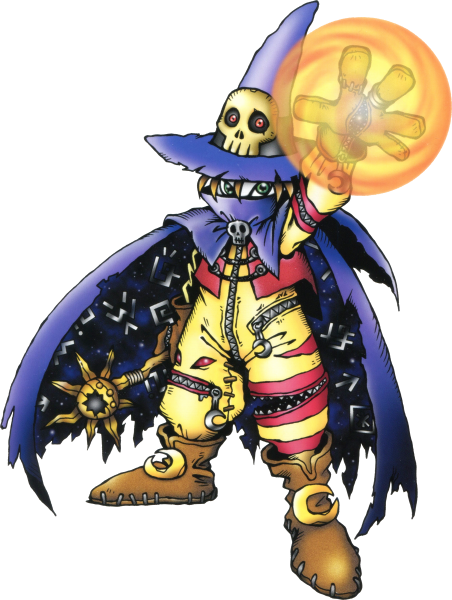 Today we review a couple of weirdo magic-users, starting with the heroic Wizardmon! He's really quite a bit cooler than our typical image of a wizard, with a pretty kickass outfit loaded with zippers and stitches and a couple of skulls for good measure. If you've closely followed these reviews, you may notice the inside of his cape bears the same sort of pattern as Phantomon, and the little reaper is even one of Wizardmon's possible evolutions! I also like how the end of his staff is a golden tamagotchi, and according to his bio, the "sorcery" he practices is just "higher level programming code!" I love the idea of digital creatures manipulating code as "magic." Wizardmon is perhaps best known for his role in Digimon Adventure, as the best friend of Gatomon and another minion of Myotismon working against their evil master. This particular Wizardmon was also a total drunk, but the English version, not wanting children to accidentally hear that beer exists, opted to dub Wizardmon's alcoholism as an addiction to drinking "hot sauce" straight from the bottle, which, like many dub decisions, is honestly much funnier. Also of note? Wizardmon's true face isn't as human as it might look at first glance, but a sort of noseless, ghostly scarecrow! ...With a rat tail. Not ALL of his fashion decisions are perfect. 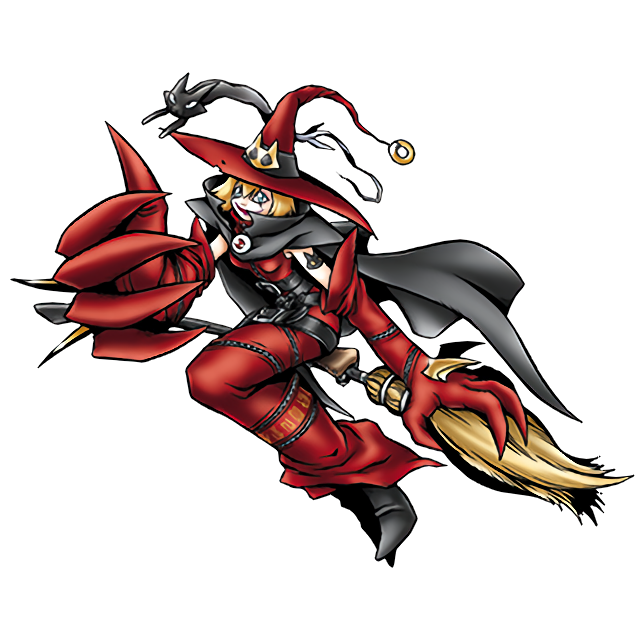 Years after Wizardmon was introduced, a female counterpart cropped up, and maybe I'm biased because witches are more directly associated with Halloween, but I actually find her even cooler than Wizardmon. She doesn't have the scarecrow face, true, and she would have been better still if she did, but she's got a rad black and red color scheme, giant hands with metal blades, shadowy cat familiars, an eyeball charm and even MORE zippers than Wizardmon, or at least one long megazipper spiraling down her dress. She also has the arbitrary leather belts popularized by many other Digimon, whereas Wizardmon lacks even one belt. Witchmon's visage isn't totally human, either. There's a card illustration or two where she has normal, generic anime features and I refuse to stain this page with those, but they're at least outnumbered by instances of Witchmon with slitted pupils, purple lips and jagged teeth. What's especially fun about both Wizardmon and Witchmon, however, is that they're refugees from another line of Bandai virtual pets, Magical Witches! The designs don't match up all that well, but both of these Digimon are said to hail from an alternate digital universe known as "Witchelny," the same setting of the "Magical Witches" storyline! 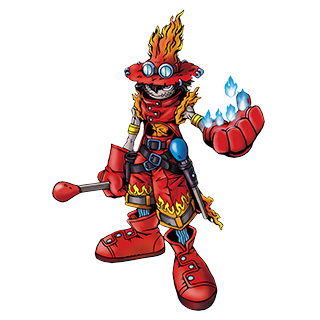 A little more obscure than its brother and sister, this fire-themed Wizardmon was actually introduced as an "armor" digivolution for one of the second season's hero Digimon, but one of many such forms that never actually showed up in said season and couldn't possibly have anything less in common, thematically, with that hero digimon. I was originally going to go through all "armor forms" on their own, but there's so darn many of them, I may as well get some of them out of the way wherever they make sense. Flawizarmon would go on to be treated as just another adult-level counterpart to Wizardmon, one too cool to hide its face and also too cool for the letter D, apparently. What I personally like most about this design, besides obviously being Guy Fieri's partner Digimon, is that it carries two cartoonishly gigantic matchsticks around. 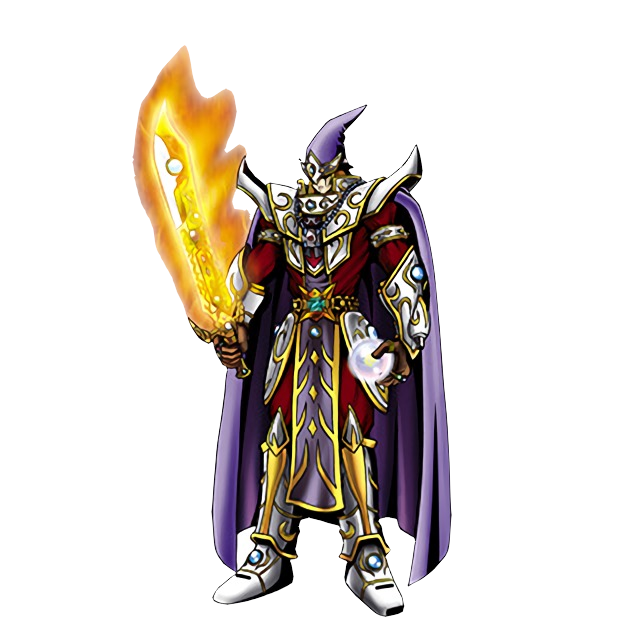 So, not a fan, unfortunately. A normal guy with a burning sword and a suit of armor is pretty major downgrade from these other guys, and I forgot it even existed for almost a year before I added it back in to this review. Sorry, Mistymon, but you're just a guy! A guy with a pointy hat! 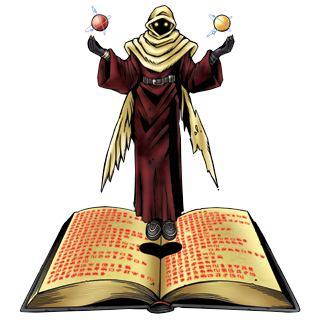 Eventually, a much more wizardly Digimon was released that all three of these nerds could evolve into, and it's such a pretty design, isn't it? It doesn't have all the flair of its predecessors, but it has an elegant simplicity with pleasant, muted colors, creepily clawed hands and everybody's favorite kind of non-face. Wisemon's giant book is also a part of its form, and kind of implied to be some sort of sacred bible of the Digital World that exists as countless copies Wisemon can freely pass between. Despite being considered a "holy" Digimon, however, Wisemon is a virus type with unknown motivations!

Now, there is a higher-level relative to Wisemon, but it's part of a series of monsters I'm saving for later. It's also not as good looking, but it's related to another Digimon that's really interesting. We'll cross that bridge when we come to it!