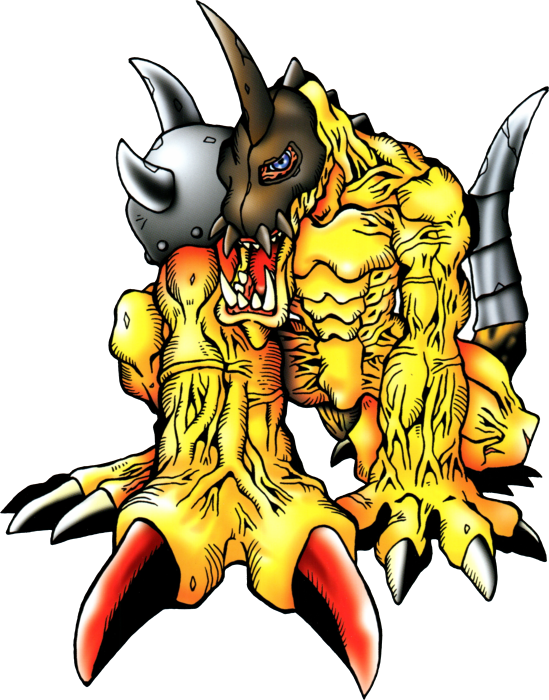 This is another of the many, many adult Digimon who have no appropriate evolutions and get precious little attention, with Cyclomon in particular having virtually ZERO anime appearances of any note. It's a pretty cool beast, however, almost resembling an extremely mutated Greymon. Cyclomon's primary gimmick and namesake is that it's a "cyclops," but while that usually entails a creature with one eye in the center of its face, Cyclomon has more of a reptilian head with only one eye on one side. This gives the poor thing a pretty massive blind spot, pretty much its entire right side if it doesn't turn its head often enough, but it still looks pretty damn cool.

According to Cyclomon's profile, it was once a "stalwart dragon warrior," but Leomon destroyed its right eye and reduced it to a brutal, vengeful killer. Wow, Leomon, what the hell, man!

To facilitate its revenge, Cyclomon also strengthened its right arm to abnormal proportions, lest you thought this was just a poorly drawn perspective effect. No, it really does have one arm that's just three times as beefy as the rest of it, which I guess also compensates for that big blind spot.