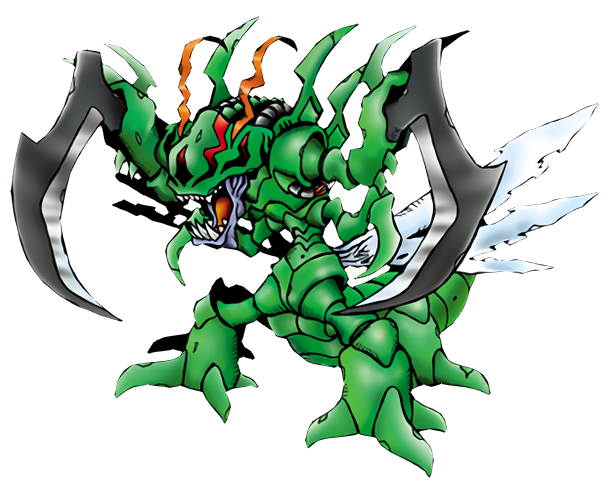 Poor Snimon! Beetles were good enough for multiple complete Digimon lines, but not a mantis? One of the most celebrated and ostensibly ass-kicking of all insects? Wallowing forever as another orphaned adult, Snimon has all the trappings you would expect from a digimantid, including the classic eyeless helmet-face of early insect digimon. Perhaps the fact that I can summarize a lot of these with phrases like "typical dinosaur digimon" and "the usual digimon jaws" stands as evidence that the style was, perhaps, a little too homogenous early on, but I still feel like the series only shifted gears to another, different sameyness that simply wasn't as good as the one they started out with. It has been many, many years now since they released even one more insect digimon that has this reptilian-alien look to it, and it makes me sad. Who cares if it's a little repetitive? A signature look can be its own kind of fun, and what signature look could be cooler than "all of the insects are also xenomorphs?"