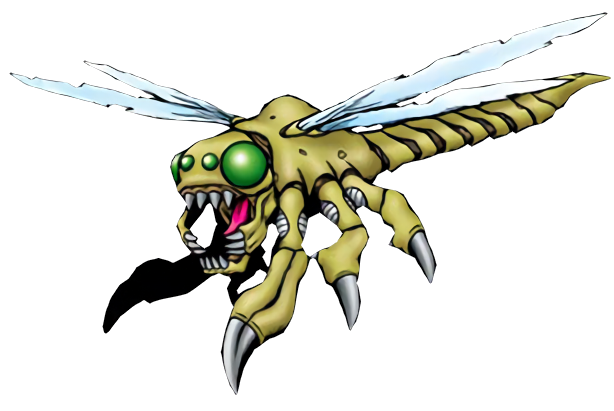 Speaking of under-represented insect digimon, how many people ever remember that this one exists at all? There's a big, monster dragonfly adult stage alongside our beetles, our mantis and our wasp, and nobody seems to care. For an adult stage insect, Yanmamon isn't even very large. Some official artwork puts it at roughly the size of a person, or a smallish horse I guess, so it's not EXACTLY equivalent to the likes of Kabuterimon, though digimon sizes also seem to fluctuate with whoever's drawing them at the time.

About the only possible evolution I think really makes sense is the fact that this giant dragonfly can evolve into Anomalocarimon, so it's kind of a giant, prehistoric insect evolving backwards into an even more ancient ancestor of arthropoda. I like that. If only there were an Ultimate stage representing an invertebrate even more "primitive" than Anomalocaris!