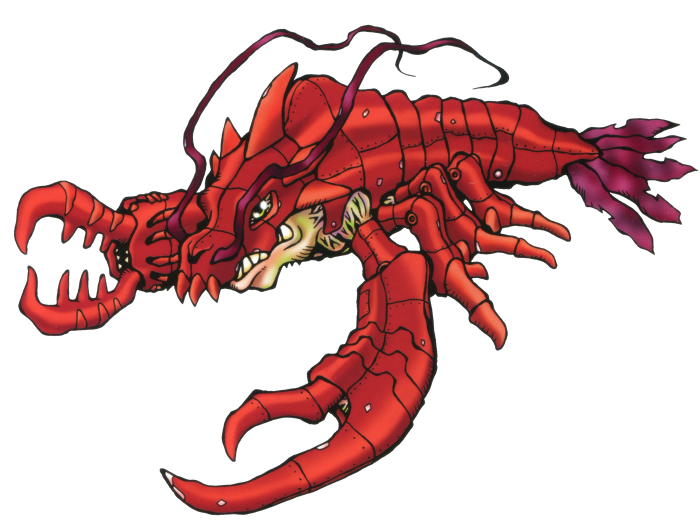 This is another adult stage we can't say all that much about, but that doesn't mean Ebidramon is boring. A huge, monstrous lobster is something that's just always extremely valid, and would have made slightly more sense as the link between Crabmon and Anomalocarimon way back, but whatever. I just noticed, for the first time ever, that the original artwork has a shell that appears to be riveted together, which is a really fun little touch I think all other artwork has overlooked. Also noteworthy is the fact that Ebidramon's right claw appears to also function as a secondary mouth, and of course, that its name is EbiDRAmon, with the distinct head shape of the other "Dramons!" That this lobster is also part of a family of dragons doesn't come up much outside its name, and the fact that its official description calls it a "nonconformist of the Dramon type."