ENTRY 061: SORRY ABOUT THAT, ELECMON 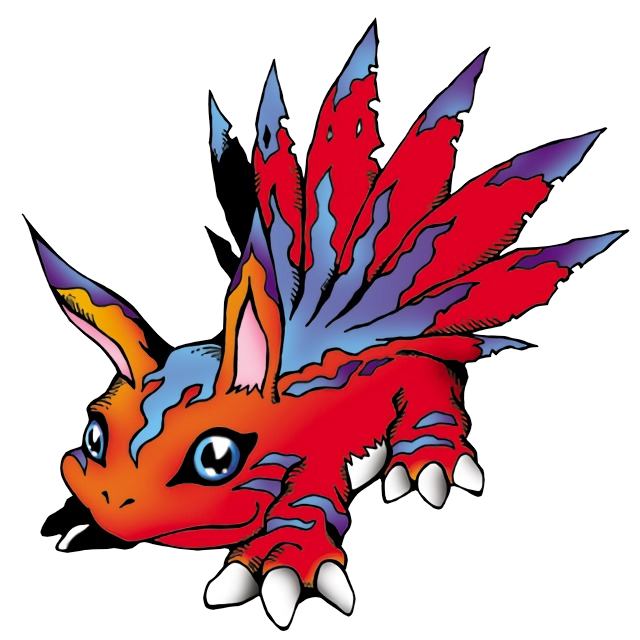 Did I really make it to sixty review pages before I remembered poor little Elecmon? This was another of the earliest Digimon passed over as main character material, debuting as the alternative child level to Gabumon. The fursuited salamander is certainly a tough act to follow, and it's understandable that this relatively straightforward mammalian creature would live in its shadow, but Elecmon isn't bad. Not a bit!

As with several other mammalian digimon, at least early on, Elecmon doesn't resemble any one animal from our own world, and I can't even allude to any specific combination of real mammal traits. The closest thing I can draw comparison to might be a wombat, but only very loosely. This is almost a more frog-shaped mammal, with rabbity ears and sharp little teeth (when it opens its mouth) and a fan of nine tails that it apparently displays like a peacock!

I really like these digimon that work as believable, fictional natural species. I love the twisted monsters and cybernetic demons too, sure, but I wish at least that modern digimon content would introduce more Elecmons. More digimon that are just "creatures" without an obvious theme or reasoning behind them.

Elecmon wasn't totally left out of the anime, either; one was featured as the tough but kindly guardian of the nursery where dead digimon are reborn as new babies!