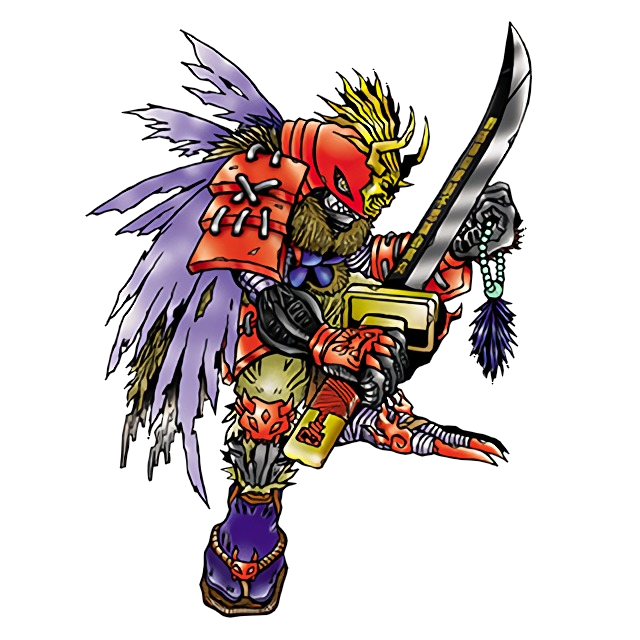 Originally I just reviewed Zanbamon here, but, you're right, Musyamon is definitely the thematic, official Adult stage for the line. A straightforward demonic samurai with a lot of detail packed into its design, which is more than appropriate for the theme, and I'm glad those details are on the ragged and battle-worn side. As with a lot of earlier humanoids, what we see of Musyamon's face and eye placement are not quite human, but definitely more beast-like.

There's also a rather interesting child stage for these guys, but, it's even more appropriate to another series of Digimon we'll review it with later. 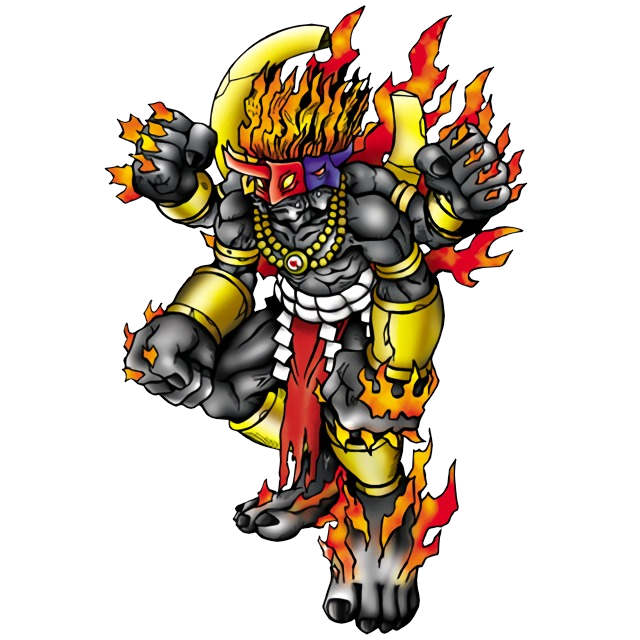 Musyamon typically evolves into Asuramon, based on the Asura that appear in both Hinduism and Buddhism. In both cases, Asura are fearsome divine beings that may be good or evil but are always possessed of incredibly destructive power, and are best known for battling against the gods themselves. Asuramon's design is alright, I guess; I like the masks with different expressions on them. I can't imagine there are all that many different ways to make an "Asuramon," really. It's basically what you expect. 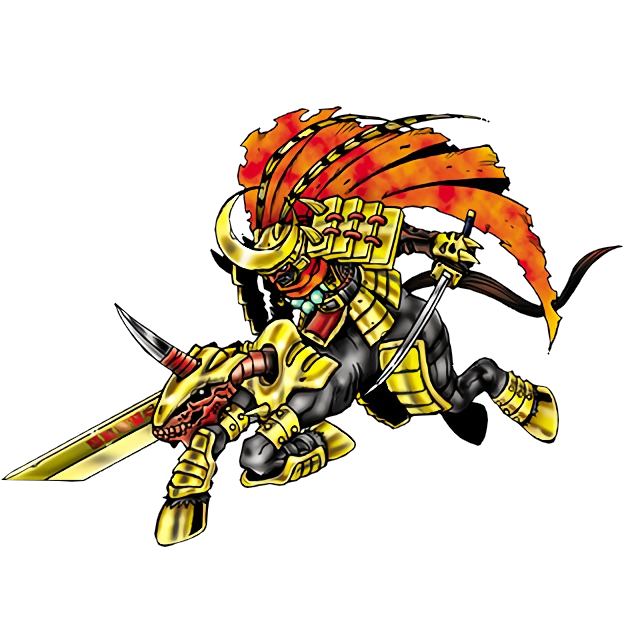 The go-to Ultimate stage here, originally all alone in this review, is distinctly more unusual than either of its predecessors. The seldom-used Zanbamon is also a digimon I could have sworn was a whole lot newer, but apparently goes back to 1999, and is yet another product of a fan art contest. The name comes from the zanbato, which literally means "horse-chopping sword," though the real weapon is actually significantly longer than Zanbamon's sword.

The coolest thing about this digimon, obviously, is that its gruesomely red, skeletal horse is physically a part of its lower body, exactly like the mythological nuckelavee, a terrifying aquatic fairy whose skinless, humanoid torso sprouted directly from its skinless equine "mount." Was this pure coincidence, or did the creator of this digimon combine an obscure (to most of the world) celtic legend with a samurai horseman? It's hard to say. There's enough similarity to be suspect, sure, but not enough completely rule out a happy accident.

Funny enough, I chose to review this digimon right after Chimairamon and Milleniumon before ever knowing that it was one of Xeedmilleniumon'a top minions.