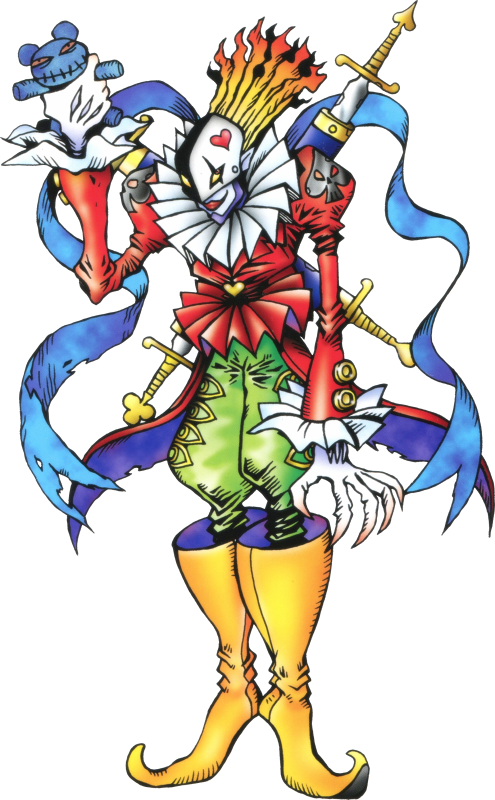 Scary clowns seem like they're more popular than ever right now, and I'm sure there'd be a lot of crossover between fans of 2017 Pennywise and this Ultimate stage digimon if the two debuted concurrently. Piemon seems to be widely regarded as one of the most attractive of the humanoid male Digimon villains, and yeah, I can see it. He feels a little more like the villain Kefka from Final Fantasy VI than what we usually think when somebody says "evil clown," he has an interestingly exaggerated body shape and his outfit is pretty snazzy, even if I think the green pants really clash with the rest. Piemon is another possible final form for the Devimons and other demon digimon, and he's our last member of The Dark Masters, the boss of Puppetmon, Machinedramon and Metalseadramon. Ladydevimon was also first introduced by the anime as Piemon's highest-ranking minion and personal bodyguard, which has of course led to some degree of shipping the two. Piemon's official description only talks about how nobody knows how or why he came to exist, or even what his "true form" might be. Personally I think it'd be awesome of his true form was that spooky gothic teddy bear he's often shown holding, but no such luck, as far as I know. 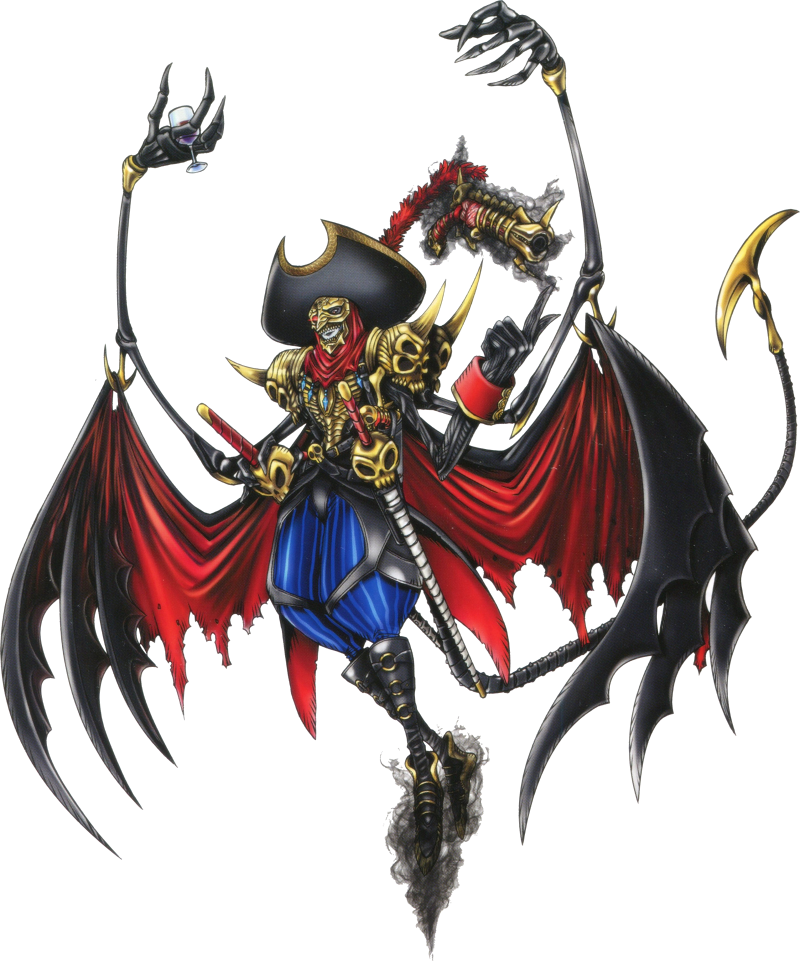 Piemon makes a return, sort of, in Digimon World: Next Order for the PS4, or rather, a new digimon born from a fusion of Piemon and Myotismon! Voltobautamon is actually an entity known as "The Grudgeful Hand," who uses Piemon and Myotismon's data to create a body for himself. It's pretty over the top in design, but in a very pretty way that's better emphasized by its official artwork, where every appendage is actually quite a bit longer and ganglier than the CG model: I like how this thing is neither a clown nor a vampire, but I can somehow see both aspects regardless. It's basically supposed to be a sort of demonic "duke," and I really like the pointy-nosed skull mask. That's a combination I haven't seen all that often! Why don't more skulls have pointy noses?!