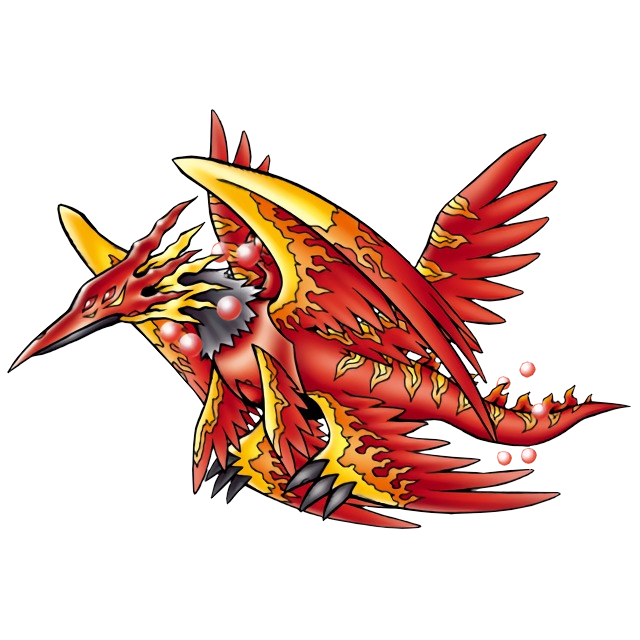 The last of the holy beasts, the "Vermilion Bird of the South," is the last of the four primary holy beasts, and I guess we should mention by now that they're based on four Chinese mythical beasts with the same titles, representing the same four directions. The Vermilion bird, just like its digimon counterpart, is master of all birds and always bathed in flames, bearing some resemblance to the Western Phoenix.

Zhuqiaomon is one of those digimon with a little too much chunky "armor" for my taste, but as far as those designs go, you could do worse than a menacing, four-eyed, eight-winged, lizard-tailed avian.