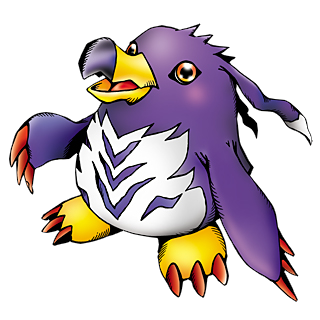 Taking commenter advice, I took Megidramon off yesterday's review to save for later. I just plain missed its significance! I haven't watched every Digimon series and there are so many different wikis!

Anyway, today is the obligatory penguin digimon, a child level that enjoys the cold. It's also said to have "degenerated wings" incapable of flight, like an actual penguin, even though in the digimon art style its clawed, arm-like wings look exactly like the fully functional wings of Biyomon and other flying bird digimon, so, whatever! 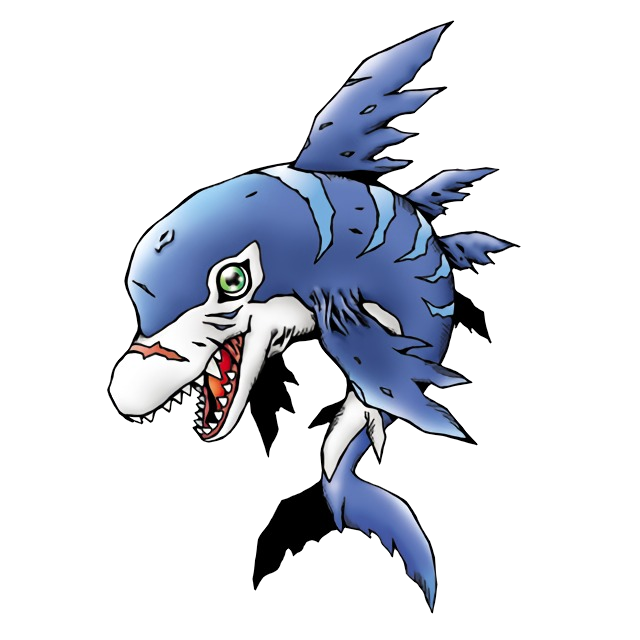 The penguin's most official evolution is this bottlenosed dolphin, and I know what some of you are thinking. A lot of people think I "hate" dolphins juuuuust because I like to make fun of them and call them assholes who are dumb and ugly. Actually I like dolphins, because they're sleek and terrifying aquatic pack hunters who paralyze their prey with sound, and yes, they are also cute, but not quite as cute as any given shark. It's just unfortunate that our culture has such a warped image of them and plays favorites with them over other, more important marine animals, and Rukamon's official profile falls into the predictable trap of thinking dolphins are enlightened, gentle brainiacs who abhor violence. BORING!

I suppose that, since digimon are born from human computer data, a digimon dolphin would definitely take more from our perception of the animals than from reality, which is also what happened to a lot of other animal digimon, like roachmon.

Unfortunately, Rukamon's design is incredibly dull compared to our last cetacean, Whamon. What, a dolphin was too good to have an eyeless alien skull? That would have looked KILLER! I guess I wound up giving Rukamon a bad review after all!