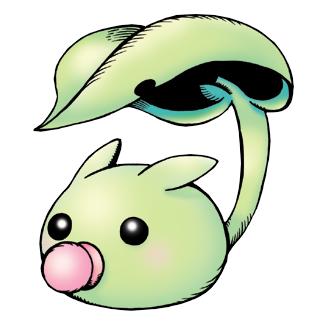 Time for the final 02 Digimon partner, the most lovable by far and arguably the most important! The line begins with the adorable Leafmon here, part plan and armed with acidic bubbles not unlike Tentomon's Baby I stage, Pabumon. 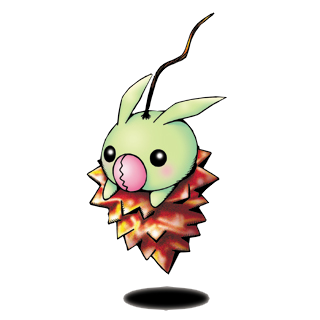 So then we've got possibly one of the best-ever Baby digimon, a darling little bagworm! That's one of my favorite insects already! Instead of the silk strand of an actual bagworm, it can hang from the absurd giant hair on the top of its head, but it can ALSO levitate for basically no reason. Get me 22,000,000 of them. 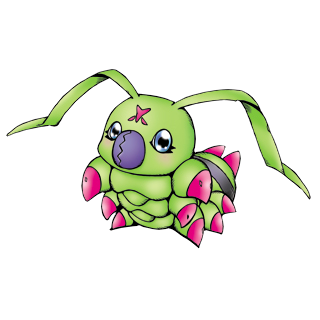 And then we have Wormmon, the digimon partner to Ken Ichijouji, and while I'd probably love Wormmon even more with actual insect eyes, he still manages to edge out any other child-level insect as my favorite. He's just such a perfectly wormy, grubby little larva, with a little caterpillar and a little centipede in the same design, and unusually for any digimon, he looks even better in the anime. He also has my absolute favorite dub voice of any hero digimon, however hit or miss it may be with the digimon fandom. In Japanese, he's just got a tiny, squeaky child voice, but on Fox Kids, they decided he'd sound like a frightened little old man, which makes his wide-eyed innocence and clinginess to Ken all the more hilarious and kind of heartbreaking. Enjoy this clip I found in which Wormmon gets jealous of a little girl whose voice actor has no idea what a Mexican accent is: I remember when this series debuted, there were people who thought the "Droopy" voice was just jarring and terrible, but it only ever made me think of characters like Winnie the Pooh, who similarly sounds and behaves like a child in the body of someone's weird little old granddad. Ken and wormmon are just about the only new characters to get any real development or background story in this second series, and it's a pretty grim one. As a child, Ken spends his life in the shadow of his genius older brother, their parent's favorite, and often wishes that he was an only child. At some point, Ken is called upon by the digital world for an adventure of his own, but unknowingly corrupted by "dark spores" from the digimon villain he helps vanquish. It's not long after this that Ken's brother is hit by a car and killed, which Ken feels is somehow his own fault, and the dark ocean, the domain of Digimon Cthulhu and other evil thingies, reaches out to Ken and awakens his dark spores. He basically loses his mind, begins to believe that digimon - even his friend, Wormmon! - aren't actually real, sapient beings, and begins to treat the digital world like a video game to escape to, becoming the cornball villain known as the Digimon Emperor.

Long story short, he gets better. 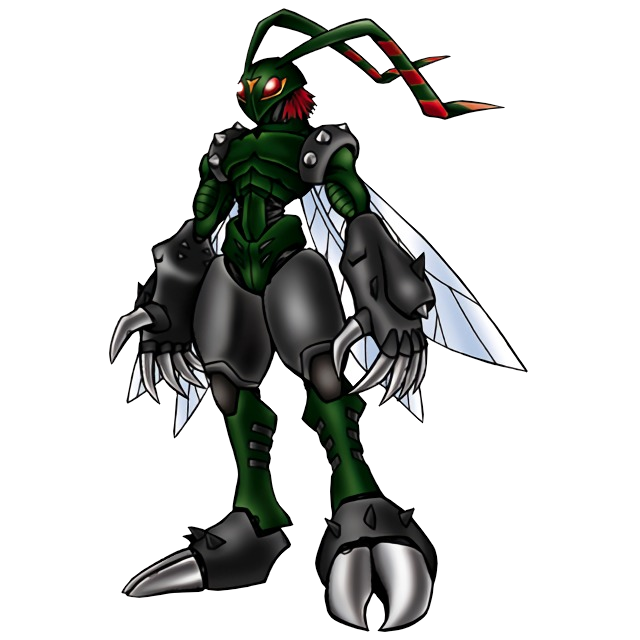 Back when this series was airing in the states for the first time, I actually thought for sure that the mantis, Snimon, would be Wormmon's main evolution. It's certainly an option, but "our" Wormmon primarily evolves into Stingmon here, which surprisingly enough isn't one of the "armor" evolutions the series made such a to-do of introducing. Alright then.

I'm not real huge into Stingmon, another entry in the Humanoid Digimon Uprising, but I get what they were going for here. It's a Sentai superhero insect type, an homage to Kamen Rider but with a waspier theme. If it can sting it should technically be a female wasp, but whatever, it's a digimon. It's okay. 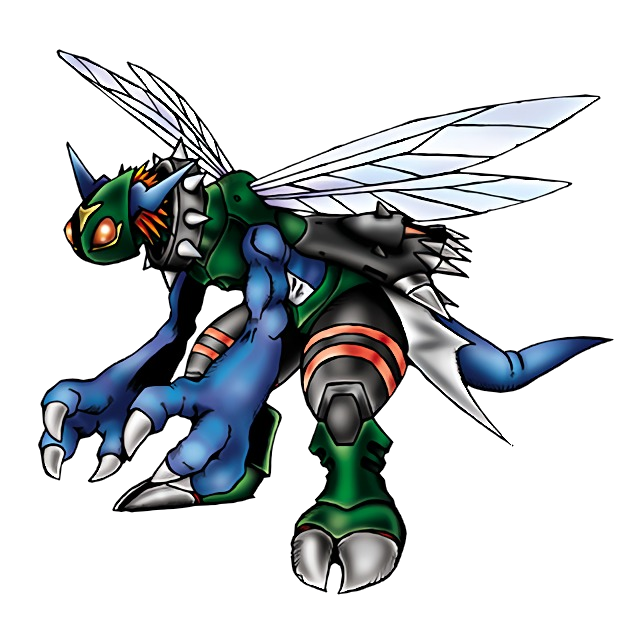 When we reviewed all those veemons, I said that Paildramon was one of only two possible fusions with another digimon. That digimon was Stingmon, and this is their other fusion. Can you tell that this and Paildramon were both modeled after toys that were made first? Transforming toys that were made first? I supppose that in itself lends a certain, uh, uniqueness to it. It sure does look like an action figure flipped inside out into another action figure. Also just okay. Not my thing as a design, but it's nice to know why it looks the way it does. 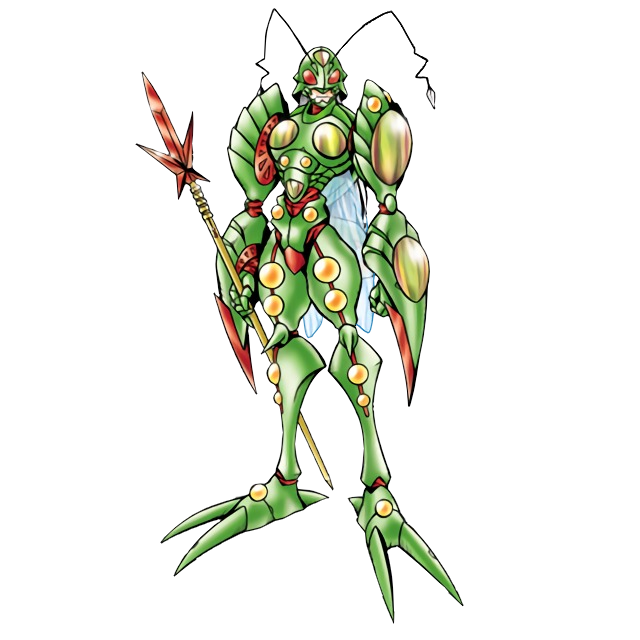 Definitely better looking than the transformer, this evolution never appears in the anime and was only introduced some time later, but at least it keeps with Stingmon's theme while looking just a little more insectoid, at least from the neck down. This time the "bee" in the name is actually short for "beetle," based on the appearance of actual jewel beetles.

But...this is it, basically. Wormmon, despite his importance, never gets a complete digimon line of his own, only evolving next into Grankuwagamon or Imperialdramon. What a waste! Where's Wormmon's real Ultimate stage, jerkholes??? It's been almost twenty years! Wormmon has seen NO important new roles or tailor-made new evolutions!