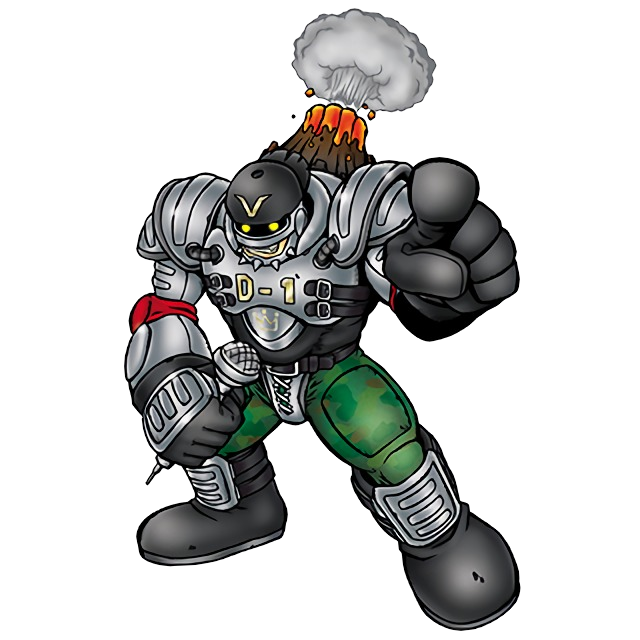 A fairly fun digimon, Volcamon is a cyborg who looks like he's dropping a BRUTAL diss track, probably about Etemon, who's supposedly his arch nemesis. Volcamon's also got an entire volcano on his back, for no reason other than to make a pun out of his inspiration. 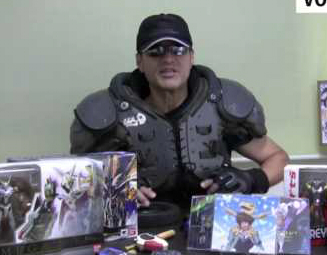 See, Volcamon is actually just a caricature of a Digimon series developer and tournament announcer who calls himself Volcano Ota in public appearances and delighted fans with his loud, outrageous personality. Loud and outrageous by Japanese standards, anyway. By American standards, that's just "every single day, but especially when someone else is trying to have a quiet dinner." 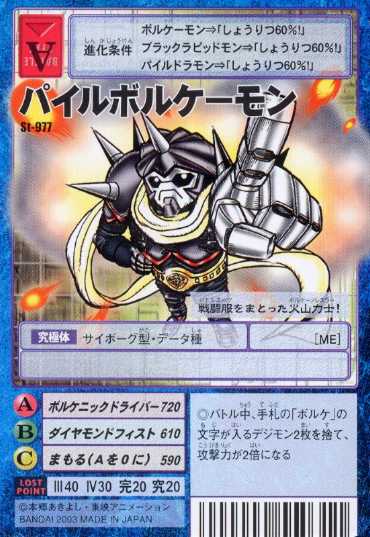 Volcamon can also evolve into PileVolcamon, who's more of a pro-wrestler, but doesn't seem to have the volcano anymore? Weird.

There's another variation on Volcamon that's even more outlandish, but it's part of an important series of digimon we're saving for later!