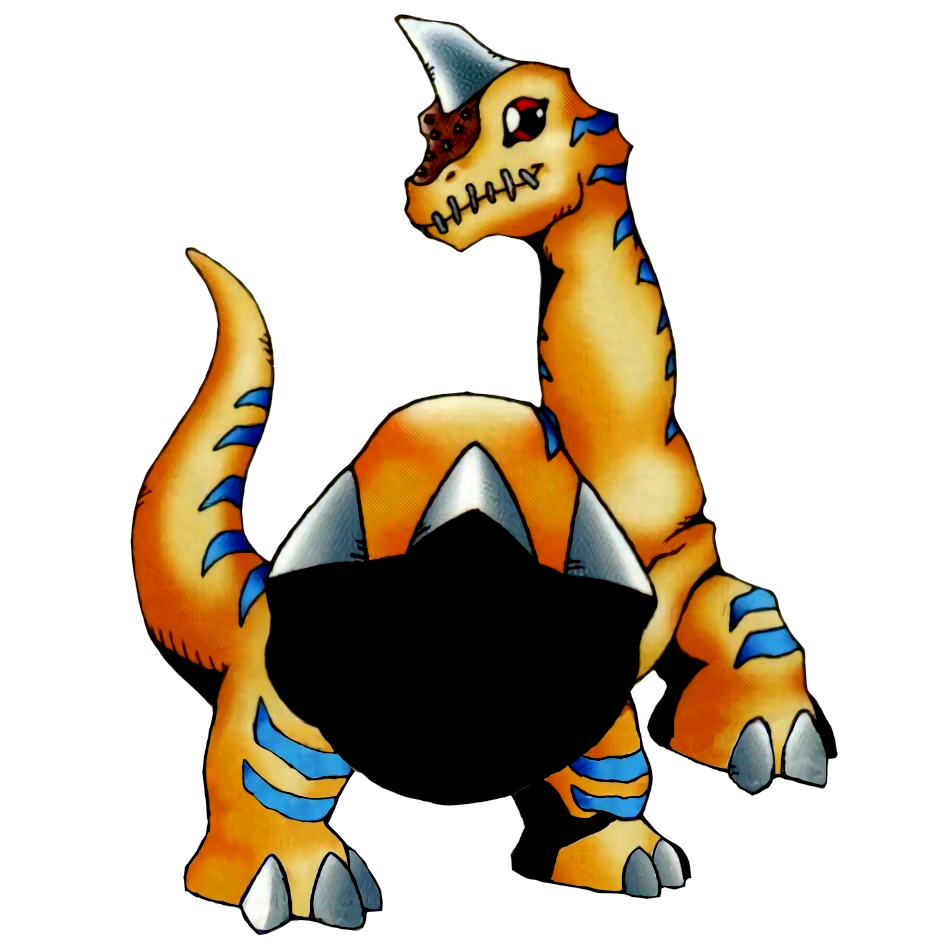 This digimon's official art is kind of weird, isn't it? It's supposed to be stepping towards us, so the bottom of its foot is front and center, which I guess is supposed to illustrate that it's a huge, stomping dinosaur, but then they colored that entirely black. That's not really how it should work. You shouldn't want an empty black plane blocking most of your monster's body, come on!

It's a neat brachiosaur digimon, though. Simple and straightforward, except for the digimon mouth stitches it gets for really no reason. What's strangest about Brachimon is that it's a perfect-level evolution for only a couple of dinosaurs, like Ankylomon and Tyrannomon, but in the tcg, it can evolve from Zassoumon, Geremon and Platinumsukamon here, all recolors of garbage types. Geremon and Platinumsukamon have to evolve together into Brachimon, which is even weirder. Poop and Rat + Slug = Brachiosaurus? 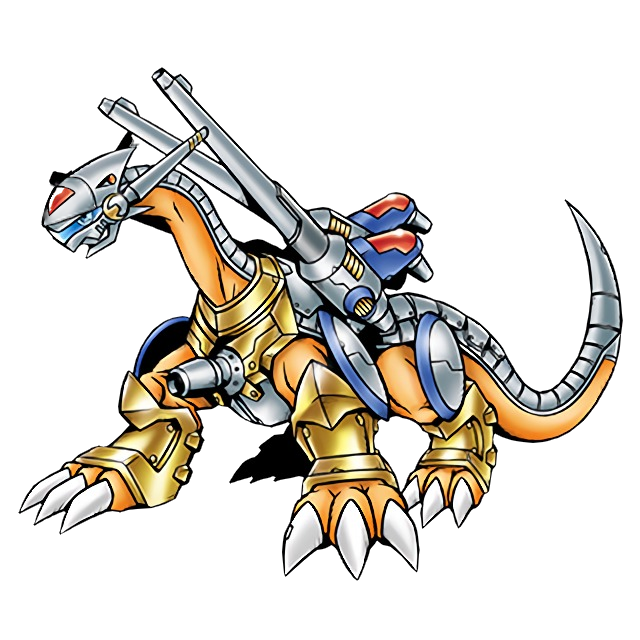 Brachimon has what should be its designated Ultimate, cannondramon, which really isn't half as charming. Just another digimon with some shiny accessories bolted to it. It was not, however, originally created to be Brachimon's Ultimate, but that of another dinosaur with guns we'll review later. Brachimon would at least evolve into Cannondramon in the TCG, and finally five years later in the Dusk and Dawn video games. 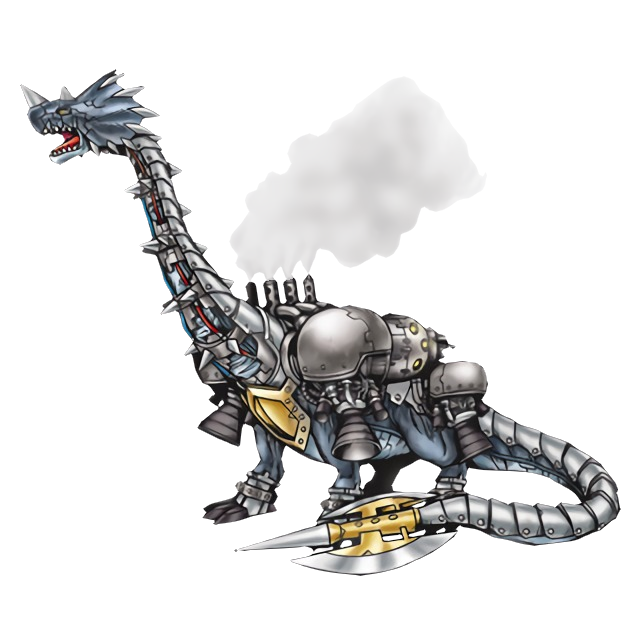 Brachimon would later get a far better, even more "official" Ultimate, creatively known as Ultimate Brachimon, and I love how much it hearkens back to the cybernetic dinosaurs of early perfect-levels. The tubes running all the way up its neck, possibly pumping blood, are an extremely cool touch that really gives it that "unnatural enhancement" vibe, as do the diesel truck exhaust pipes on its back. Outlandishly, those rocket thrusters on its sides are just supposed to compensate for its weight and allow it to walk at all. That's one way to do it, I guess!

Unfortunately...Ultimate Brachimon, released in 2003, has yet to appear in virtually any game that also includes Brachimon. Uh, oops?