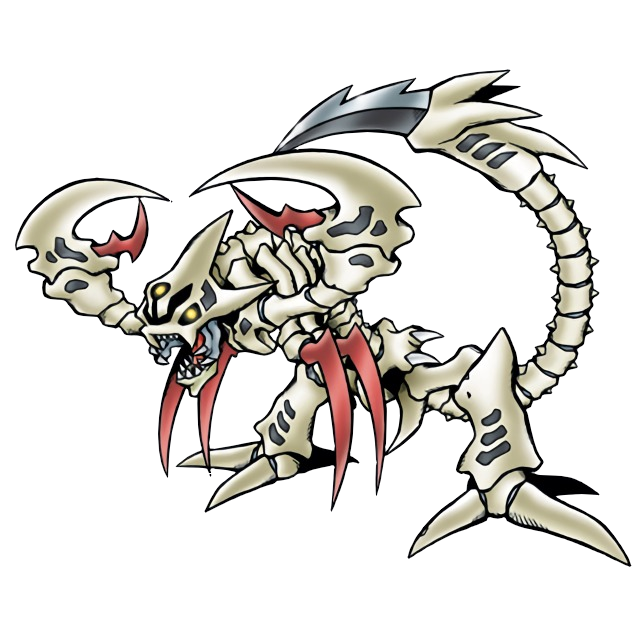 The dub kinda messed things up when they changed "Anomalocarimon" to "Scorpiomon," since that later became the name of this other perfect-level arthropod. To compensate, dubs usually refer to it as "skullscorpionmon," which ends up implying that this is the undead counterpart to the Anomalocaris, but I like it better when this mutant skeleton-bug is still just plain old "scorpiomon." It's an interesting mashup of a scorpion with some sort of reptilian skeleton, which I think suits a desert-dwelling monster quite well.

Scorpiomon's most visually appropriate prevolution is only the preying mantis, Snimon, and its only appropriate Ultimate stage is a big, bladed beetle digimon we're getting to a whole lot later, really jumping all over the phylum Arthropoda with only a uniting theme of horns and claws, I guess. That's pretty rad, though. This is a rad digimon.