Today we have an arguably even bigger fandom baby than Renamon, and my opinions are at least a little more mixed.

Impmon's baby forms are sadly almost afterthoughts, lacking even the usual official Bandai illustrations. There's nothing we can even say about this purple emoticon with ears. It's not bad, but it's not great.

The next baby stage is similarly lackluster. There was a cool opportunity here to make a demon-themed baby digimon that might have also worked for Demidevimon and the like, but this is basically just its evolution's severed head.

So then we've got Impmon proper, and this is honestly another design I didn't care about when it first debuted. I still feel like it's missing something and a little plain by series standards, but I've definitely come to respect Impmon's retro cartoon vibe. The pure white face and little doggy nose bring to mind Fleischer-era characters, the same feel the Warners from Animaniacs were going for, but with goofy purple devil pajamas and even a saw-toothed smiley face to let you know this thing is a little brat. This is of course exactly why Impmon is so fondly remembered, because he IS a little brat; a digimon that was the partner to a pair of human children, but ran away when they wouldn't stop fighting over him, treating him more like a pet or an object than an independent being. Understandably, he has next to no respect for either humans or other digimon, especially not humans and digimon who team up with each other like losers, and continues to be more of an antihero than anything else.

It's always a lot of fun when a cute little battlemonster is actually a flawed, troubled character. It's what made Gatomon interesting, but Impmon runs even further with it. I also end up saying this about a lot of anime critters, but Impmon is yet another who can clearly trace his aesthetic principle and personality back to the similarly flawed, troubled, but sometimes well-meaning Baikinman. If you never read my old article on this little bastard, now's the time to find out who actually started the Japanese trope of short, mischievous, jester-like pajama devils.

What's also interesting about Impmon is that it skips having any tailor-made Adult or Perfect stages entirely, and "warp" evolves in the series straight to the incredibly powerful, ferociously violent, gun-slinging Beelzebumon, considered another one of the digimon world's "seven great demon lords," and somehow representative of the sin of Gluttony. I'm still not sure why. 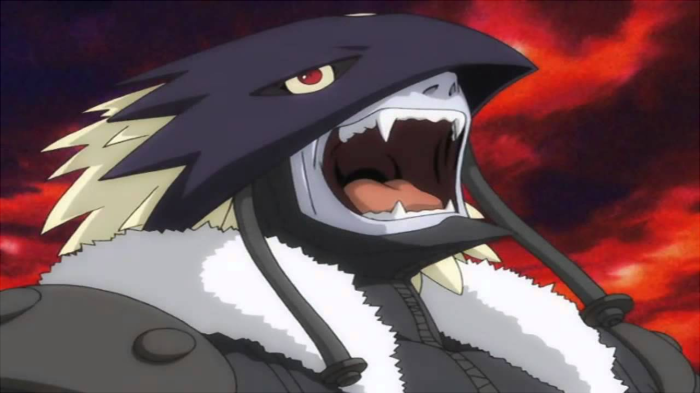 I am definitely let down that the name "Beelzebub" wasn't used for a fly-themed demon digimon, but setting that aside, he's definitely a neat addition to Digimon's various Satans. He's yet another "Phantom of the Paradise" demon man, but with three eyes in the "mask," a bad boy leather jacket, a segmented metal tail and bladed metal boots. You can also sort of interpret his "Beelzebub" aspect as producing "swarms" of bullets.

As you can imagine, all of Impmon's pent-up aggressions come out once this level of power is thrust on him, and Beelzemon goes on a spree of violence before simmering down into the brooding antihero he's remembered as. 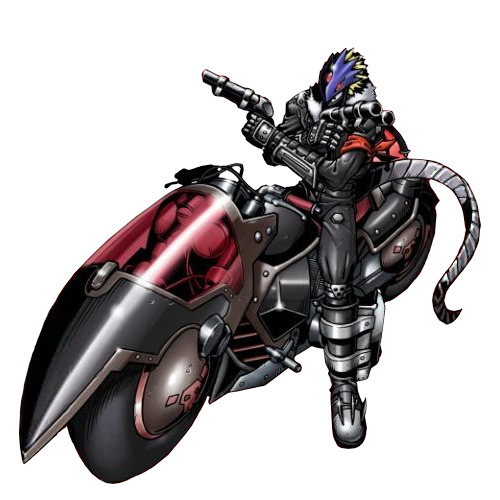 To really drive home what a badass this guy is, Beelzemon is the only digimon capable of controlling Behemoth, an evil digital motorcycle that usually possesses and controls its driver. There's no explanation for where this motorcycle came from, but it was introduced earlier as a one-off antagonist, only to return as Beelzemon's personal ride. 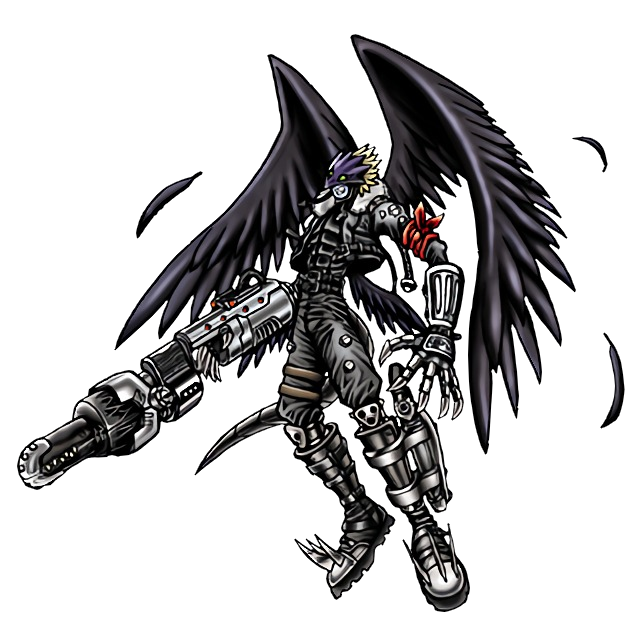 ...Though he doesn't really need a motorcycle when he enters "blast mode," a form with the giant, black angel wings fans would have probably given him anyway if it hadn't so conveniently been canon. Touchingly, his evolution into this more powerful and more psychologically stable form is brought about by a toy gun given to him as reconciliation by his intended tamers, and becomes the giant energy rifle integrated into his right arm. That's all PRETTY boss, I can't lie, but the most appealing thing here really is the fact that this excessively dark, angsty badass is still that angry little devil-boy somewhere deep inside...and that so much of his angst comes from being bullied by little kids.