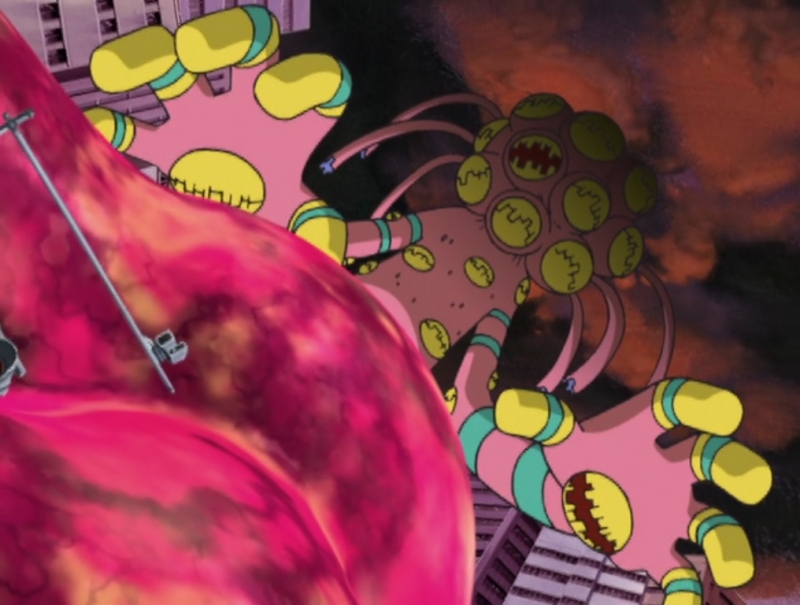 Back to the QUALITY stuff! Do they mean "parasite head" or "paradise head?" Neither, apparently, since its name was intended to be "Palates Head," as in the bone "palate" forming the roof of your mouth. Again, the weirdest way to still describe something bluntly.

Paratice is a "reconnaissance" agent, like the searchers, but actually capable of combat and standing as tall as a skyscraper. As you can see, it has a fairly simple and cartoonish humanoid shape, but covered in snapping, yellow mouths that form a disturbing cluster where its head ought to be! These mouths can also pop out of their sockets and attack the reaper's enemies on their own long, thin cables, revealing them to be sort of like ragged, giant pac-men.

The next best thing about Paratice Head after its entire anatomical plan is that it's capable of speaking through its many mouths, but only sounds like Jeri, which means all those spherical, alien beaks speak together in the voice of a little girl. Paratice's tentacles can also exude what resemble normal, man-made camcorders as it analyzes its surroundings and the beings it encounters.