Remember how Tailmon or "Gatomon" evolved from a puppy, for some reason? Well, now it's skinnier and its bracelet is bigger, I think. Maybe the rest of it got smaller?

And now, the X-antibody has given Gatomon tackier fashion sense and an extra tail. Ehh. 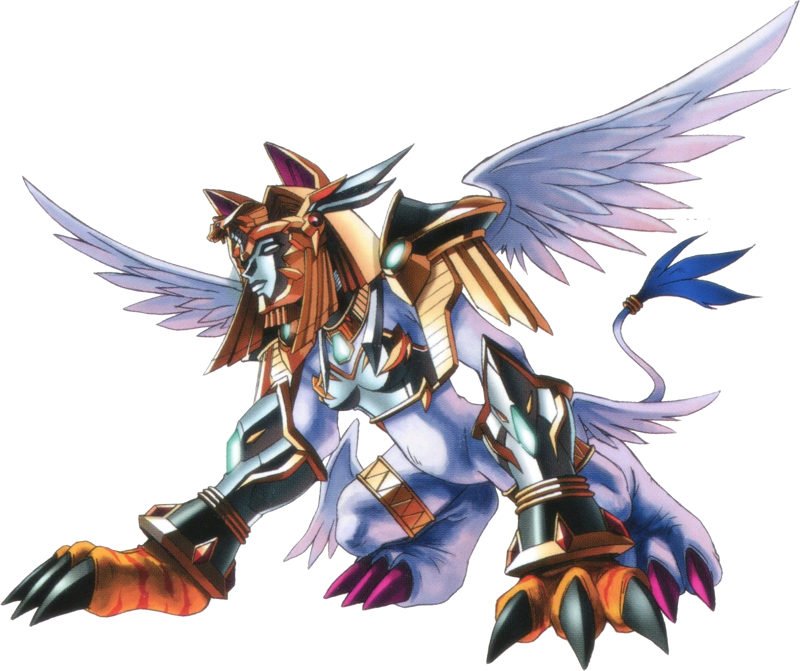 Well, whatever. They don't make any sense to review separately. I'm not sure if I can say this is either better or worse than Nefertimon used to be; it's another that's simply "different." Nefertimon is one of those concepts that's difficult to outright screw up.

It's interesting that the original wave of X-antibody digimon seemingly went out of their way to only include Gatomon and Angewomon's non-humanoid evolutions. Somebody had taste! Holydramon X is, unfortunately, another of those that differs too little from its original form to really feel meaningful, but I feel like I can't keep judging these on that alone. It's not always their "point." Holydramon is one of the most rad angelic digimon, by far the coolest choice for this line's original Ultimate, and the X-form retains a lot of its best characteristics.

If you're feeling like these X-forms are kind of a slog and a let-down so far, don't worry; once we've wrapped up a look at the most "famous" ones, we'll be getting into some much stranger, more surprising deviations.