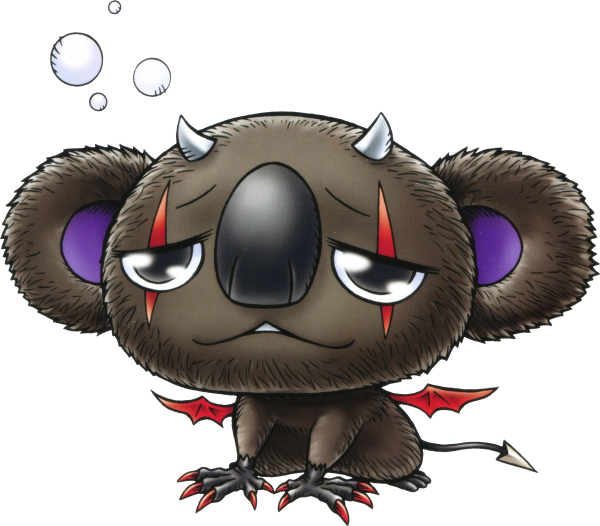 Today's digimon is our next to last demon digimon for a while, and forms a pretty dynamic evolution line that was probably intended to make a more popular splash than it ultimately did, having appeared in surprisingly few games or cards in the years since. That really does suck, because just look at it. It's a sleepy, dopey koala bear that's also a devil. Its main theme is being an "endangered" Digimon and sympathetic at first glance, but drop your guard around it and it will "leap from the treetops" to attack, so it's also a freaking drop bear Digimon! A drop bear DEMON Digimon! Could that be a contender for the best-ever child stage in the series? I don't think I even need to answer that. 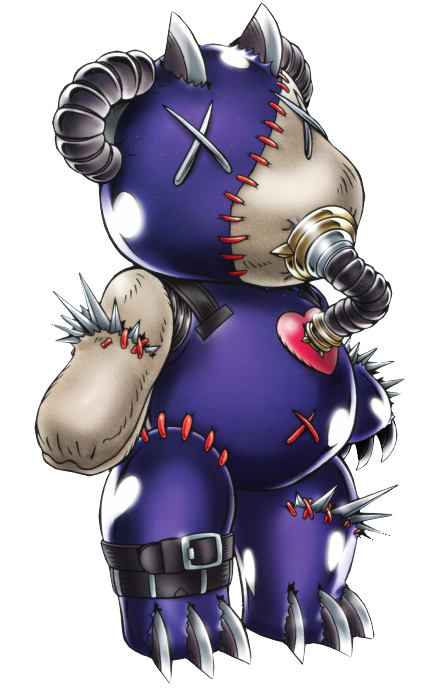 This is, unfortunately, an evolution line that undeniably peaks at its adult stage, because look at THIS one. Oh my god. Look at this horrifying rubber gas mask gimp suit teddy bear stuffed with knives. Is this not one of the most bonkers things you've ever been told was an actual Digimon?! This outrageous form is said to have been the result of the Digimon "fearing its own extinction," and helps it to survive as well as blend in among the more brutal evil monsters of the Dark Area, so it looks like a post-apocalyptic raider because that's exactly the kind of lifestyle it's living, doing its best to appear meaner and nastier than it actually is. Not content with only looking this over the top, its main attack is known as "madness broach," even though it consists only of stabbing things with its knifey spikes.

Back when I reviewed Parasimon, I lamented it was "one of" the very last I could give my gold rating, and I said that specifically with Porcupamon in mind. It's not exactly the kind of thing I would put on my own "team" of Digimon, but it's so stylish and unique, so freaky, so gruesome, there's no way I can't give it the gold. 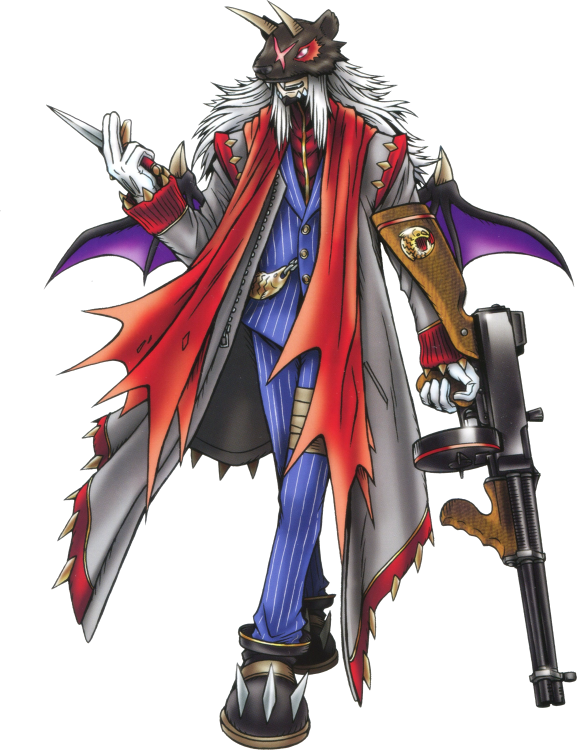 Sadly, nothing else in this line or even anything else in all of digimon really runs with the aesthetic introduced by the sadomasochistic care bear, but I can say I respect the fact that this next Digimon is some sort of demon furry mafia hitman. Astamon is said to be merciless towards enemies, but surprisingly kind towards friends, which follows logically, I think, from what it had to put up with as a Phascomon and Porcupamon. A lifetime of hardship is expected to "toughen you up," but it also tends to make it even easier to empathize with others and form pretty powerful bonds.

Also, his machine gun is named "Gold Salmon" in reference to this line's bear motif. Nobody tell him that his child stage wasn't a real bear. 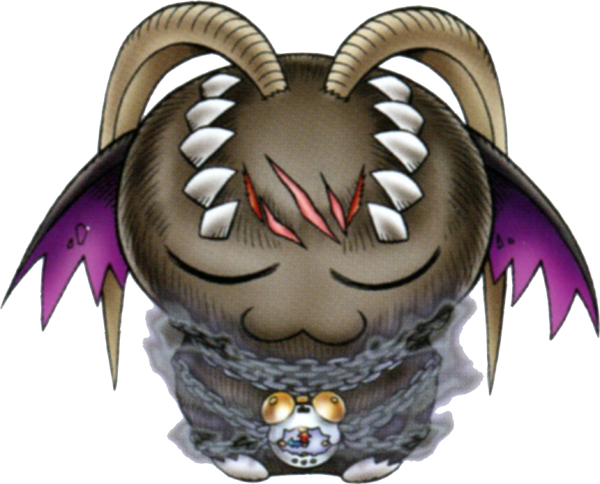 Delightfully, this line ends pretty much where it began with another fat, sleepy teddy-devil, albeit not quite as charming to me as Phascomon was. You can probably tell from the chains and the alarm clock, however, that something big happens when Belphemon wakes up: Belphemon's "rage form" is a sort of typical big devil thing and the least interesting design on this page, but it's still pretty lovable for that goofy, roly-poly form it turns into only once it falls asleep again. It is, of course, supposed to be powerful enough to bring about the end of entire worlds when it awakens, though even its adorable sleep-mode has some devastating nightmare-inducing attacks!

Belphemon, if you hadn't guessed, is the very last of the Seven Digital Demon Lords, and representative of the sin of sloth. Pretty appropriate that it starts out as a koala, then, which spends the majority of its existence asleep, and evolves into an actual ursine - an animal considered famous, however inaccurately, for hibernating through the winter.