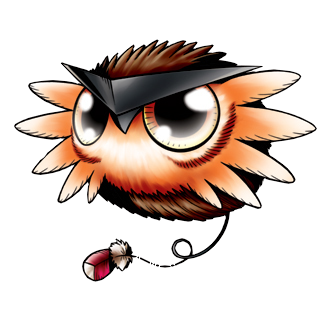 Okay, third time's the charm, because it took me two updates to this page to gather everything that actually belonged on it - including its baby stages! This little tiny owl-head blob is cute as hell, and you can kind of read its "horns" and beak like a crest on an almost humanoid head, which kind of gives it a ninja-like vibe already! 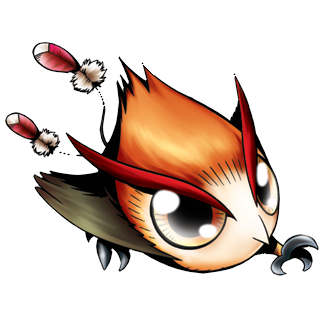 The second baby stage is still a little round owl, but now it's main thing is that it constantly runs around at high speeds, and apparently, the "way" it runs expresses its emotions while its face remains stoic. We don't ever find out what exactly that means, but it's a really cool idea for a very nice looking digimon design. 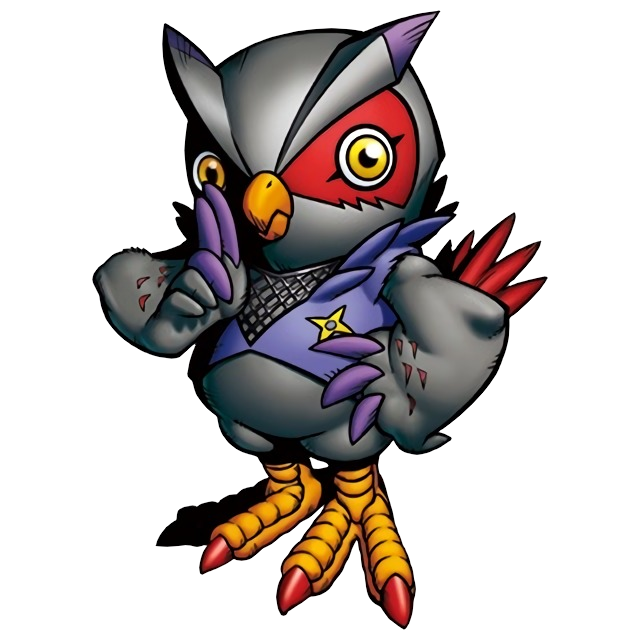 So it turns out, I've been conflating "Falcomon" and "Hawkmon" for fifteen years straight without ever thinking twice, but this "Falcomon" is a newer variation on a Falcomon whose entire existence I somehow completely missed until this very moment. God Digimon are confusing. 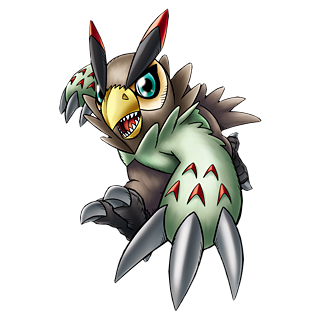 That other Falcomon, still not a falcon, came out in 2005 and looked like an entirely different species of owl, minus any ninja motif or other human qualities, and with nasty little dinosaur teeth in its beak! I really like the cool colors of this fluffy bird, and that it supposedly doesn't fly well, but runs, leaps and glides around in canyon environments.

Both Falcomon are cool, though I kind of wish they were considered distinct species. All anyone apparently remembers now is the ninja version, which is cute, but aren't two owls better than one?? 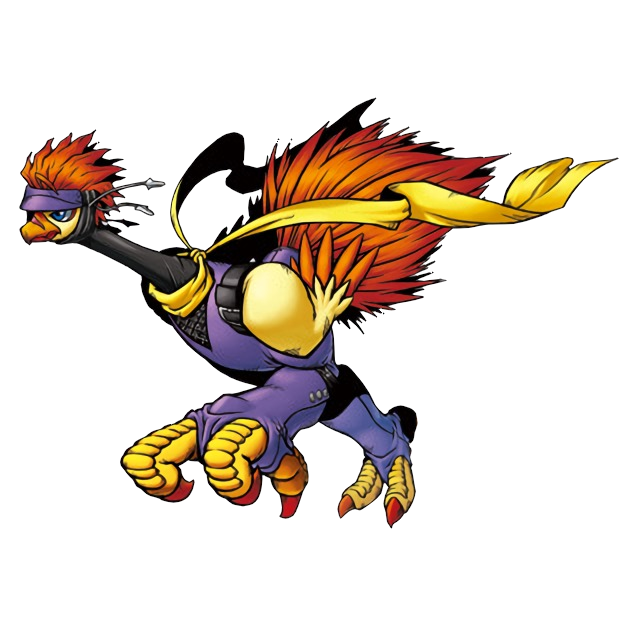 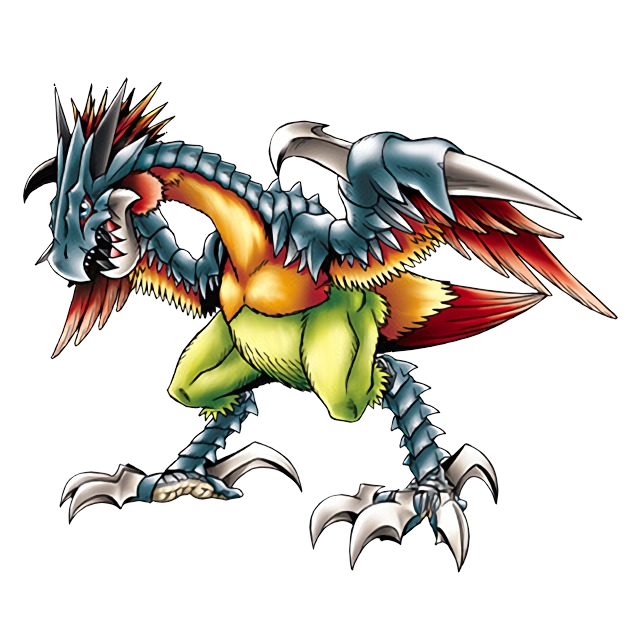 Wikis don't seem to highlight this as an "official" evolution of Falcomon, but they were introduced at the same time and all versions of Falcomon have evolved into Diatrymon across multiple virtual pets, and Diatrymon in turn has been able to evolve further into our next digimon. I think for all intents and purposes the two are directly tied in, but Diatrymon has more in common with the earlier, more naturalistic version of Falcomon. "Terror birds" definitely don't get enough press in fiction, and it's very cool to see one in digimon form, with lovely armor plating that really gives it that unique digimon feel. 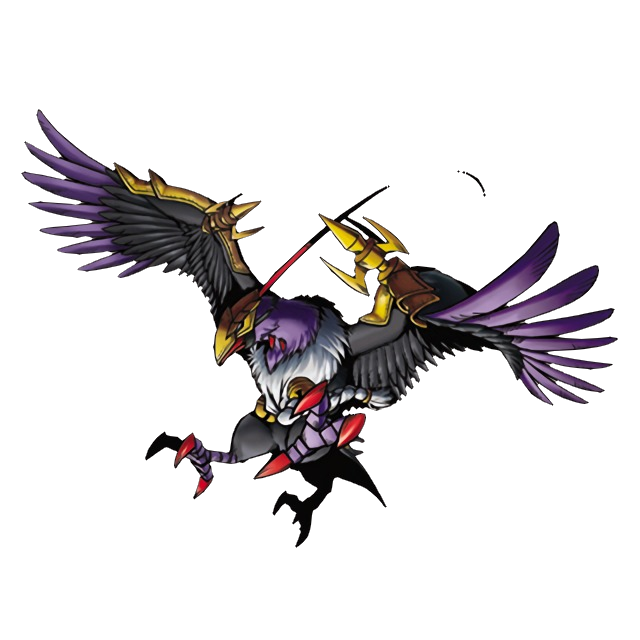 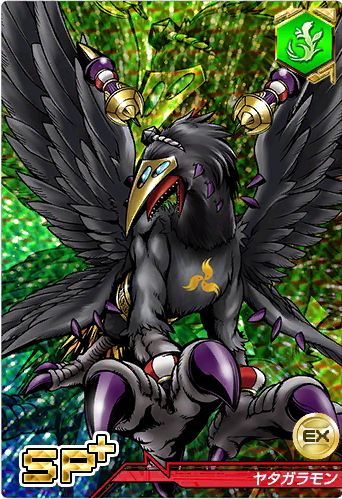 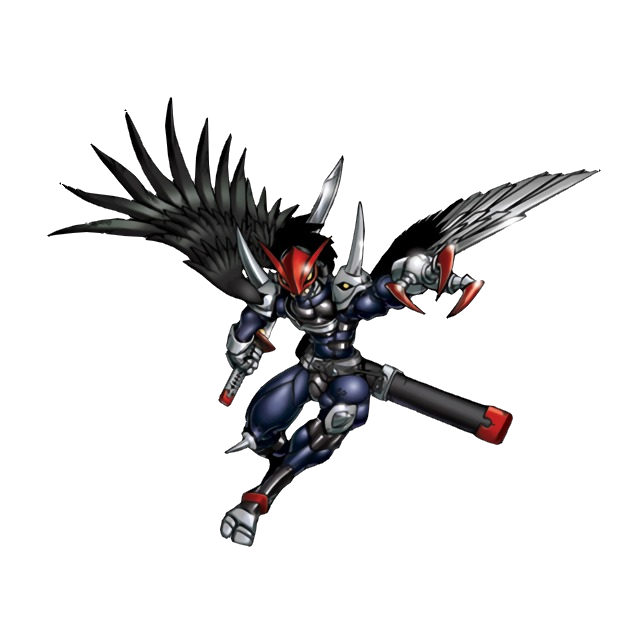 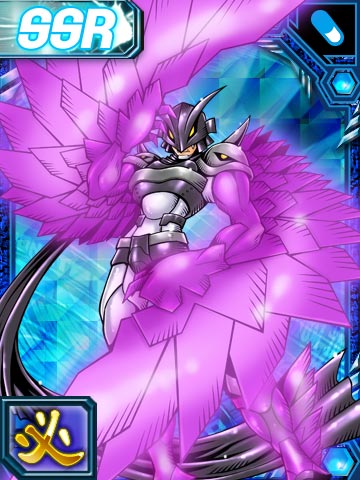 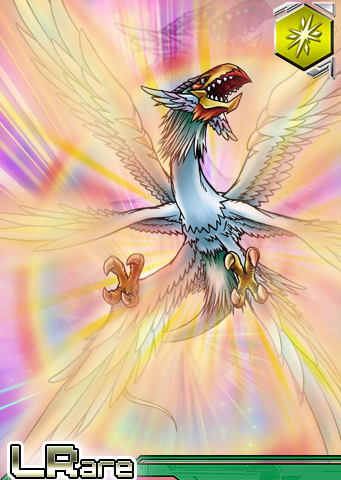 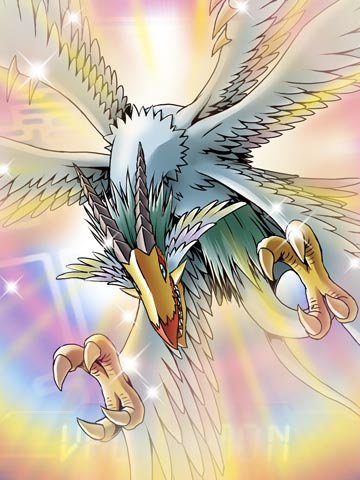 The official bandai image of this digimon is surrounded by a glowing aura that kind of screws up conversion into a transparent image, so I'm afraid you just get card art instead...but at least that shows things off in pretty crisp detail. This is what the anime version of Yatagaramon evolves into, and many might consider it a "more official" Ultimate than Ravmon, which is good. It's still not nearly as cool as Yatagaramon, losing all its demonic, gothic charm, and there isn't a whole lot to its profile except that it's a very big, very powerful, very ancient holy bird - the usual for a huge animal digimon, really. It is, however, one of the better looking bird digimon in the series, with a design that succeeds in looking quite epic and grandiose without any glowing runes or golden baubles or anything you might not actually find on a naturally evolved, prehistoric bird monster, except of course the horns and those extra wings.

I like the subtle serpentine quality of Valdurmon's body, really making it feel like the bird equivalent to a "dragon." Exactly what kind of bird it represents, taxonomically, I'm not really sure, but I kind of get "nightmarishly exaggerated goose" vibes from it. Is that bad? Can a giant, saw-toothed goose not be cool? I'm sure they were thinking it was more like a bird of prey or something, from the claws, but I really want to pretend that this digimon strikes fear into the hearts of its enemies with a booming, thunderous "HONK!"