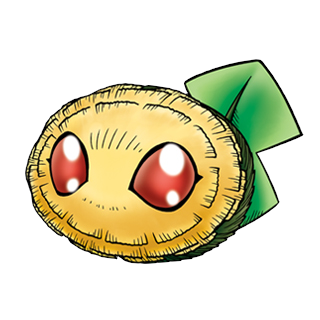 Another plant, so soon? Well, you may know from experience that baby-stage plant digimon often evolve into things that are not plants whatsoever, which is certainly quite interesting, but it can also be kind of disappointing. I love how this resembles some sort of fruit that's been chopped in half, but it's actually just supposed to be a very fuzzy plant pod digimon. Still, adorable. 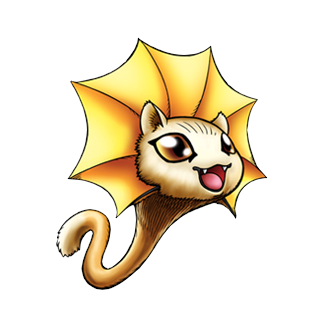 Weird and funny looking, just a cat head with a long tail and a "frill" basically making it look like it got trapped in an old gramophone. There's NO telling what this might evolve into! 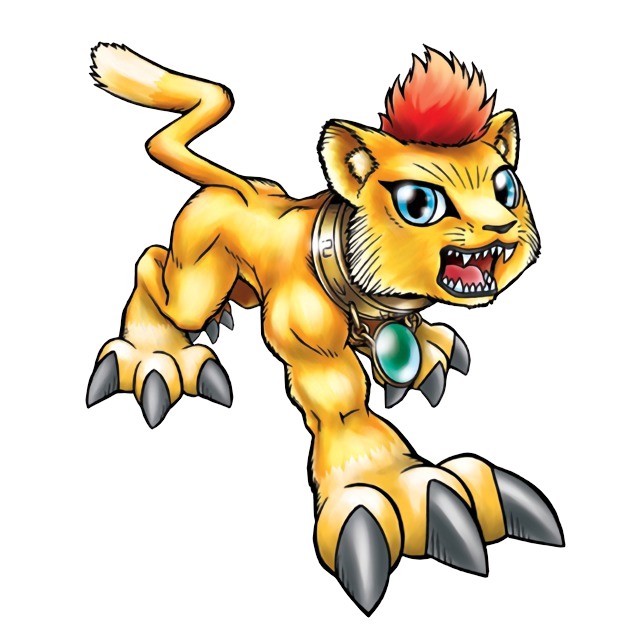 Oh, uh, okay, guess it evolves into Simba. It's not terrible, I guess, but it's also one of the most ordinary and straightforward child-stage digimon I think I've ever seen. They're usually a whole lot more stylistic and odd than this, even when they're just some real-world animal. This is almost nothing but a drawing of a lion cub. Compare that to something like Gomamon, a "baby seal" impossible to mistake for any other baby seal I've ever seen in my life, and Liollmon simply has no excuse to look so normal. 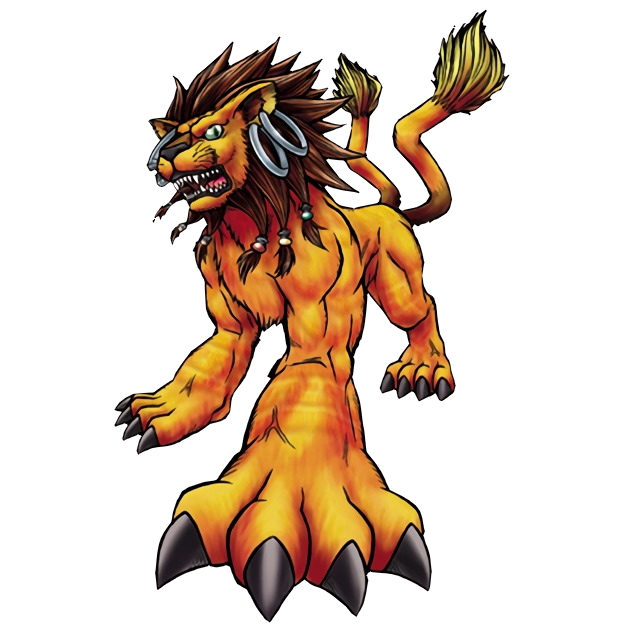 ...And the adult stage is also pretty much just a realistic drawing of a big cat, except it has an extra tail and impractically huge hoop earrings, which might be quite possibly the dumbest idea for a digimon I've ever heard. I don't usually say that about anything, but, I'm sorry. This is such a dang dumb one. Maybe that's why you like it, and that's fine, or maybe you just really really love that there's a normal lion in digimon, that's fine, but it just feels like kind of a wasted opportunity to me. There's a million other things they could have done with it. 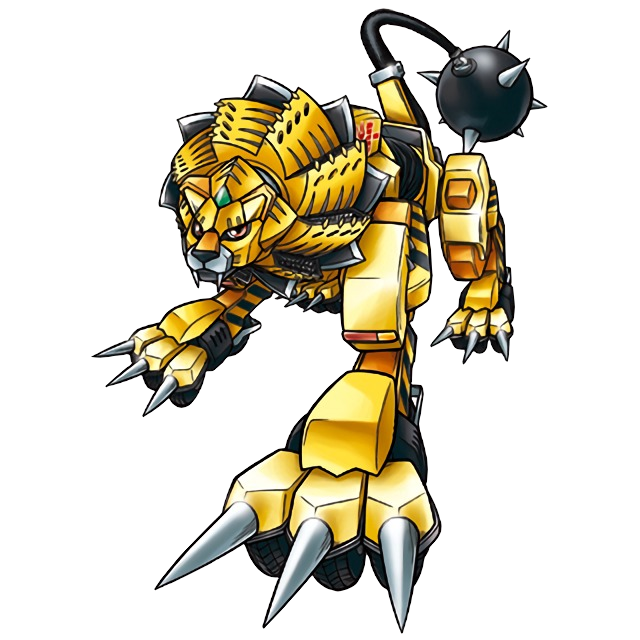 Next, out of the blue, we get a machine type evolution, and it's got a sort of "construction equipment" motif to boot. What on earth was the idea here?

...It's not half bad, though. It's actually pretty cool looking, though I can't help but laugh at its mane being a drill. It's formidable on paper, yes, but picture this poor thing actually tunneling through rock with its face for a second. Does the face spin with the mane? It would kind of have to, wouldn't it? Or it wouldn't really work? 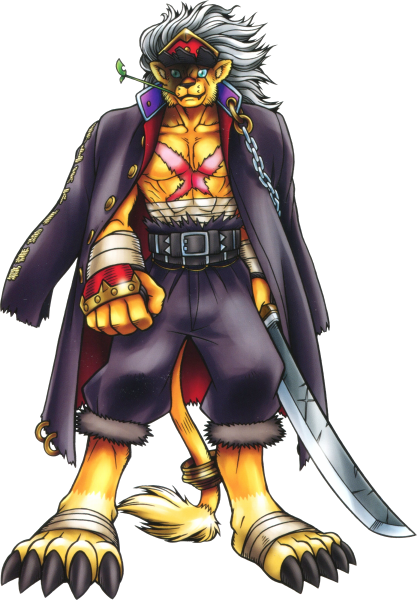 I went back and forth on whether to include this here or give it a page of its own, but this digimon did first appear as an evolution of Loaderleomon in the virtual pets. It's just that, in the anime, a Liollmon and a Bancholeomon appeared as two separate characters, kind of like how Lotusmon yesterday was obviously meant to be the Ultimate stage of Lalamon, but only appeared in the anime as a villain while Lalamon evolved down a slightly different route. There are four other "bancho" digimon, and I considered including them here, but they were all introduced some time later, and I think we'll just be giving each a page of their own.

Anyway, I actually like this pretty well. "Bancho" is a term that originally referred to an Imperial guard position around the sixth century, but eventually became slang for the leaders of delinquent teenage gangs. Bancholeomon is, of course, the kind of delinquent with a fearless heart of gold, who stands up for what he feels is righteous even if it puts him at odds with stuffy holy digimon who only do things by the book.

What's also interesting is that there IS a cohesive theme to this progression besides "lions." I don't know if it was the intent, exactly, but we begin with a natural animal, we replace it with a demolition machine and we end on a street punk. You see it, right? A theme of industrialization and urbanization? As the wilderness is bulldozed and paved over, the wild beast adapts the form of construction equipment itself, and once the modern metropolis has been completed, the beast has become a walking, talking anthropomorph that even wears clothes...but it's clear the transition was kind of rough on the poor guy, he still doesn't fit in perfectly, and he's still as "wild" as the city life can permit.

Maybe I'm reading too deep again, but, it makes me really like this whole line as a whole...even if the child and adult stages are incredibly lazy taken on their own.