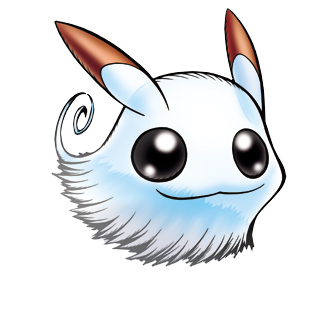 Until I began reviewing digimon, I never realized what a fan I was of their baby stages. Baby digimon are often the most lovable and delightful little oddities of the series, and Pafumon is no exception - a fuzzy critter SO fuzzy that it's almost insubstantial, and floats around like a dandelion seed. That seems to be a pretty common aspect of Baby I stages, doesn't it? It's like they don't have enough data to manifest a more solid form. 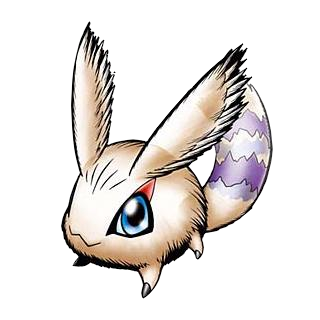 Unfortunately, the second baby stage in this line is a kind of forgettable one. Not bad, but it's certainly no floating fuzzblob. 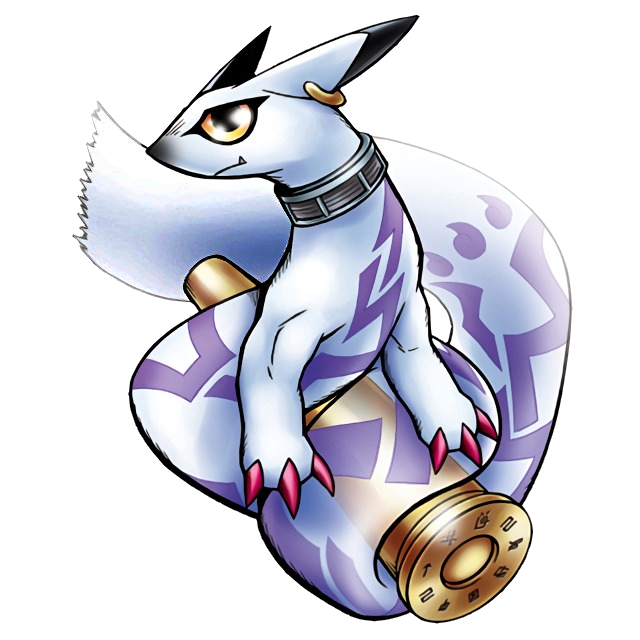 The original version of this holy digimon is a sort of slinky mustelid wrapped around a "sacred canister," and the whole thing is kind of evocative of a scroll, which is neat. It can even roll itself up and retreat into that thing if it needs to! It's like a scroll ferret snail! 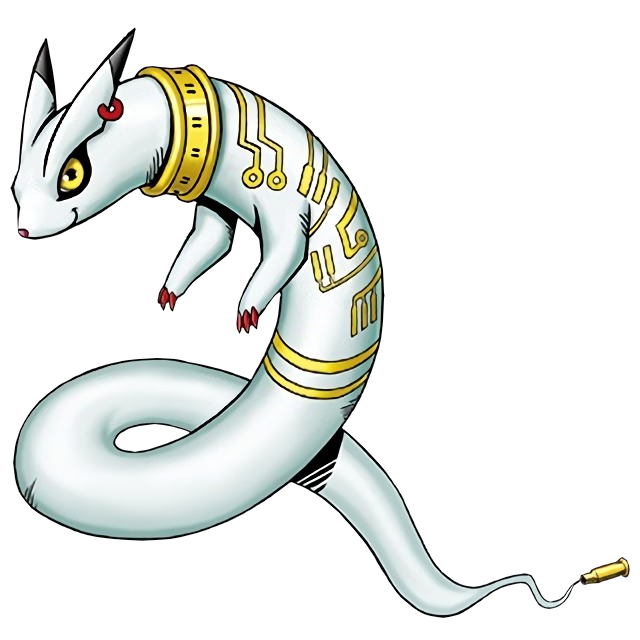 For whatever reason, the anime version - much like Falcomon - decided to have its own separate design, and it drops the canister thing almost entirely. Can't say I'm a fan of that, but, the more snake-like body and more vestigial looking arms are kind of interesting. For a mammalian digimon, it's reasonably unique and cool either way. 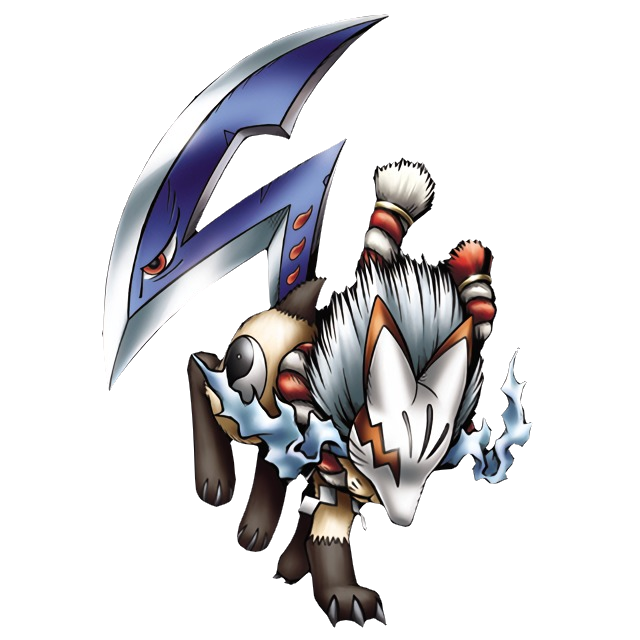 This design is kind of a busy mess, but it seems to be a cat-like animal with an eyeless fox mask, which is an interesting combination, and while the tail has a very awkward, ungainly shape that clashes harshly with the aesthetic of its body, you will notice the tail sporting its own adorably spooky little yokai-eyes. That's because its tail has its own independent sentience, and the two are even said to get into disagreements. If I were to rate them separately, I'd honestly be giving the tail itself a 5/5 as a design and concept, but I'd still give the weird, masked cat a solid 3/5 or 4/5 because it's cool to see an animal digimon with that blind, masked look mostly popularized by older humanoid digimon. 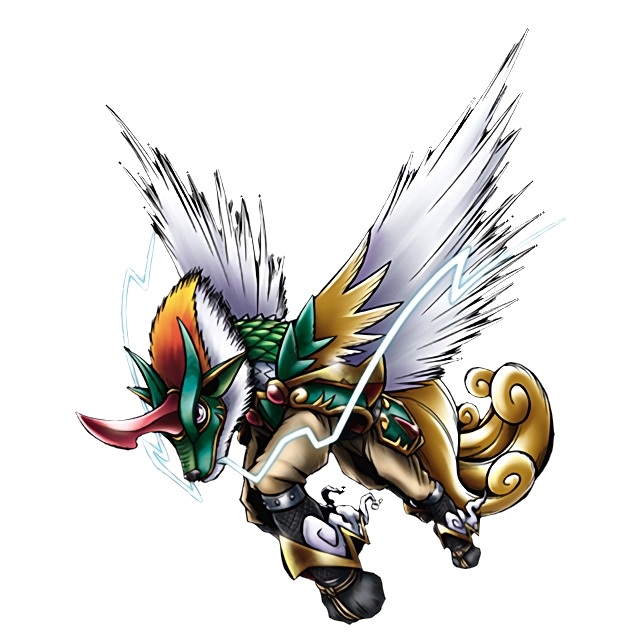 From something pretty darn unique, to something lifted straight from folklore with little in the way of original flair. This holy beast digimon sure is a kirin, alright. 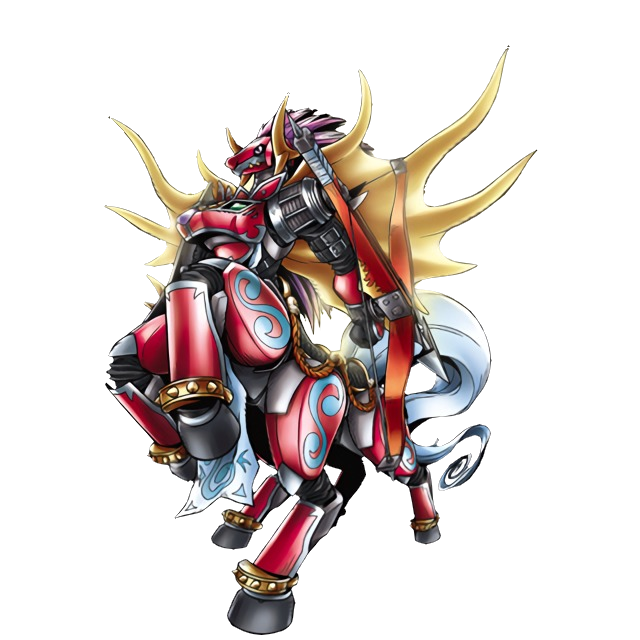 One of the esteemed "royal knight" digimon, Sleipmon is a six-legged centauur completely encased in armor, and it's another of those "cool, but really not for me" digimon. It gets a higher rating than Tyilinmon because it does add some of its own original characteristics, but the last time we had a centaur digimon that I can recall, it was a completely original character combining a mythical being with a bizarre cyberpunk cyclops mutant. Comparing the design styles, it's almost hard to believe this series ever got that wildly distinct with its creatures at all.

Sleipmon is at least interesting for the "wings" which look more like elk horns, and the fact that it reference the eight-legged horse, Sleipner, reinterpreting the frontmost pair of legs as the arms of a humanoid torso. Still, it doesn't feel like any of the digimon on this page were really intended all along to evolve from one another. There isn't much of a theme here besides "mystical beast things," which already describes hundreds of other digimon who fit together a little more coherently. All anybody really seems to remember is the child stage, and nothing Kudamon evolves into seems to retain anything that makes it popular.