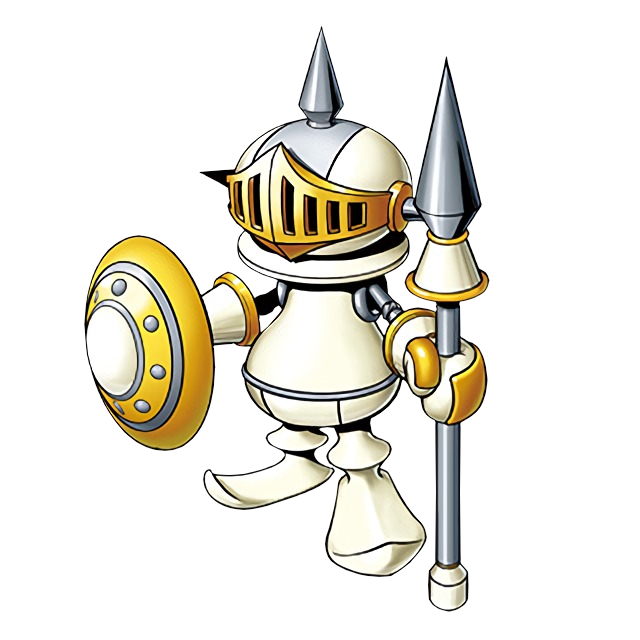 Unexpected! A major child digimon of this generation is an adorable little hobbit-sized knight themed around a pawn in either white or black, and since it was born from a game piece, it's categorized as a "puppet" digimon; basically a living toy! There's a lot of charm to the idea of chess pieces as digimon evolutions, and it only makes sense to begin with the pawn. This digimon's bio says that it has a catchphrase, too: "I ONLY ADVANCE!"

You sure do, little buddy! 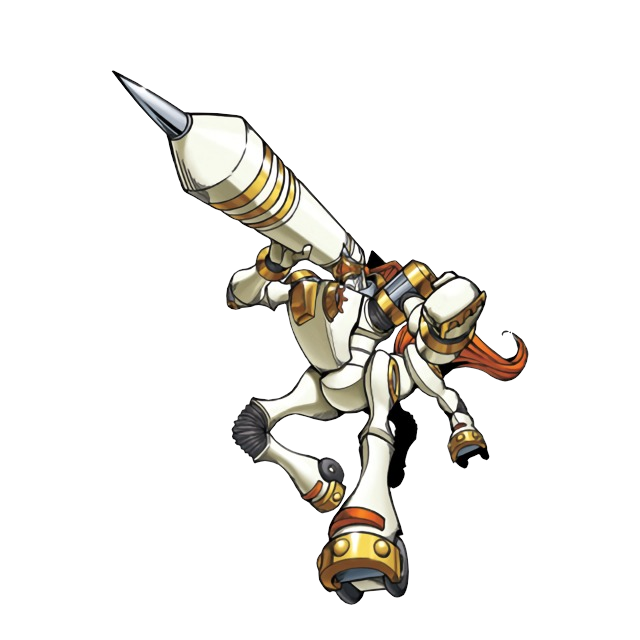 The knight is of course considered one rank up from the pawn even in actual chess, so of course it qualifies as the adult stage evolution. I kind of which they'd made it more of a horse monster than yet another centaur, but it's cool enough looking, serves its purpose, and its weapon is a gigantic dart, as in from the game of darts. I really like the idea of a chess monster using another game as a weapon. It, too, has a catchphrase, merely shouting "JOUST!" 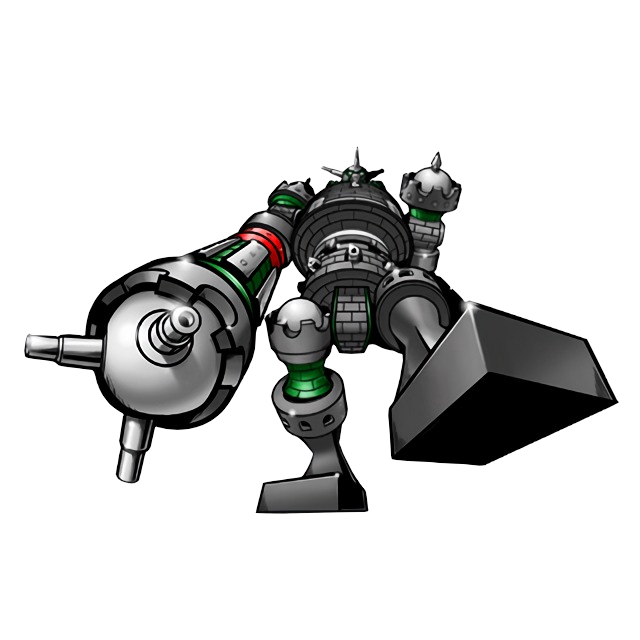 About what you expect from the Rook form; a big blocky castle-golem monster with high defenses. Like an actual rook, however, its main ability is to charge straight forward to trample its opponent, and it apparently does so at shockingly high speed. Its catchphrase is "the enemy is nothing after me!" 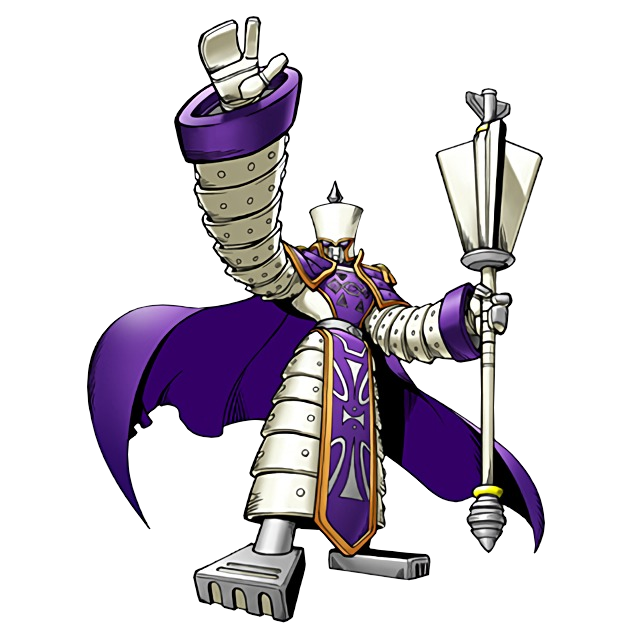 This one's phrase is "Oh lord! Give me strength!" And its main attack is to fire a beam of holy light from its staff. Shouldn't there be some reference in there to it moving or firing diagonally? Oh well. I do like its highly segmented sleeves. 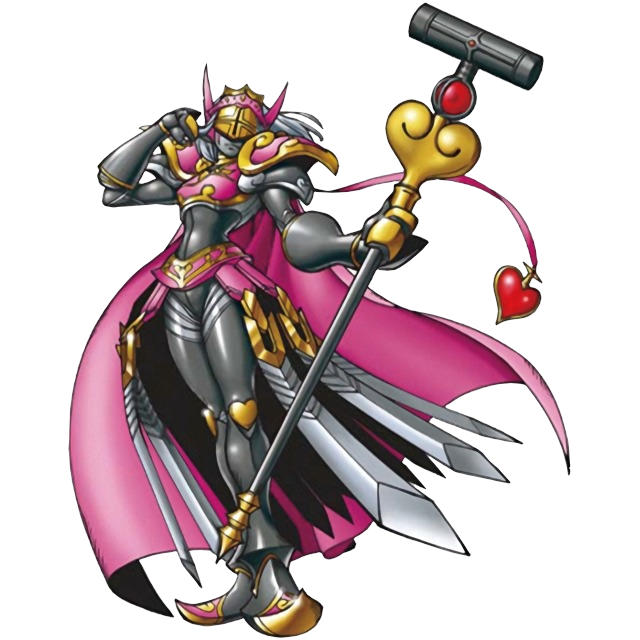 It's rather predictable at this point that they would have used the chess queen as another excuse to draw something "sexy," but she's got nothing on the queenly corpse flower we reviewed just a couple pages back, in either that regard or as a cool monster design. She's still not bad, she has a fun Tokusatsu look to her outfit, the sword dress is something I haven't really seen before and it's only fitting that the queen would be a more formidable, all-out offensive digimon. Her catchphrase is "God of chess, bestow pardon!" whatever that means. 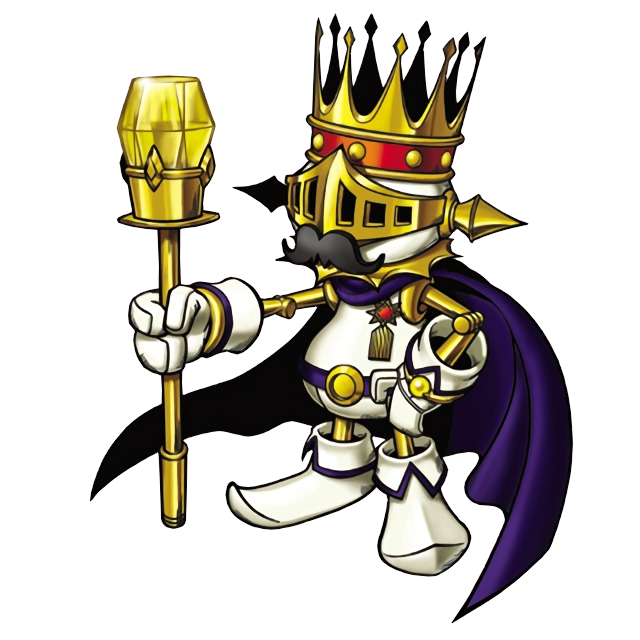 Sadly, the Chessmon line dives headlong into that tired trope in which the female version of something is more human and more fanservice-friendly, while the male counterpart is a stranger or more comical thing. At least it makes some sense in the context of chess, as the queen is the deadliest piece in the game while the king, despite his importance, is the most useless. King Chessmon is therefore just a glorified pawn and an enormous coward, whose catchphrase is "he that fights and runs away may live to fight another day!"

His official bio also says, quote " It is a king Digimon maneuvering behind the scenes in order to build the great Chessmon empire. However, nobody knows what kind of thing a Chessmon empire is, and because of the environs, they aren't even interested." I'm not sure exactly what they mean about the "environs," but that's pretty harsh! We just saw all these badass chess monsters and we know they all put their lives on the line for this guy, but apparently they just have no idea what they're doing or entirely why.

I do also appreciate that this line gives you the option of an Ultimate who looks almost exactly like the child stage, if you happened to really fall in love with that little Pawn fella.