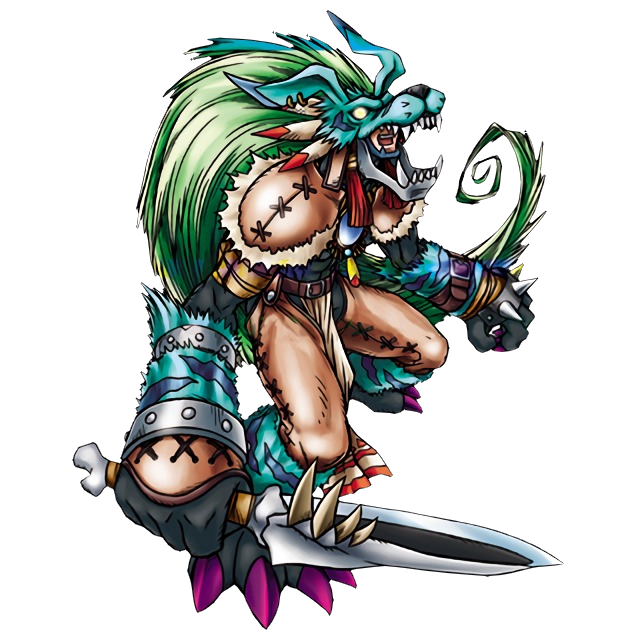 Sorry for the unnanounced hiatus; I got pretty caught up in some other projects, and we've reached that twilight period where I know there won't be a lot of digimon left for me to get REALLY excited about, even if a lot of digimon yet to review are pretty cool ones. For instance, I actually think Mercurymon is pretty radical. He's not to be confused with the completely different MercurEmon, which is why his name was dubbed as Merukimon, but is instead named after the Roman god Mercury, and represents one of the Olympos XII digimon, a couple of which we've already seen before.

You probably think I find Mercurymon boring as one of those "human in a costume" digimon, but this is one case where the costume looks too cool to deny. Despite the Roman god connection, Mercurymon's motifs seem to be heavily Aztect-inspired, including the fact that his signature dagger is named "Aztec," and the mirror he wears around his neck is similar to that worn by several Mesoamerican figures, which was considered a portal into an alternate world.

Mercurymon's animal mask is also similar to tlahuitzli war-suits, often fashioned to resemble an animal head with the wearer's face protruding from the mouth. Aztec "jaguar warriors" are the most famous example of this, but tlahuitzli could also resemble birds, crocodiles, unknown monsters and even coyotes.

It's an odd choice of visual motifs for "Mercury," and there doesn't seem to be any real reasoning behind it except that it would look cool, and it does. It's the animal head that does it; those big, blank, yellow eyes just look great against that cool green fur, and the long, wild hair really ties it all together, not to mention the lower jaw of bare bone. Like other mask-wearing digimon, he doesn't even seem to have real "human" eyes underneath that thing; the "mask's" eyes are his eyes. 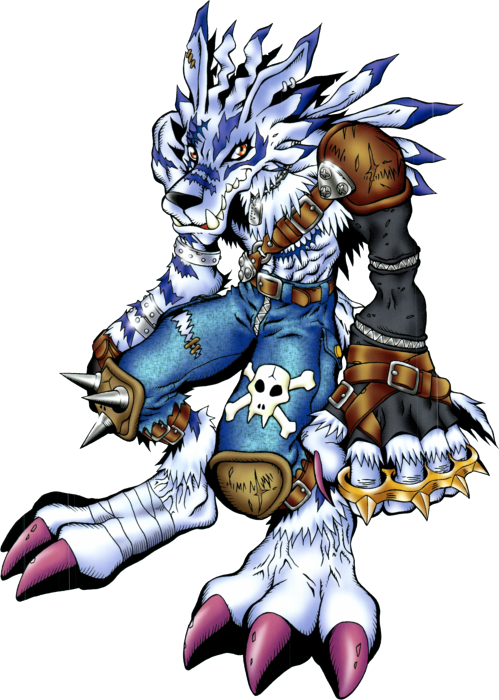 What I like best about this one, however, is that he primarily evolves from Weregarurumon, which finally gives the Gabumon line the most thematic Ultimate stage it could ever hope for. Not only does it follow fairly well from a wolfman, but it brings Gabumon full circle from a little monster dressed as a predatory mammal to a god-man dressed as a predatory mammal, which you can probably still fairly interpret as a "wolf." I personally think it's SO much cooler and more interesting than just evolving into a robot.