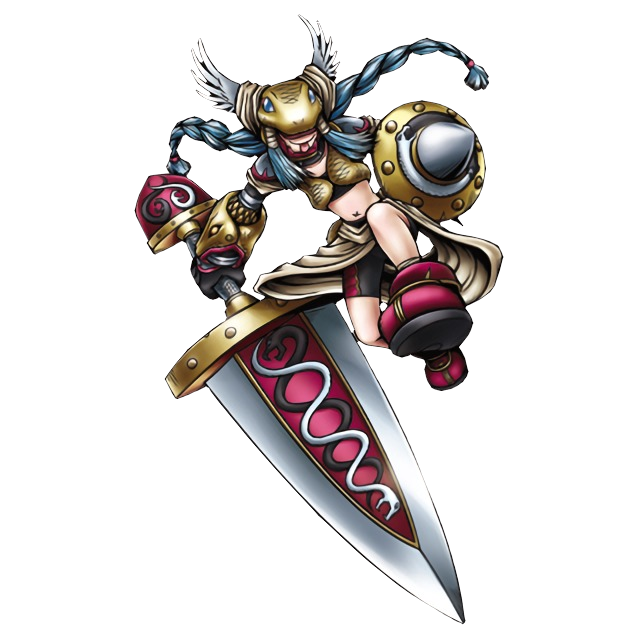 Like yesterday's Mercurymon, Minervamon is one of the Olympos XII digimon, this one named after the Roman goddess of wisdom. Despite these roots, she's basically a brash and childish barbarian warrior who swings a giant sword around. The design is kind of forgettable apart from the cool snake motif. 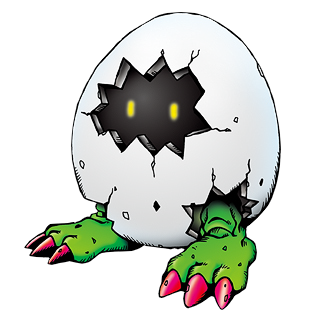 In fact, the only really interesting thing about Minervamon is that her most prominent pre-evolved form is Digitamamon, and that her role was quickly taken over anyway by her "more mature" form. 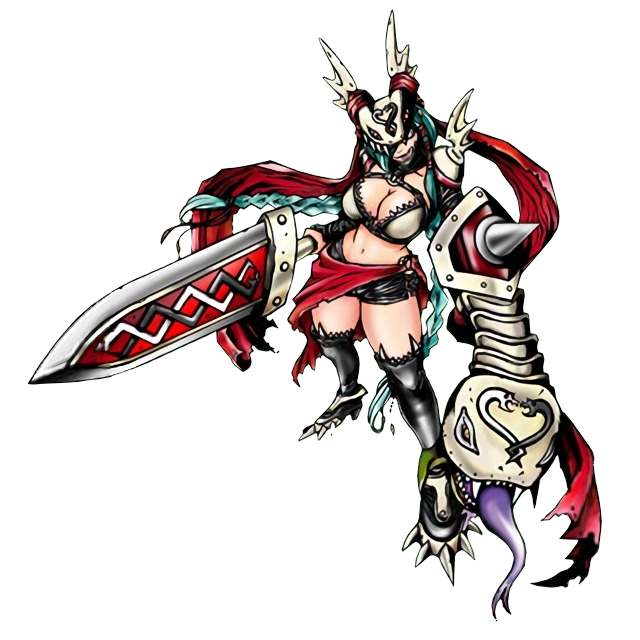 Mervamon is apparently a Minervamon that has grown up, an idea that kind of blurs the line between just a variant form and a whole new digimon species but proved much more popular with the fandom than her younger self ever was, for reasons that are probably pretty obvious. 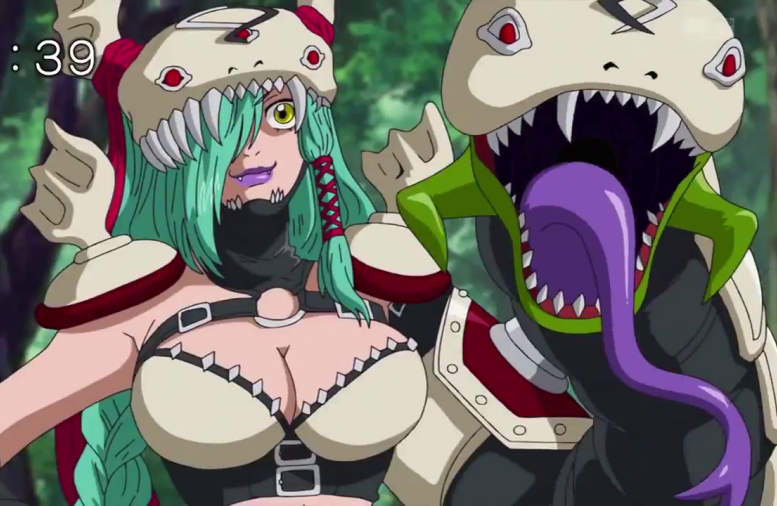 Yeah, I may have jumped the gun when I said Lilithmon was the most boob-having digimon of all time. They seem to have pushed about as much skin and as much bust as a digimon can get away with this time, and her official profile has this to say about it:

"Becoming Mervamon has caused it to pursue elegance and sensuality, and as its behavior, speech, and conduct are all overflowing with elegance, projecting a sensual atmosphere in its surroundings. It seeks sensuality even in battle, where it displays its refined, elegant dance moves to mesmerize observers"

Did they say "elegance" and "sensuality" enough times in two sentences? Did this translator ever hear of a thesaurus? It's funny, though, that this makes her sound like some sort of graceful seductress when she's actually decked out in giant snake bones and has only ever been characterized as a brutal fighter. Either something was lost between concept and realization or Mervamon's actual idea of "elegance and sensuality" just happens to involve a lot of giant reptile skeletons and dismemberment, which is, intentional or not, innately lovable.

Like Ladydevimon, Rosemon and Lilithmon, this is just one of those fanservicey digimon that still rock a style radical enough to actually overshadow the cheesecake. That helmet is cool as hell, and of all the digimon to have a weird arm, Mervamon's giant bony snake monster arm might very well be the raddest. Its name is Medullia, and I kind of wish it was a digimon all its own - or at least that Mervamon could transform into a full-blown snake monster at will, or something. Still, she earns another five, like yesterday's Mercurymon, for being overall about as cool as a human-in-a-suit digimon can ever get. 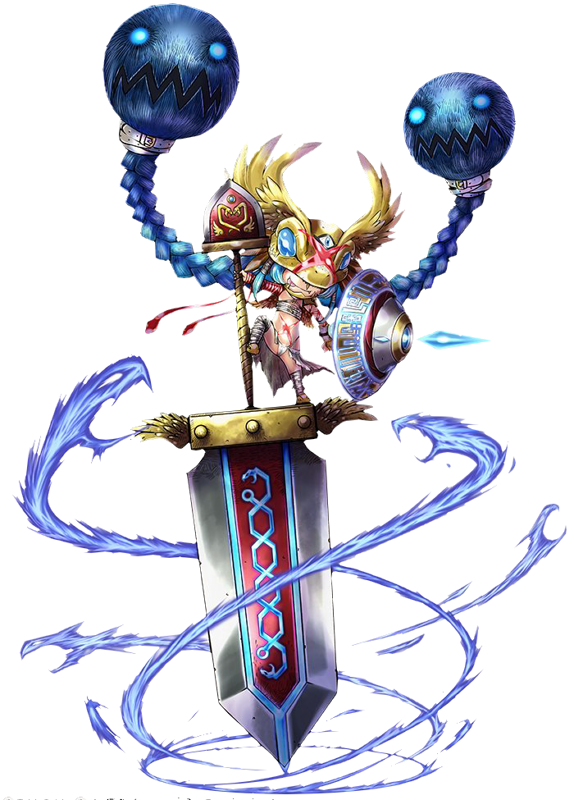 Lastly, we have the relatively brand new Minervamon X, added as recently as 2018, and it sure is...something? Unlike Mervamon, this Minervamon has regressed to be even more child-like, which feels a bit off-putting to me, but I guess they were going for a sort of Midna-like design.

What's actually interesting here are the gothic chain-chomps in her hair, which as a matter of fact have personalities of their own! They're named Ulula and Serpens, and though they're apparently "wise sages" who guide Minervamon in battle, she just considers them her playmates. Without this aspect I'd have rated this design barely a two or three, but for Ulula and Serpens, I think I have to give it a four overall.