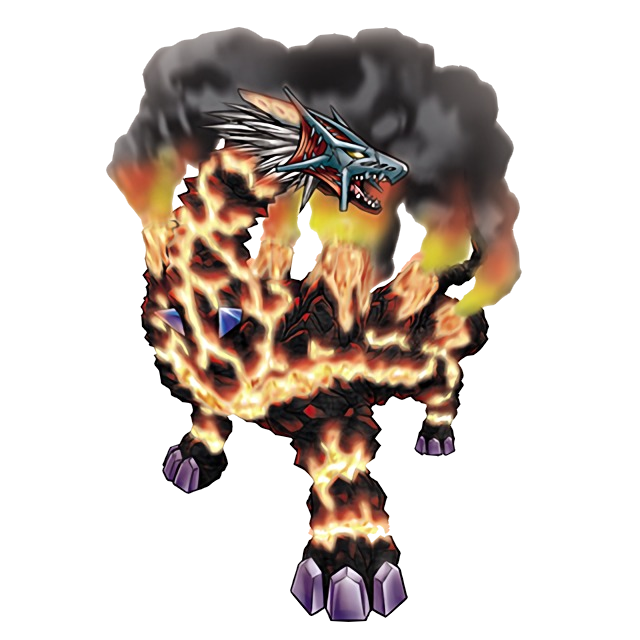 Feels like a while since we've seen a quadrupedal monster, doesn't it? This theropod-like dramon is a Perfect stage with no signature Adult or Ultimate to call its own, which is odd, because it sure looks a lot to me like an Ultimate sort of digimon. The only things it's even been shown evolving into are war greymon, spinomon, and for some reason metal etemon.

Volcdramon's design is quite nice, with the volcano-like outgrowths down its back, the flames all over its rocky surface and the fleshy webbing stretched between its metallic horns. It's said to have a surprisingly gentle personality and dislike conflict, until something actually offends it, at which point it enters an uncontrollable and merciless rage. A neat digimon, but nothing really outstanding. I feel like at this point in the series they really should have fully focused on designing "complete" evolutionary lines or creating new stages that fit in well with older lines.