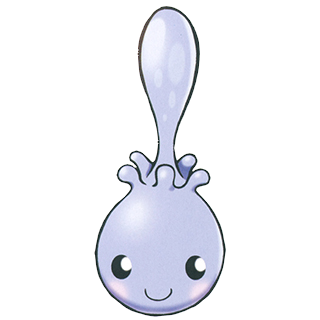 Today's digimon line is another created for a DS game, specifically Digimon World: Dawn and Dusk. If you got the "Dusk" version, you started off with this digimon line as a child stage, but could de-evolve back to Baby II as necessary. 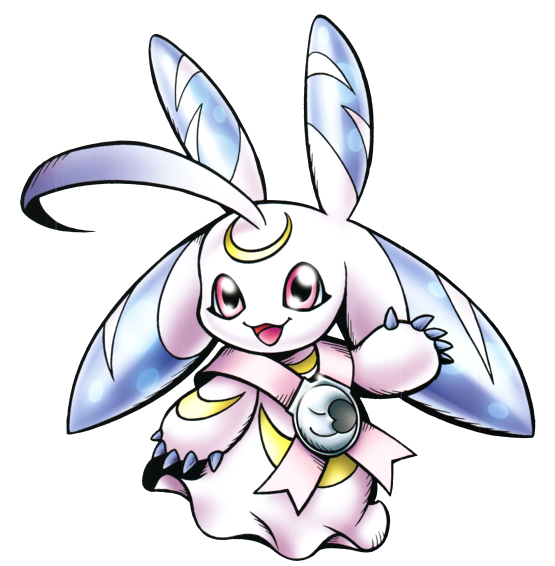 The child level is...marketable, I guess. It has the trademark face they give a lot of "cute" digimon, flashy markings, big floppy ears, a body like a little dress, it's kind of designed by formula to grab attention and sell the game, but it's not bad, and it's interesting that the "dark" option is such an angelic looking bunny thing.

You nerds probably know already that Japan interprets the shape of a rabbit in the craters of the moon, so that's what this digimon basically represents. The moon is also heavily associated with water and of course controls the tides, so it also wields water elemental attacks alongside "darkness." 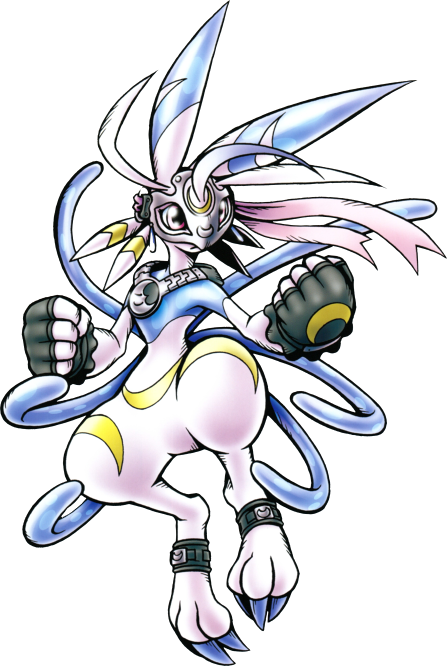 I didn't like this one much until I saw this official artwork, and the dynamic pose really sells it better. It's much more rabbity, but it still has a cool shadiness to it, especially with the ballroom looking mask. I feel like it's still a bit cluttered, maybe due to the tentacles on its back, but the fact that a moon rabbit has tentacles is pretty fun. They're made out of water, presumably, and can generate frozen arrows to fire at opponents. 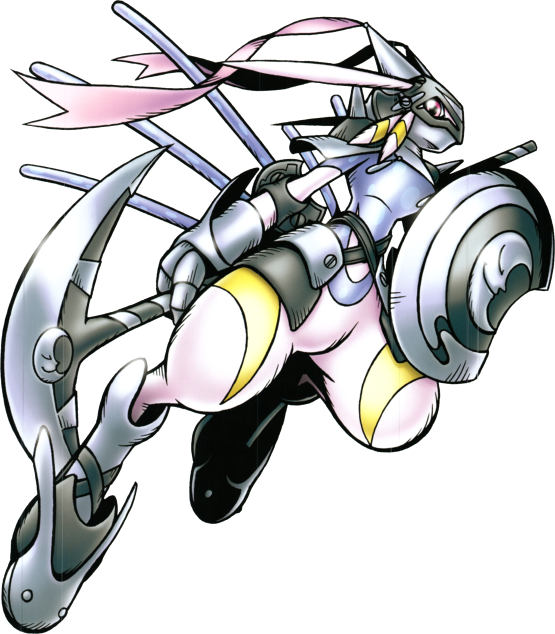 I want to like this one more than I do, but I liked the previous two designs a lot more. It's not a big enough difference for the rating to go down, but it's on the lower end of 3/5 for me. I like the pink princess ribbons hanging off the helmet of such a brute, though, armed with a pretty wicked looking crescent moon axe. Or do we call that a scythe? What is that called? 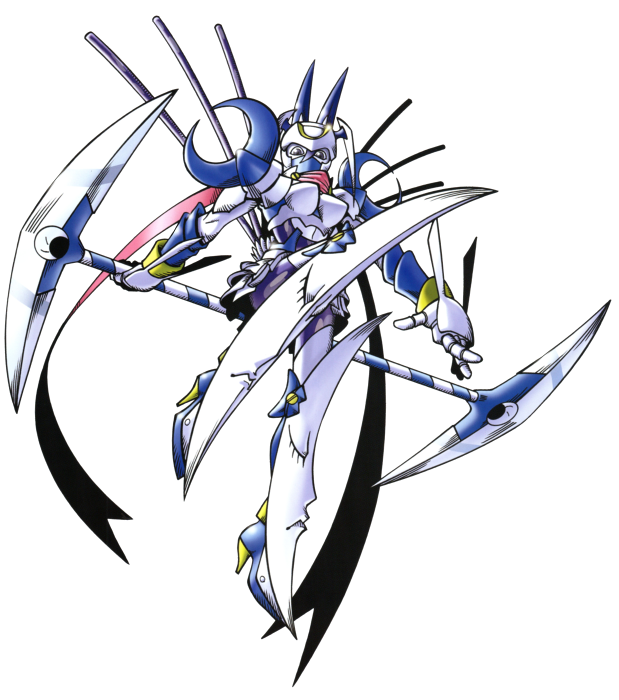 So the final evolution of these moon rabbits isn't even a rabbit anymore, but a sort of gundam-looking magical girl that feels like a direct homage to Sailor Moon. The torpedo brasierre is a bit much, but overall this is a fairly novel way to conclude this line. Even if Sailor Moon never existed, I think I'd still understand these moon rabbits turning into a shojo anime heroine better than I can accept a lot of other digimon humans, though as humanoids began to take over more and more of this franchise, I feel like they did start rationalizing and designing some of them a bit better. I've definitely had increasingly positive things to say about recent examples, I think.

What makes this design actually cool, though, are those sleepy crescent moon boots, or leg armor, or whatever they are. Those are the coolest lower legs I think I've almost ever seen in a human digimon design. They're so cool, I feel like they actually push this one to a 4/5.

This is also one of the Olympos XII digimon, and most importantly of all, this entire line is the digimon of Dusk's "Darkmoon" team. The cool team, for cool people, who aren't dorks.