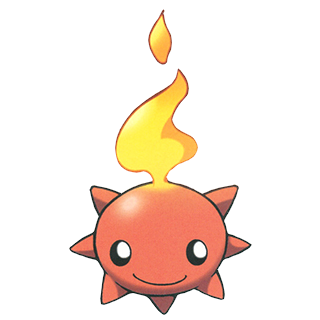 The solar counterpart to the moon rabbit begins as a little sun-shaped, floating slime with a flame-like head. Not much is said about it, but it's cute at least. 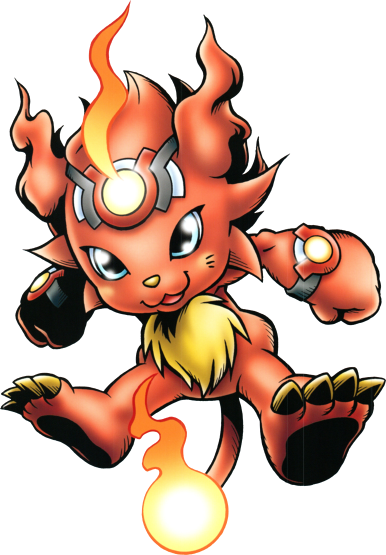 Unfortunately, the child stage is a perfect storm of things I'm tragically indifferent towards; a fire themed digimon, a lion themed monster, a design whose only twist is some nondescript metallic ornamentation, and an animal themed digimon that emphasizes more of a human child shape. None of these are bad on their own, but putting them together makes for a digimon I just don't care much about, personally. 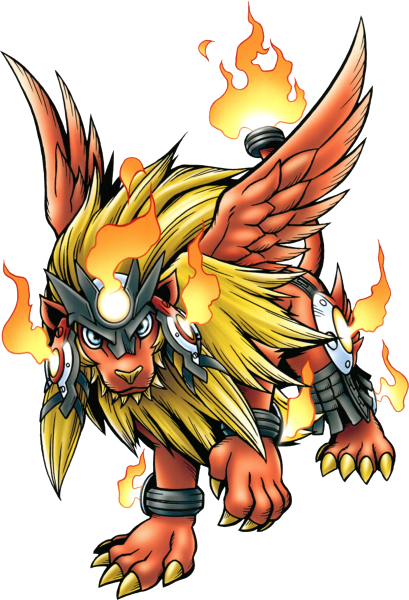 The same is unfortunately also true of this digimon's evolutions. At least Firamon is animal shaped, but regal fiery lion beasts just aren't my thing when they're this straightforward. You seen one realistic Disney lion with things put on it, you've seen them all. 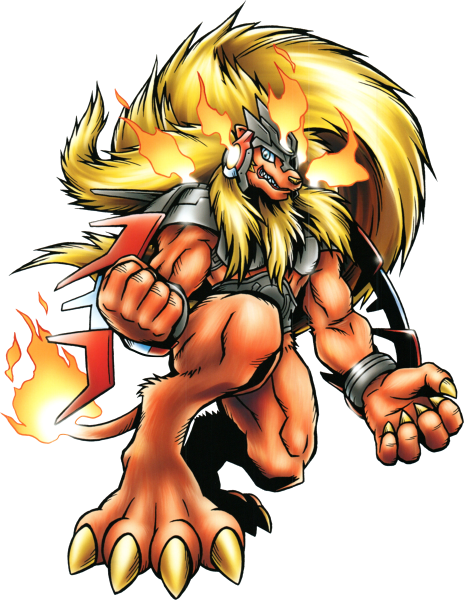 Surprisingly, I do like this one a little more, and just enough to give it a three. I guess it has more of a "monster" feel, with a face that's not trying too hard to be that Disney lion, though I can still take or leave the mechanical parts. 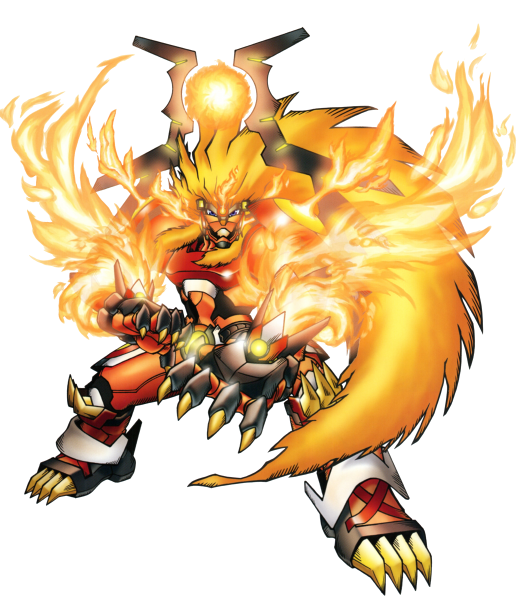 Oof. They could have salvaged this line, but what am I even looking at now? This mess of a pose was what they went with for the official artwork??? At least there's some alternatives to look at: Still, this is another of those designs I just have to be totally impartial towards. There might have been ways to make this as snazzy as its lunar counterpart, but I still can't get into big tough fire monster guys, no matter how hard I try. Throw in the robot looking body and anthro mammal head and it's just all the harder for me to get excited about, which basically tells you exactly why I probably wasn't ever qualified to keep reviewing later series digimon. 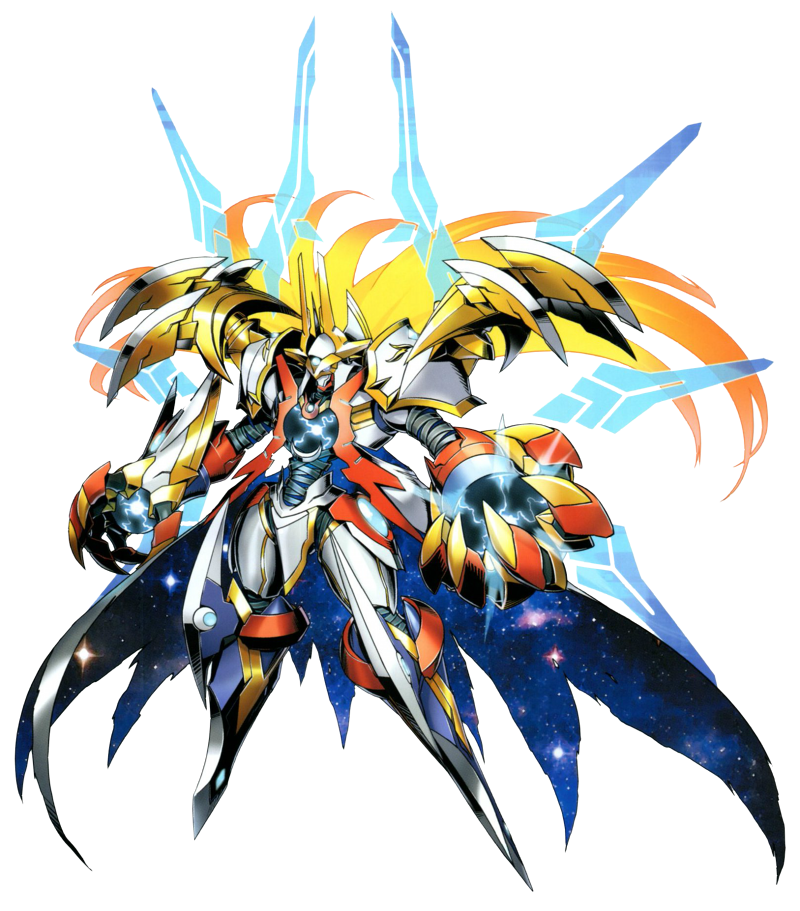 More recently, a fusion was introduced between Dianamon and Apollomon, and it's convoluted as hell, yeah, but I appreciate that I can actually still kind of see both "lion" and "rabbit" in there, in a kind of abstracted way. It's also just plain cool to have a male and female "god" merge into one superbeing, which is a pretty common thread in a lot of mythologies.

This union is even said to have created an entire digital galaxy contained within Grace Novamon, but the sheer volume of its data is impossible to analyze.