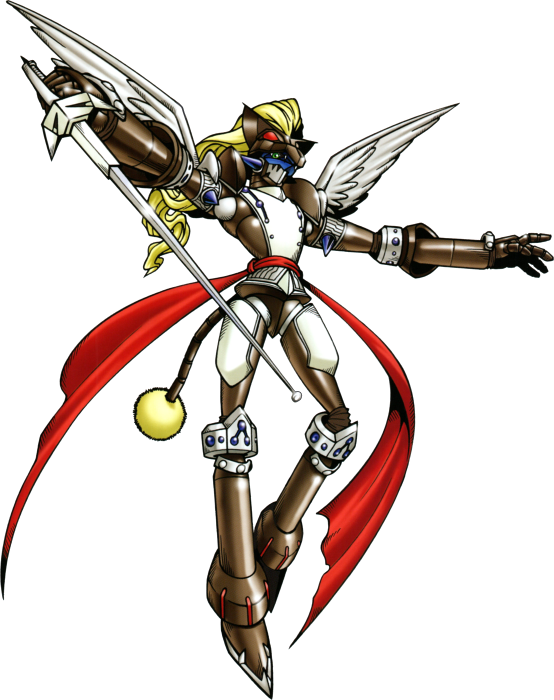 One of the last of the Royal Knights left to review, Duftmon is the "master strategist" of the knights, and was referred to as Leopardmon in the dub. He's an unusual digimon design in that he looks like an anthropomorphic animal at a distance, but up close, you can see that his head is a knight's helmet with the mouth as its visor. This is a common design choice anywhere else, but in Digimon, an animal-shaped helmet is more commonly the actual head shape.

While not my kind of design, I do appreciate how silly this guy looks, especially with the fabulous blonde hair and the RIDICULOUS pom-pom tail. That's just hilarious. You take one look at him and you can already hear the pompous voice he ought to have. He gets an extra point just for that. 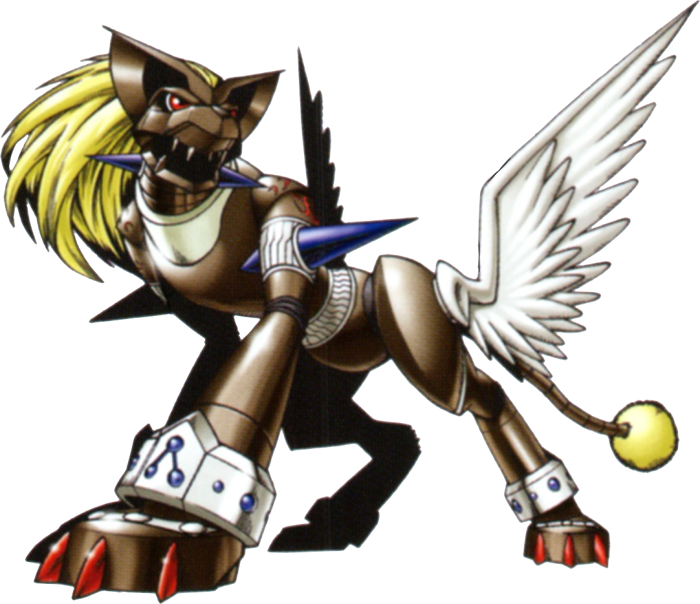 In case you DO prefer a real animal helmet head, however, Duftmon can transform as he pleases into "Leopard Mode," which of course runs a lot faster, but the poof on its tail can also repeatedly generate spherical "energy mines" it leaves behind as it circles its enemies. All around a fun concept for one of the Royal Knights.