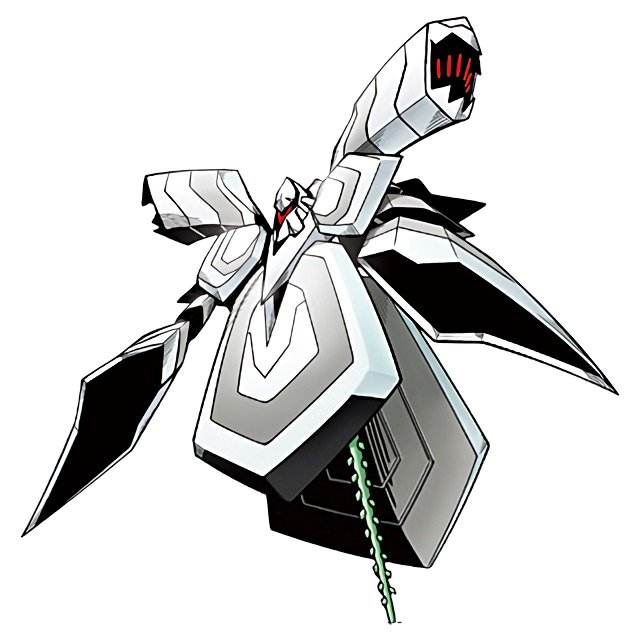 Named after the world tree of Norse cosmology, Yggdrasil is alluded to by many digimon profiles as the highest authority of the digital world, and the being served by the Royal Knights to maintain order. It was even his idea to unleash the X plague and remake the digital world with the X-antibody, among other cataclysmic decisions that, at times, have made him the main antagonist of a storyline. One such instance was in the Digimon Savers anime, when Yggdrasil sought to destroy the human world. 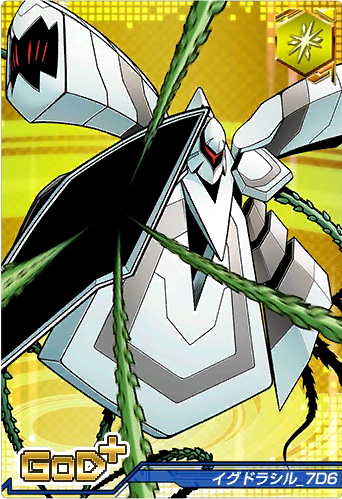 Yggdrasil normally appears as a giant tree, obviously, but can generate a battle avatar called Yggdrasil_7D6, which looks rather like a giant, robed figure made of metal places, puppeted around on the end of a vine. That's pretty rad! It can also shoot more vines from its "sleeves."

The really fun thing about this being, though? It's supposed to be the will of the original host computer serving the digital world, and the name of that computer, or Yggdrasil's "true name," is "2-9000-WZ." The number 9000 appears several other times in reference to the entity, and that is fully intended to be a reference to another famous, antagonistic fictional computer.

When 7D6 is defeated, a "core" form attempts to escape from it, eerily resembling a serene, feminine figure with a crystalline body. This figure is punched in the face by a regular guy and shatters.