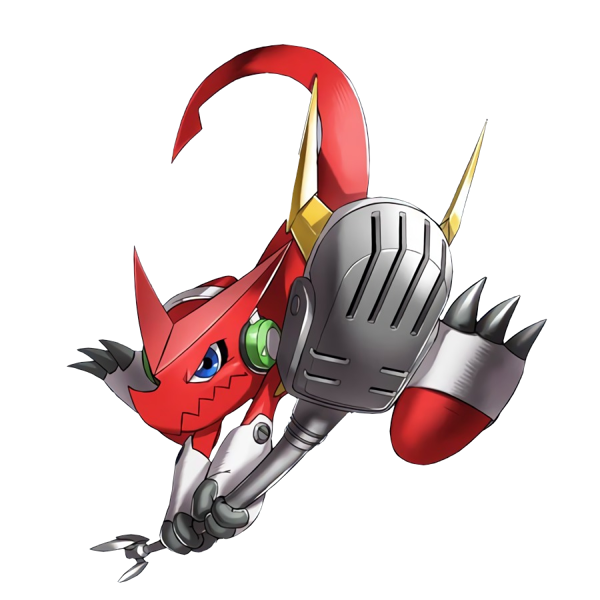 Oh boy...how do I even rightfully go about this one? Or, for that matter, the entire series that he's from? 2010 brought with it the most radical new Digimon continuity seen at the time, what would become Digimon Xros Wars or Digimon Fusion. In this setting, though many Digimon could certainly still "evolve," the whole concept of "evolution levels" was effectively thrown out; no more "child" or "perfect" or "ultimate" digimon at all.

Instead, for this series, the ability of digimon to fuse together into hybrid forms took center stage, hence "Xros Wars," and it was established that any combination of digimon had equal potential to fuse into a brand new creature. 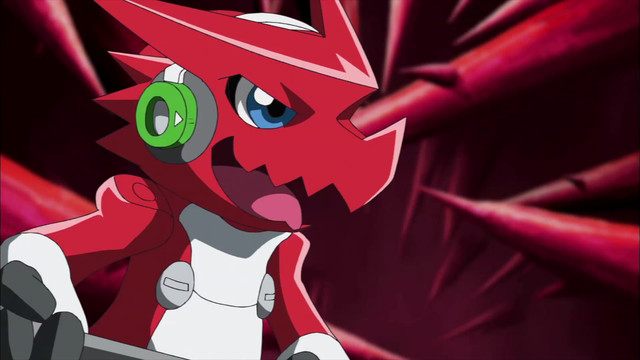 The main hero digimon of this series was Shoutmon, and he may be another marketable little dinosaur mascot, but he's quite a bit different from the level-headed protagonists of previous Digimon series. This little dinosaur is a more "hot-blooded" sort of hero, loud and reckless and absolutely determined to become king of all digimon by any means necessary, which is honestly a fun change of pace from the usual Agumon knockoff.

As a digimon species, Shoutmon's trademark power is indeed his loud voice, which reflects his "raging emotions" as he belts out screaming rock songs into his portable microphone. Adorable! I really love the idea of a little digimon as one of those over-the-top, hyper-intense anime heroes.

...But just how do we go about reviewing ALL the various forms of a digimon who has fused with dozens of others over the course of both an anime and a manga series? Well... As demonstrated by this fusion of Shoutmon and Jijimon, most of the fusions introduced in Xros Wars continuity are one-offs, sometimes even fleeting visual gags, that don't really mash up the constituent digimon in any particularly surprising way, and there isn't a lot we would be able to say about most of them other than "this sure is Digimon A with parts from Digimon B."

Any attempt to be completionist here would be a waste of your time and mine without any commentary exciting enough to make up for it, so we're only going to look at Xros Wars fusions when they're really exceptional or really important, which ultimately isn't all that many of them, to be honest. In the case of Shoutmon, almost everything that relevant is a fusion form between him and a digimon we'll be reviewing later, so, surprisingly, we won't really be talking about any of them on this page after all. 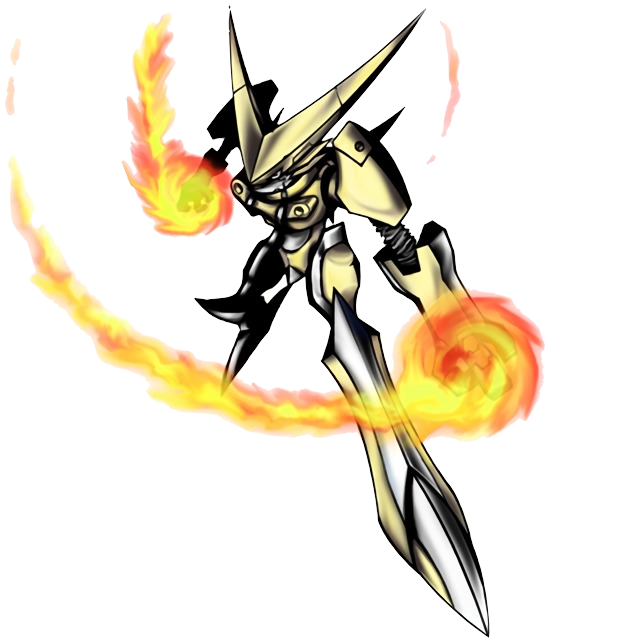 ...Except, perhaps, what is sometimes considered a fusion between Shoutmon and Omegamon by some sources, but actually represents Shoutmon properly digivolving through power bestowed upon it by Omegamon.

"Omega Shoutmon" doesn't look great in most illustrations, but it does look really cool and slick in this official illustration. Sometimes it's all about the pose and shading, I guess. Its passionate soul has supposedly been fully unleashed here, and its attacks have names like "Hard Rock Damashi" and "Heavy Metal Vulcan."

For one of those more humanoid, metal-plated evolutions, Omegashoutmon is a fairly stylish one. 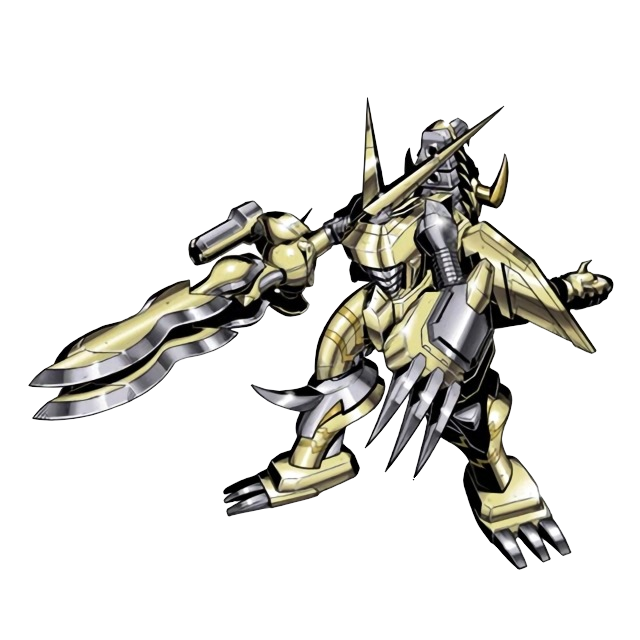 There's also "Shoutmon DX," which is when Omega Shoutmon acquires power from "Zeke Greymon," which we'll also see later, but I include it here because it still feels like a special evolutionary form of the Shoutmon line. A little messy.

This, for now, is going to conclude our look at Shoutmon.