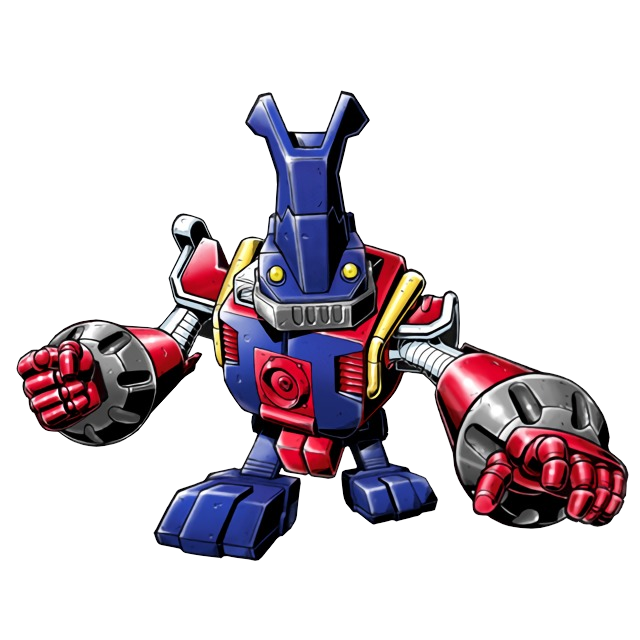 Our next digimon is a bit more exciting; one of those rare and precious insectoids, even if this is another fully robotic one. It's at least fairly cute by robot digimon standards, with a big blocky lower jaw and beady, staring little yellow lights for eyes! 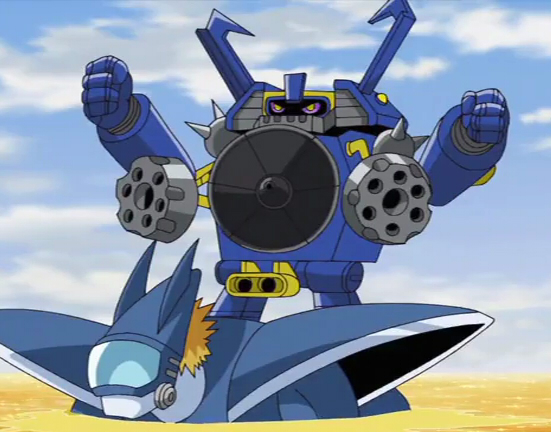 Oddly however, Ballitsamon used to be a very different, loud and malevolent digimon, Darkvolumon, until Shoutmon personally rebuilt him into the gentle friend he is now. They're a good match, too, since Ballistamon's main power remains its speaker system, now a booming subwoofer! 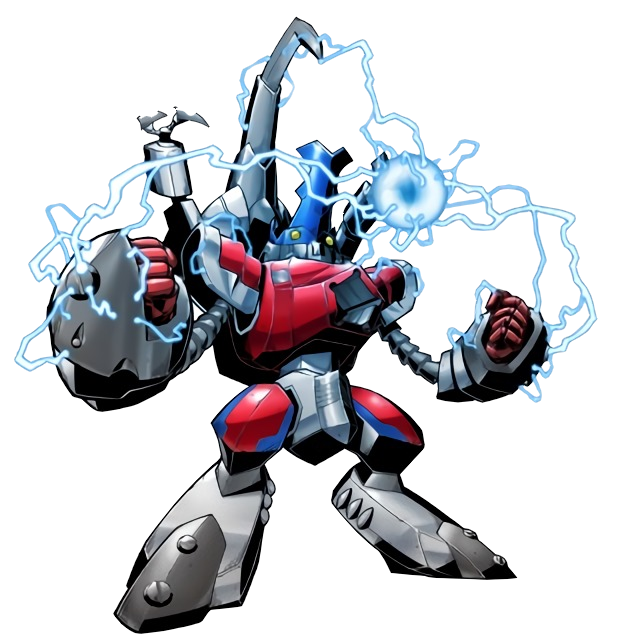 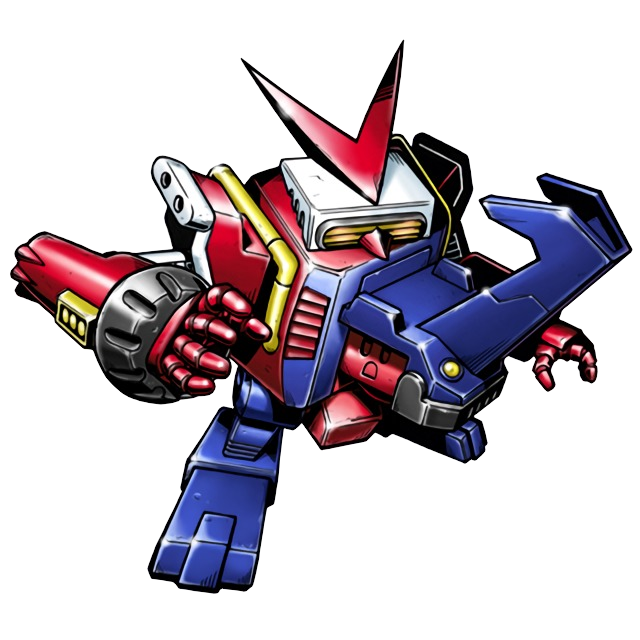 One fusion form between Ballistamon and Shoutmon looks enough like its own species to warrant a closer look, too. It's oddly enough considered "Shoutmon X2," but there sure isn't a whole lot of Shoutmon in the design, except for that red V derived from the top of his head I guess! It's basically supposed to be Shoutmon actually encased inside of Ballistamon like a mech suit, taking their friendship to a far deeper level and enabling an array of more offensive abilities including one known as the Buddy Blaster.

Digimon designs by this point in the franchise still aren't really my style anymore, and obviously I like the biological arthropods more than Ballistamon visually, but the characterizations are so gosh-darn cute and fun!