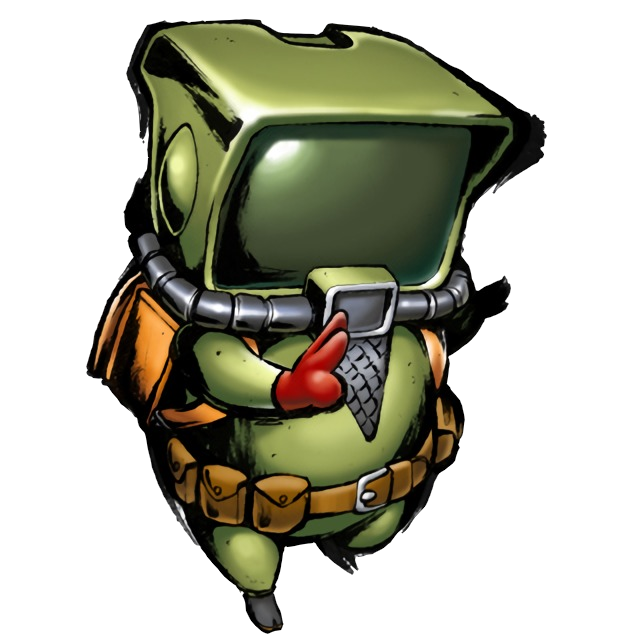 ADORABLE. Monitamon are just goofy, tiny, fat little "ninjas" with surveillance monitor heads! Such a simple design, but so immmediately charming and memorable! They're also hilarious, because they think of themselves as master spies and intelligence gatherers but their profile says they're really just "stalkers" who like peeping on others and sharing their discoveries with one another via an electronic network. CREEPS! Adorable, bumbly little creeps! 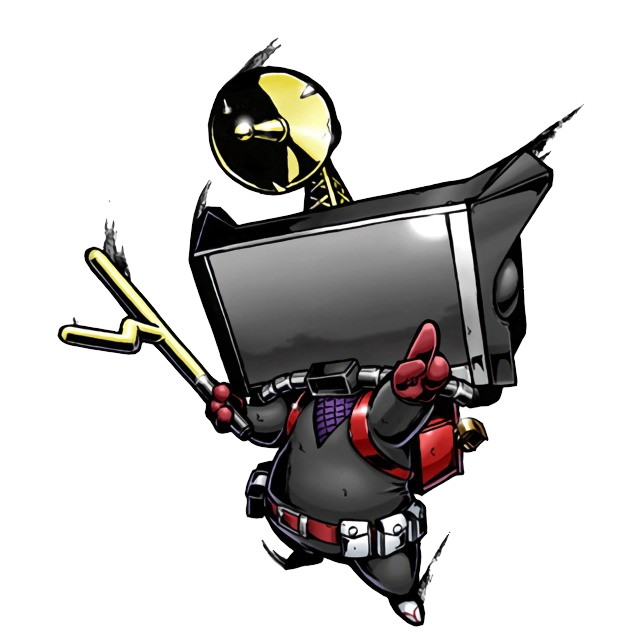 We then have "Hi-Vision Monitamon," which is actually the result of two to three Monitamon fusing together! It supposedly has greater strength, intelligence and surveillance abilities than the sum of its parts and acts as tactician to the Monitamon, but unfortunately "gets so passionate it doesn't stop talking." Do these little guys ever do anything right?! 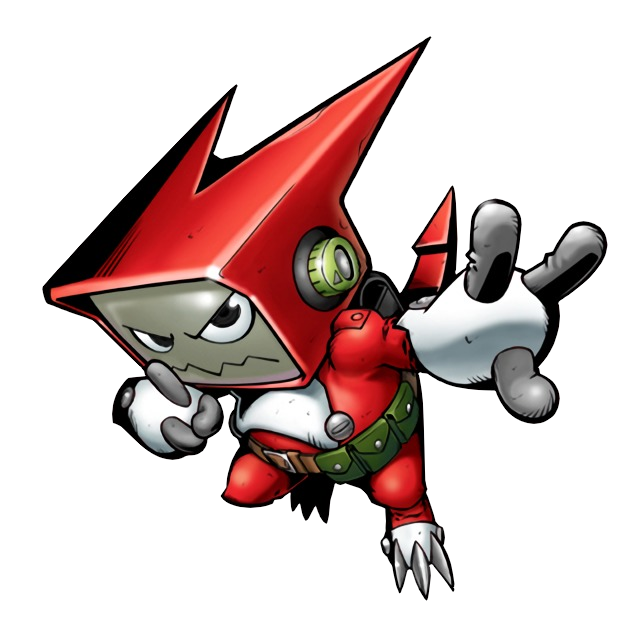 Once again, a major digimon from this series has a single special fusion with Shoutmon, too, this one known as Shonitamon. In this fusion, Shoutmon's fiery passion becomes an "overflowing curiosity" to such an extreme that even though it has the power to escape any situation in a flash, it never successfully uses the ability before its curiosity overcomes its sense of safety and it just keeps on its snooping.

Shonitamon's profile also says there are "many reports of it at hot springs and pools," but it insists it is a "scout, not a voyeur." Hah.

Sadly, all this is once again restricted to the digimon's profile, and never factors into the anime. 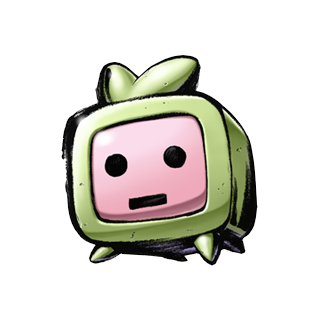 Finally, this digimon has what is quite obviously intended to be its own unique Baby or Baby II stage, Minimon! Like I said, Xros Wars doesn't acknowledge evolution levels, so it's implicit that this is a baby Monitamon, but it's never even seen evolving or fusing into one.

Monimon are still considered "ninjas" as well, but apparently they can't hide their emotions and even their dreams are projected on their screens while they sleep, causing them embarrassment!!