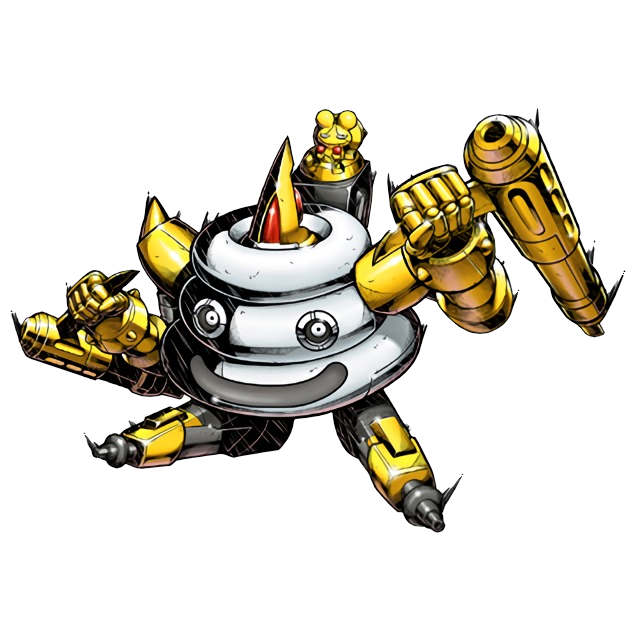 Fairly unexpected, this machine digimon is a homage to Sukamon, formed out of "waste data" with a metal body in the shape of a giant turd. Now obviously Damemon is no replacement for Sukamon and not as appealing to me as any "biological" digimon could ever be, but the principle of a poop-shaped robot is certainly a worthy addition to the various "trash" digimon and I really like its Dragon Quest looking cartoon face! "Dame" is Japanese for basically "no good!" and Damemon says it ALL the time.

Damemon is first seen in Xros Wars as a sourt of "court jester" or "pet" employed by Lilithmon, but he's actually operating as a spy for another villainous digimon, Darkknightmon, whom we'll see later. 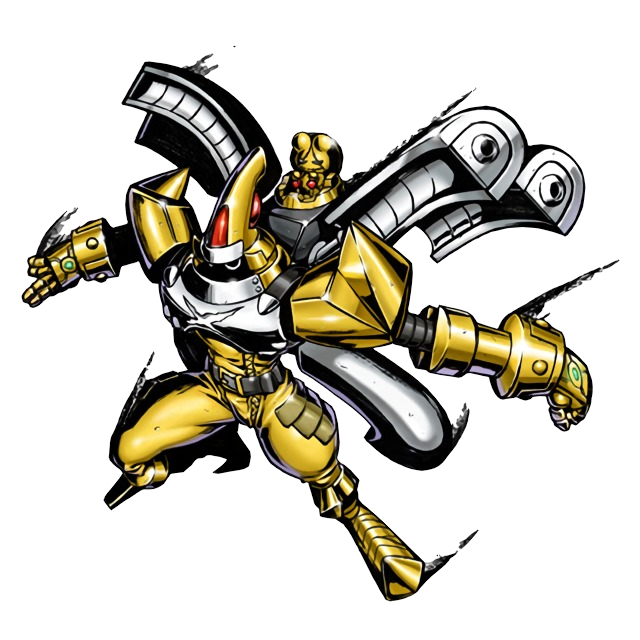 But wait! It turns out Damemon's "true form" is also a very different ninja-ike digimon, Tuwarmon, which unfolds from the poop armor like a really weird transformer. Am I disappointed? Yes. This is not a design that looks all that great to me. It is, however, an interesting concept that this digimon basically camouflages itself as one of the stinky failure evolutions.

So, who is that riding around on Damemon and Tuwarmon? 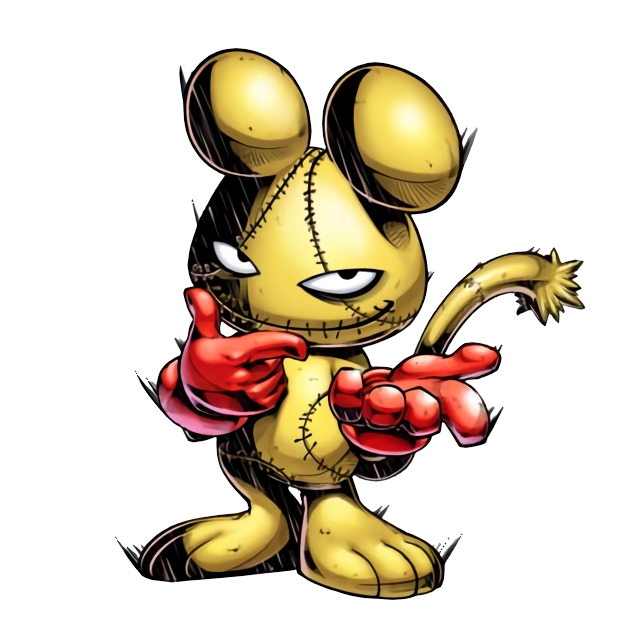 Just like Sukamon, Damemon/Tuwarmon is initially partnered with a teeny, tiny mouse-like Digimon. Unlike Chuumon however, Tyutyumon (more or less the same as just being named Chuchumon) is actually a fairly powerful digimon whose data is merely well compressed into an unassuming size...and he also happens to be pure evil. Damemon turns out to have more of a soft spot for the innocent and disagrees with a lot of their nefarious plans, but eventually gets destroyed as Tyutyumon continues on as a full fledged villain!

The mouse meets his own end some time later, however, and Tuwarmon not only ends up returning to life, but permanently joining the hero side. Designwise, I really love everything about this little fink. The weird, stitched-together doll body, the conniving, narrowed eyes and even the lack of a nose all give him a very snazzy look that's nicely distinct from Chuumon. It really is too bad this series is so ambiguous about evolution levels, because it would be interesting to know if this digimon would have just been an equivalent counterpart to Chuumon or a higher evolution. The latter seems more likely, given how tough he is for his size. Could this have even wound up a Perfect or Ultimate for Chuumon?