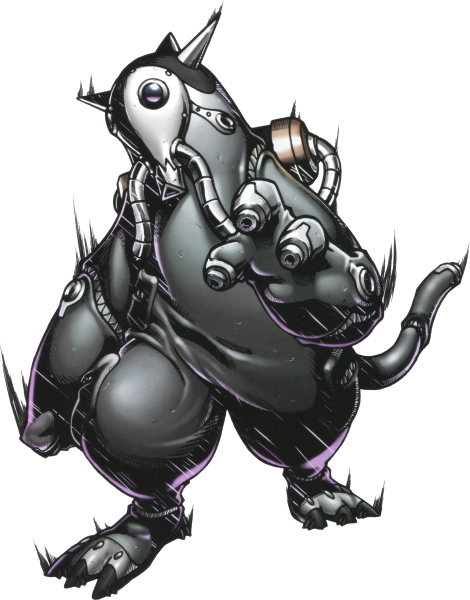 So it's been a long time since I loved a digimon enough for my "personal favorite" rating, and today's digimon...still falls short, actually, but it only falls JUST BARELY short. If my personal favorite rating can be considered a 6 out of 5, then Troopmon is almost certainly our first 5.5 out of 5 for being such a unique, creepy concept with a design to match!

Making up the bulk of the main villain's army, the idea behind Troopmon is that it's a hollow, rubber body filled like a balloon with raw data harvested from other digimon, the digimon world equivalent of animating an artificial doll with fragments of departed souls! It's even considered either a "machine" or "undead" digimon depending on who you ask, and if it gets damaged, the stolen energy simply leaks out, flies home and refills a brand new Troopmon body. Creepy!! 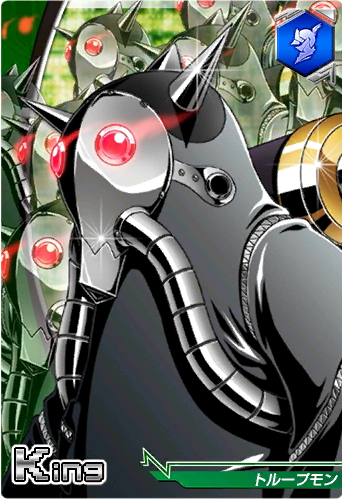 Troopmon's design feels similar in spirit to such freakshows as Raremon and Porcupamon, and I feel like it probably would have been treated as one of the Adult-level failure evolutions if 2010 digimon still operated under the old rules. I love its resemblance to a big biohazard suit, and its vaguely dinosaur-like elements feel very appropriate for something that can be animated by basically any digimon data; a hollow "template" of a digital monster! I also love absolutely anything with a gas mask face, and that simple, jagged line through the mask's "snout" allows you to simultaneously read the whole thing like a stylized skull! That's SO neat!

In the earlier days of Digimon, I feel like Troopmon may have been either a "failure" Adult stage like Raremon or Numemon, or one of those Perfect levels that evolves from a failure, like Mekanorimon or Monzaemon. In the latter case, I want to say Bakemon would be its go-to prevolution, considering its concept; a suit created essentially to give a ghost its body back.